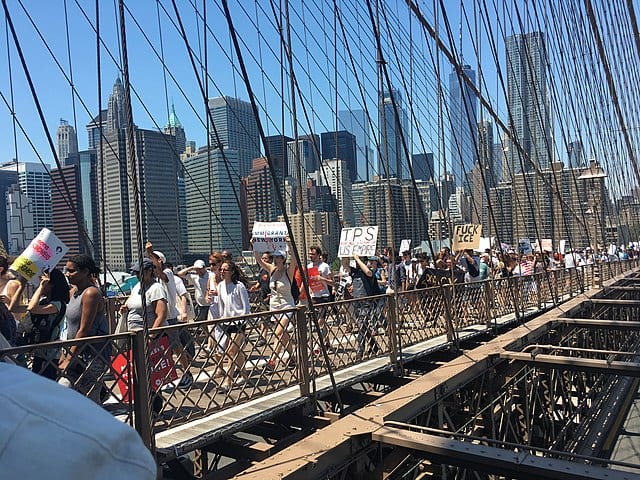 For those still clinging to the notion that the Sierra Club is just an organization for nice folks who like birds and who want clean air and clean water, rather than the full-service left-wing pressure group it in fact is, a sample from a recent issue of Insider, the official newsletter of the Sierra Club, will be instructive.

The Insider points with pride to the fact that Sierra Club associate communications director Javier Sierra, joined about 30,000 other fans of open borders in Washington in one of the 600 or so “Families Belong Together” rallies held across the nation to, as the Insider styles it, “demonstrate support for immigrants and opposition to the Trump administration’s ‘zero tolerance’ policy, which has separated nearly 2,500 children from their parents at the U.S. Mexico border.” No mention of the fact that the policy has also separated thousands of gate-crashers who had no business being here from the United States.

Having trouble finding the clean air and clean water connection here? Me too.

Stay a while. There’s more.

The next Insider item charges that President Trump is trying to “rig the 2020 Census by adding a question about citizenship.” And what’s wrong with asking someone living in the U.S. if he/she is a citizen? Well, you see, this, according to Sierra, is a “move that would guarantee lower participation from immigrant communities.”

“Immigrant communities?” What a nice way of saying Mexicans, Colombians, Salvadorans, Guatemalans, et al. Why folks who can’t truthfully say they are a U.S. citizen should have any participation at all Sierra doesn’t say.

I suppose there’s a way to connect these issues with clean air, clean water, and the survival of bald eagles and grizzly bears. But who would want to watch the forensic calisthenics necessary to do so? Easier to leave it at the obvious. That the Sierra Club is all left all the time.