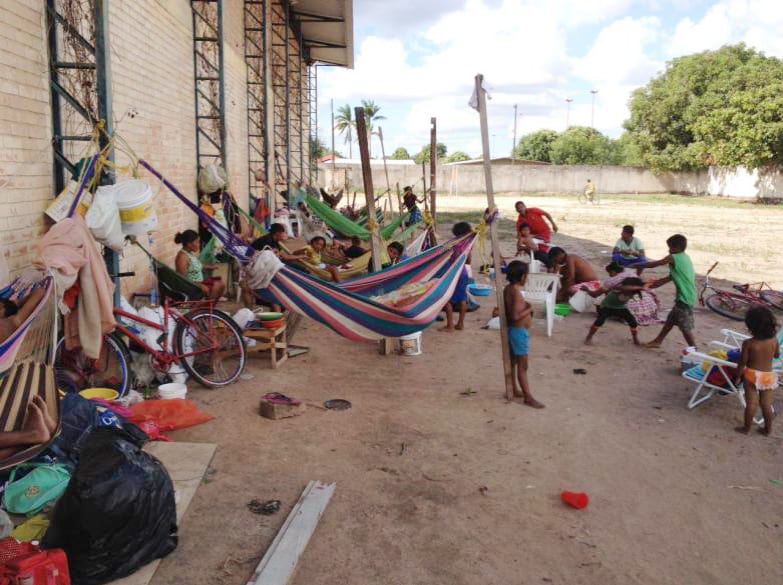 According to the United Nations Refugee Agency, there are over sixty-five million displaced people worldwide.  One crisis of mass migration that hasn’t gotten much attention, but certainly should, is from the Marxist paradise of Venezuela to anywhere else, but mostly their neighbors.

Since Hugo Chavez was elected president in 1998, three million Venezuelans have left the country, an equivalent of a tenth of the population. What is most concerning is the fact that close to half of those emigrants have left in the last two years. With numbers as high as this, the Venezuelan migrant crisis is comparable in size to the crises in Syria and Myanmar.

While there has been concern here in the United States that the Venezuelan migration could lead to an influx here, most Venezuelans fleeing the country have settled nearby. In Colombia, there are currently 550,000 Venezuelans who have come to the country seeking to escape the poverty of their home country. The Venezuelans who are living in Colombia largely live in squalor or out in the open. They are working in the informal economy and often only make several dollars a day. People wash windshields, sell trinkets and snacks on the street, and even resort to prostitution just to stay alive. Additionally, Venezuelans often commit crimes in the country, usually robberies, that terrorize local populations. Ironically, some of the crimes committed by Venezuelans in Colombia are in conjunction with the ELN, the largest remaining Marxist guerrilla organization in the country. Last week, two Venezuelan ELN members were killed in a botched highway bombing. The president of Colombia, Juan Manuel Santos, is quite concerned with the influx and is taking action. Last week, he arranged for two thousand soldiers to be deployed to the border. Representatives from Colombia have gone to Turkey to study their refugee crisis to better respond to their domestic issue.

A similar situation is occurring in the north of Brazil. On Thursday, President Temer declared a state of social emergency. In the northern border state of Roraima, 40,000 Venezuelans have flocked to the capital, Boa Vista. The influx of Venezuelans, which amounts to a tenth of the population of the city, has led to major strains on social services and infrastructure. Military forces are being sent to the state, both for security and to provide humanitarian aid. Many locals are worried that Venezuelans will take away opportunities and resources from local people, a sentiment similar to what many in the US feel. These tensions have unfortunately led to violence. On Valentine’s Day, five Venezuelan migrants were injured in attacks using Molotov cocktails and gasoline. With Venezuela’s economy getting weaker by the day and the government becoming increasingly unstable, it’s possible that this problem will only get worse.

The U.S. response to this situation has been weak. The United States, along with other countries, is considering an oil embargo on Venezuela to punish the totalitarian government. Venezuelans are also engaging in a fear-mongering campaign against the United States and allies, claiming that Colombia is planning to invade the country, backed by the US of course. This comes in the wake of a meeting between the head of US Southern Command and the Colombian vice president. The meeting focused on stopping drug trafficking, but Venezuelan propagandists have seized on it nonetheless.

The humanitarian and refugee crisis in Venezuela is probably the greatest problem facing the Western Hemisphere in recent years, and things are likely to get worse. One thing is clear, socialist governance leads to misery. While death is the starkest example of the misery brought by communism, it also results in deprivation so severe that refugee crises result.

Venezuela is just the latest example.