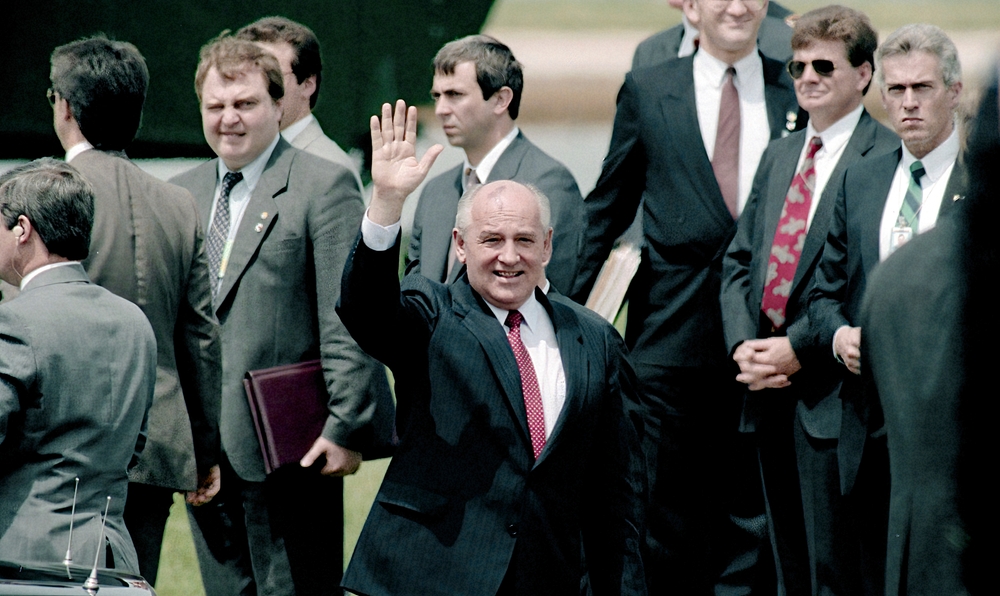 Mikhail Gorbachev, a communist to the end, died at 91 on Tuesday.

“The Soviet collapse was not Mr. Gorbachev’s goal, but it may be his greatest legacy,” reads the Washington Post’s obituary. “It brought to an end a seven-decade experiment born of Utopian idealism that led to some of the bloodiest human suffering of the century. A costly global confrontation between East and West abruptly ceased to exist. The division of Europe fell away. The tense superpower hair-trigger nuclear standoff was eased, short of Armageddon.”

That all reads unobjectionably. The obit writer then claims, “None of it could have happened but for Mr. Gorbachev.”

As the paragraph preceding indicates, Mikhail Gorbachev drifted helplessly in the currents, despite massive efforts to swim against them, of the 1980s. He did not propel them. Ronald Reagan did.

So did Václav Havel. So did Lech Wałęsa. So did Andrei Sakharov. So did Pope John Paul II. So did Margaret Thatcher. So did Helmut Kohl.

“I trusted him then and I still do,” Gorbachev explained of Vladimir Lenin. The people living behind the Iron Curtain repudiated Lenin. Mikhail Gorbachev never did.

Ronald Reagan represented the massive change from U.S. leaders of its détente past. Gorbachev wished to preserve the regime begun by Lenin and his ilk. Reagan, not Jimmy Carter or Gerald Ford or Richard Nixon or Lyndon Johnson, sought to end it.

Mikhail Gorbachev’s dream died more than three decades ago. His body caught up with the demise of his dream on Tuesday.

If humanitarians can rejoice that he did not react to uprisings as a Stalin or a Khrushchev did, the realists can certainly assert that even if he wanted to, he couldn’t crush such uprisings by 1989. A man who could not hold onto his own dictatorial power in the Soviet Union two years later, after all, hardly wielded the power to maintain vassal states in Albania, Yugoslavia, Czechoslovakia, and points beyond.