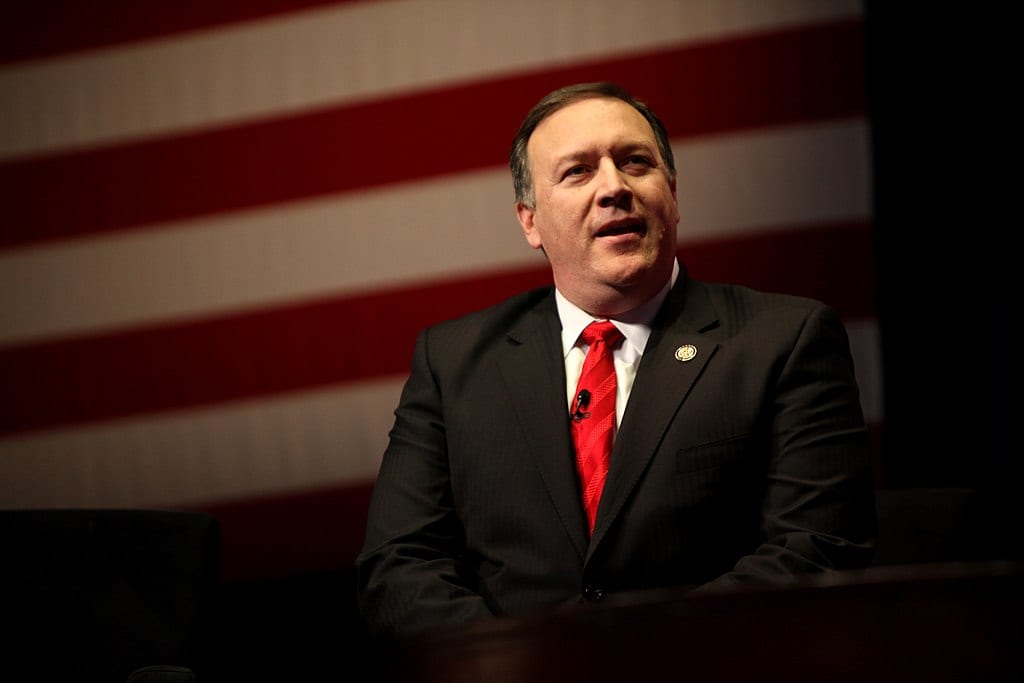 When a cabinet secretary supports, or at least does not publicly dissent, from presidential policies, that’s commonly known as a “dog-bites man” story, not exactly newsworthy.

The case of secretary of state-designate Mike Pompeo is different. He has a significant record of supporting the domestic social-issues agenda of the President who has nominated him — and that is huge news.

The last three Republican secretaries of state openly disagreed with the presidents they served on the right to life of the unborn. The same three unhesitatingly shared the liberal view on issues of same-sex marriage and gender ideology. Notably, President George W. Bush’s top diplomats, Colin Powell and Condoleezza Rice, held these views on “gender” years before the Supreme Court’s Obergefell decision.

Far from coincidentally, Business Roundtable mandarin Rex Tillerson was recommended for the secretary of state job to Donald Trump by Condoleezza Rice. Tillerson was and is a member in good standing of the pro-choice, social issues liberals’ club.

Why does this matter?

The United States simply cannot lead nor be taken seriously by foreign governments or foreign publics on a critical issue when our chief diplomat is known to dissent from the president’s policy. A president’s own claim to be the leader of an exemplary democracy is undermined when his campaign promises to key constituencies are opposed and dismissed by his secretary of state.

For pro-life conservatives, it is painful to recall the George W. Bush years. Secretaries Powell and Rice used their pro-choice positions to gain some cover from the liberal news media, cover they were only too happy not to share with their president. Support for “abortion rights” also provided them greater ease of working with Washington’s iron triangle of permanent power — the career bureaucracies, Capitol Hill insiders, and the aforementioned mainstream liberal media.

While social-issues conservatives were indispensable to George W. Bush’s electoral wins, they were despised and marginalized by the figures who actually held power during his administration. Let it not be forgotten that George W. Bush’s wife, Laura, was openly pro-choice and supportive too of an agenda against the traditional definition of marriage. For eight interminable years Laura Bush’s East Wing led a socially liberal Fifth Column against the pro-life, pro-family voters who had elected her husband. Mrs. Bush and her allies kept a keen eye on the polling numbers. As the president’s popularity plummeted, hers rose. All the First Lady’s Ladies (and a few Laddies too) saw that opportunity and took it.

Nowhere was this more evident than in the United States Agency for International Development. USAID, nominally subordinate to the State Department, is where most U.S. foreign spending on health and other social issues takes place. Under George W. Bush a succession of execrable, liberal Republicans-In-Name-Only sat atop USAID, fighting for ever-bigger budgets for their empires while keeping actual power in the hands of kooky-left career foreign aid bureaucrats.

Protected by Laura Bush, George W. Bush’s USAID Administrators regarded social-issues conservatives with contempt. “We need to defend the Agency from the Religious Right,” was the mantra of more than one of these. They considered the rural Evangelicals and blue-collar Catholics to whom they owed their jobs as useful idiots. Never strong in self-awareness, the foreign aid administrators failed to recognize that the career bureaucrats whom they only pretended to oversee regarded them, too, as useful idiots.

Pro-lifers and other social issues conservatives have been blackballed by the foreign policy establishment for so long that there’s essentially no living memory in the State Department and USAID of our views being taken seriously.

Turning this situation around is a massive challenge for Mike Pompeo. It will require relentless attention to effecting real change in personnel and policy, the likes of which have not been seen since the presidency of Ronald Reagan.

Joseph Duggan, a writer and consultant, was a State Department appointee in the Reagan Administration.