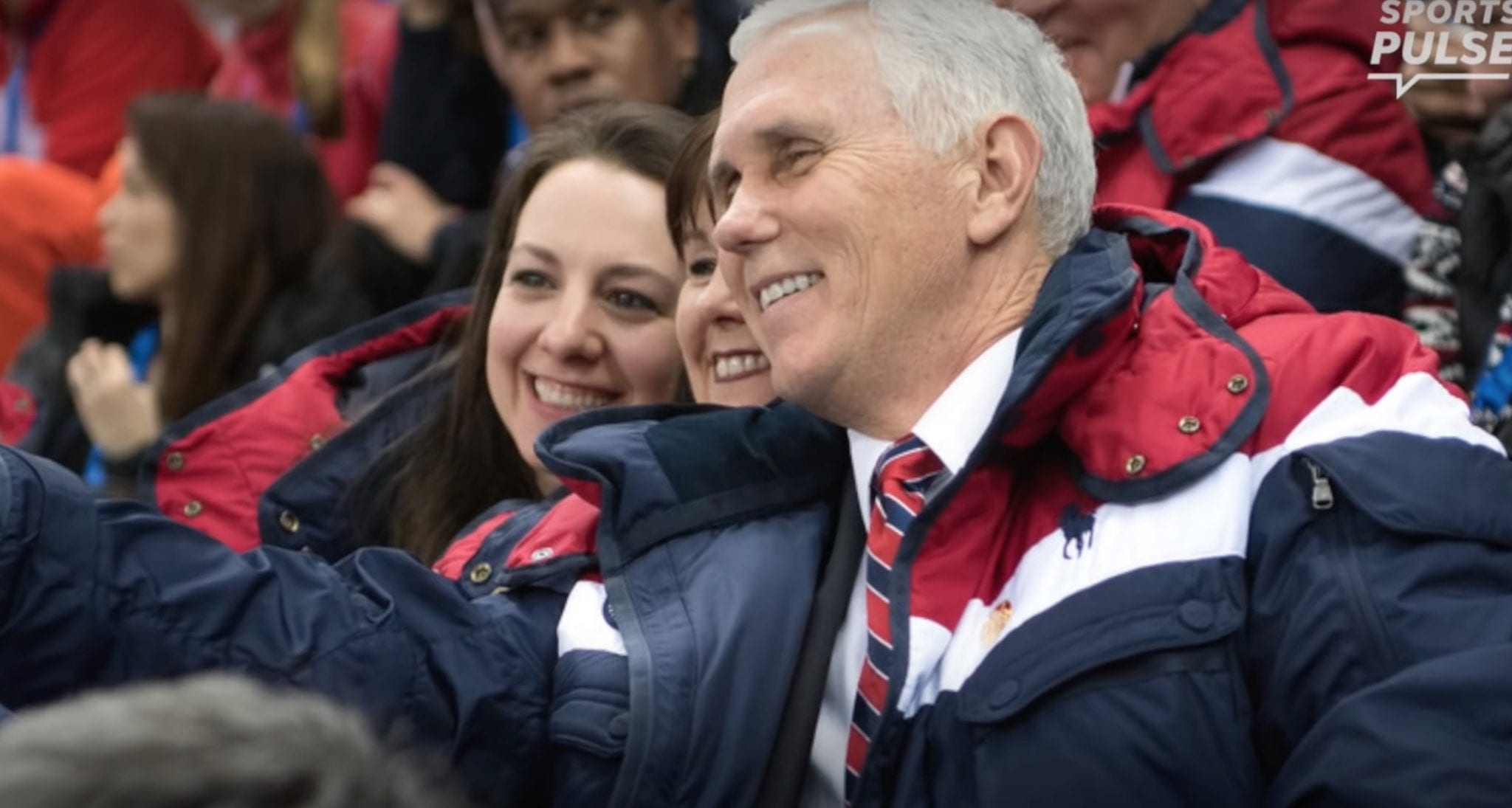 Did you hear the one about the gay U.S. men’s figure skater in the Winter Olympics? No, this isn’t the start of a barroom joke, but just more of the same PC drivel that has been leveled at Vice President Mike Pence since he became a nationally known politician.

Bad enough for the Vice President for having to sit through a freezing cold miserable opening ceremony in the frigid city of Pyeongchang, South Korea, sharing the spotlight with CNN’s new favorite darling, Kim Jong Un’s sister. If that wasn’t bad enough, he is being subjected to unsolicited critical comments from two members of the U.S. Olympic team because of his Christian values.

The always gracious Pence responded by issuing the following statement which denied for the umpteenth time that he advocates gay conversion therapy and that he was supporting all U.S. athletes: “The vice president is proud to lead the U.S. delegation to the Olympics and support America’s incredible athletes. This accusation is totally false and has no basis in fact. Despite these misinformed claims, the vice president will be enthusiastically supporting all the U.S. athletes competing next month in Pyeongchang.”

Alas, as you could very well guess, his words fell on deaf ears as the other openly gay U.S. Winter Olympian, freeskier Gus Kenworthy, had this to say: “To have somebody leading the delegation that’s directly attacked the LGBTQ community, and a Cabinet in general that just sort of stands against us and has tried to do things to set us back, it just seems like a bad fit.”

In whose opinion, Mr. Kenworthy? Pence is a bad fit for team USA because Kenworthy says so? Uh no, Mr. Kenworthy. Vice President Pence was part of the ticket that won the Executive office of the United States. He is the people’s choice. Mr. Kenworthy, you, perhaps, not so much.

But this is the sort of treatment Pence has put up with even before he became Vice President. It is pretty much standard operating procedure these days that no matter where Pence takes up residence or travels to, gay activists will hang pro-gay anti-Pence banners and become general pains in the you-know-what by having things like all night long dance parties in the street in order to disrupt the Vice President’s life.

What specifically outrages gay activists about the Vice President?

When it comes to homosexuality, the modern left is absolutely brutal with anyone who doesn’t 100% support the cause. You believe homosexuality is a sin? They’ll outlaw your religious affiliations from helping to find orphans homes. Don’t want gay scout leaders? They’ll ban the Cub Scouts from using public lands. Your state doesn’t support publicly funded transgender restrooms? They’ll bully businesses from doing business in your state until you do.

That font of wisdom, Whoopi Goldberg, is typical in the nastiness of your archetypal Pence critic. Yesterday she compared the Vice President to a Nazi when she said in regards to Pence and Rippon possibly meeting, “I think it would be like asking a Jewish person to sit down and understand where the Nazi is coming from. I think that would be a difficult thing.”

Compare and contrast, say Whoopi Goldberg, Adam Rippon, Gus Kenworthy, and the homosexual activists to Mike Pence, and it becomes clear quickly that Pence is the only rational and tolerant person among that group.

On Monday night Adam Rippon won a bronze medal for team USA. Even if he had won the Gold, he would be a loser in my book.