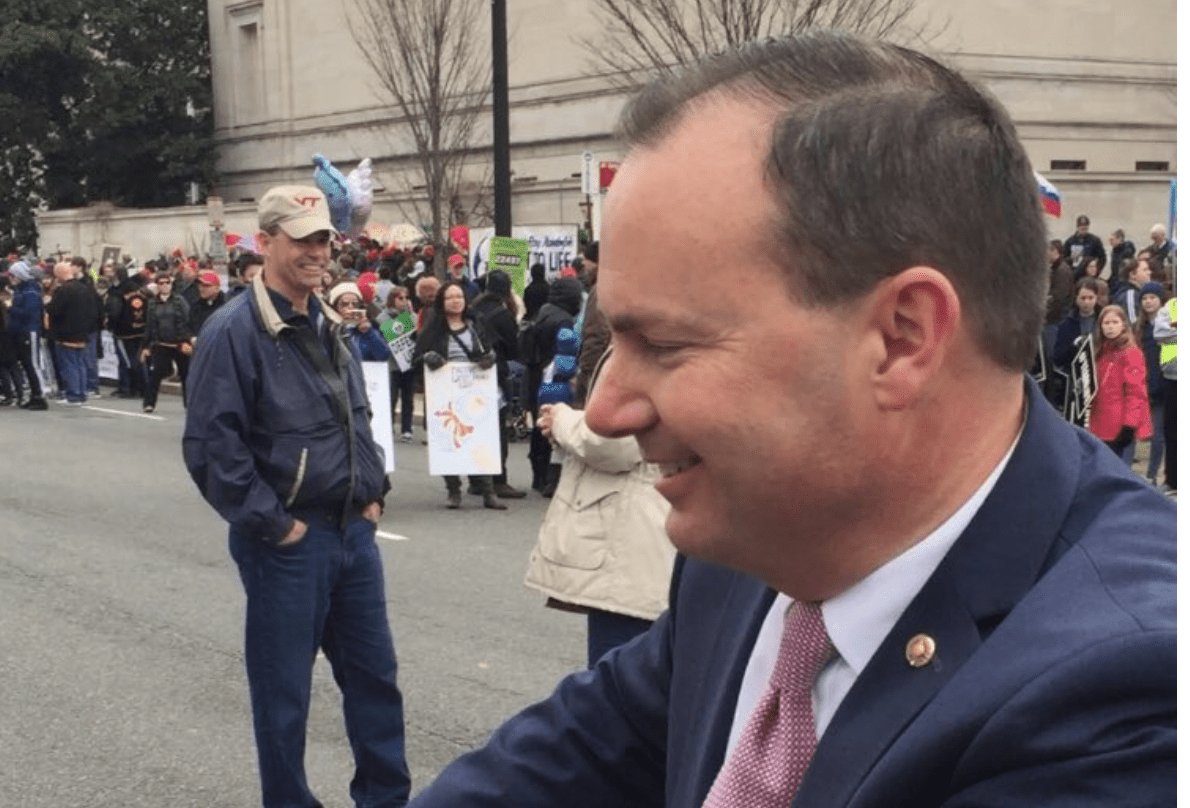 Sen. Mike Lee (R-Utah) said at the 47th annual March for Life today that Nancy Pelosi “really should come to the march next year.”

Lee was riding a Lime scooter after leaving the rally when he was approached by several reporters, one of whom was carrying a life-size cutout of Pelosi. The reporter asked Lee if he had any words for Pelosi.

Lee replied that he was going to vote “no” on the articles of impeachment and added that Pelosi should attend the annual pro-life demonstration next January.

@SenMikeLee zooms off on a Lime Bike after telling reporters that he will vote against the articles of impeachment and that Nancy Pelosi “really should come to the March next year.” #MarchForLife pic.twitter.com/OZg7g0DPK0

At the rally kicking off the march, President Donald Trump commended Lee for his pro-life stances. Trump was the first sitting president to attend the March for Life, a widely attended protest against the 1973 Roe v. Wade decision, which legalized abortion across the United States.

Lee has a history of supporting pro-life legislation: he is currently sponsoring the “Abortion is Not Health Care Act of 2020.”

Today, thousands of Americans are marching across Washington, across Utah, and across the country for the most important cause there is: the right to life. I stand with you, and encourage you to keep up this good fight. #MarchForLife pic.twitter.com/iM0WPy76h8