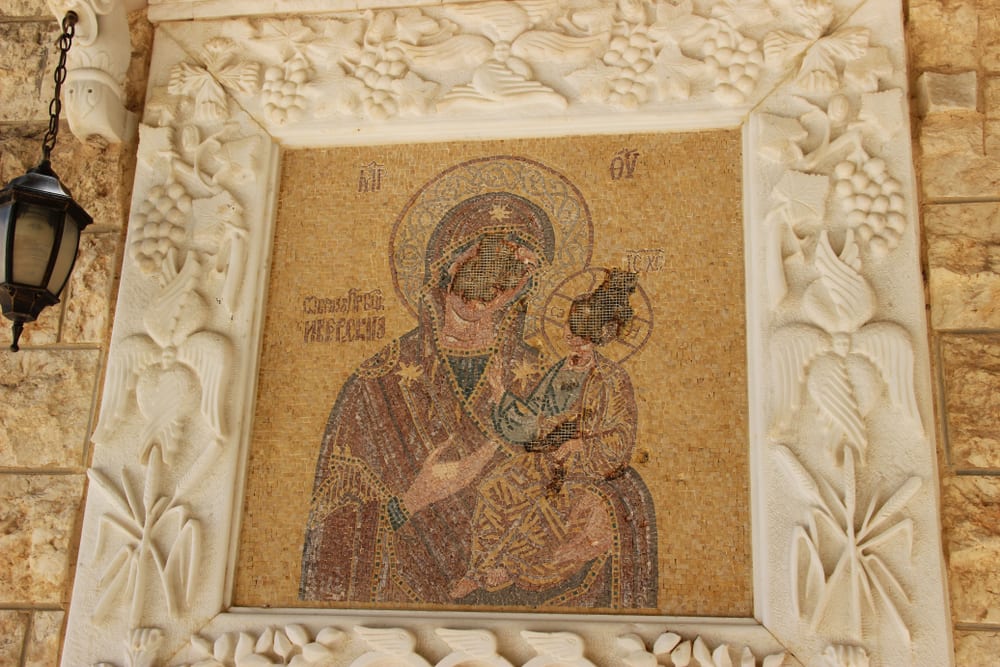 The Islamic State’s attempt to set up a Middle East caliphate has failed spectacularly. The group never had much of a chance, since it has targeted virtually every government in the region. But most of the Arab states were vulnerable internally and dependent on the U.S. for their security. Now ISIS appears to be morphing into a more conventional terrorist organization. A caliphate repeat appears unlikely.

The catastrophic impact of what Arab states called Daesh, however, lives on. The movement killed freely, including Muslims it judged to be insufficiently radical and ruthless. But Christians and other religious minorities, such as Yazidis, suffered most grievously. The Assyrian Confederation of Europe has published a depressing report entitled “Struggling to Breathe: The Systematic Repression of Assyrians.”

About 3.5 million people worldwide trace their ethnic heritage to ancient Assyria. Most are Christian; most speak the ancient language called Aramaic, Assyrian, or Syriac. Iraq’s Nineveh Plain hosted the bulk of that nation’s 200,000 Assyrians, the most in any one Middle Eastern nation. Tragically, noted the Confederation, “Assyrians are one of the most consistently persecuted communities in Iraq and the wider Middle East.”

Indeed, the community has faced far more than pervasive discrimination and marginalization. A century ago Assyrians were caught in the Ottoman Empire’s genocidal campaign against Armenians. The Islamic State rose in 2011, conquering much of Iraq’s Nineveh Plain and committing murder and depredations well beyond that nation’s borders. The Confederation reported, “Hundreds of thousands have fled to Europe, North America, and elsewhere, seeking peaceful and prosperous lives.”

The end of the caliphate, however, has not ended the Assyrians’ travails. ISIS worked to eliminate the Christian presence in areas that it controlled. Returning Assyrians are finding other forces essentially attempting to complete Daesh’s malignant work. As described in the report, Assyrians “were targeted for political and cultural repression and were affected by ongoing regional violence. Across the Middle East, Assyrians are facing an existential crisis due to these continuous pressures. Vulnerable Assyrian communities are increasingly marginalized and disenfranchised. They are being slowly smothered by repressive systems.”

In short, the allied victory over the Islamic State risks turning into another defeat for Middle Eastern Christianity.

Iraqi Assyrians predate Islam and have suffered periodic attacks over the centuries, especially in recent times. The worst recent horrors resulted from the sectarian conflict triggered by the 2003 U.S. invasion and then the triumph of ISIS in 2014.

The latter was catastrophic for minority faiths. The Confederation explained that “[w]hen Daesh occupied Nineveh, they gave Christians in the area an ultimatum: convert to Islam, pay the discriminatory ‘protective’ jizya tax leveled on non-Muslims, or be put to death. Hundreds of thousands of Iraqi Assyrians were forced to flee as a result. Thereafter, Daesh attempted to systematically eradicate Assyrian cultural and historical heritage, destroying Assyrian artefacts and bulldozing the ancient city of Nimrod in 2015.”

In short, the allied victory over the Islamic State risks turning into another defeat for Middle Eastern Christianity.

Although ISIS has been defeated, Iraq has not returned to the status quo ante. The Iraqi state is weaker, limiting its ability to defend the rule of law and protect its most vulnerable citizens, even if, unusually, it is inclined to do so. Moreover, multiple ethnic/religious militias created to battle the Islamic State remain active. Unfortunately, the rights of religious minorities are not a priority for them.

The Confederation study said, “Among the groups creating instability for Assyrians are the … Babylon Brigades and the Shabak Brigade 30. Both of these militias have links to the Badr Organization,” which is tied to Iran. “The presence of these outsider groups in a number of towns has prevented residents from returning home for an extended period of time, even once the areas had been incrementally liberated from Daesh.” Christians who did return were pressured to convert to Islam; women were especially vulnerable to harassment.

Unsurprisingly, then, Iraqi Assyrians have been reluctant to return. The Confederation explained, “Faced with these dangerous and turbulent conditions, a large number of the Assyrians who fled Iraq in terror still do not feel secure enough to return. Currently, just over half of the families who formerly resided in the Nineveh Region have still not repatriated.” Of an Iraqi Christian (mostly Assyrian) population of between 800,000 and 1.4 million in 2003, only about a half million remain.

Many returnees have found their homes and lands occupied by others, seized by local officials, or fraudulently sold by individuals in their absence. The report noted, “According to local journalism, Assyrian homes have been targeted substantially more than the property of any other group.” Assyrians also have been vulnerable to other crimes: “Some have complained of extortion from gangs and gunmen, while others have recorded kidnappings and murders.” A number of Assyrians have found the trauma to be too great to return to their community even if theoretically possible. Professional careers, too, have been lost. Moreover, according to the study, though refugees “were shielded from violence, many now feel as though their culture, language, and traditional beliefs have eroded during their absence.”

The slow, limited return of refugees has made Assyrians more vulnerable. The Confederation noted, “The depopulating of fragile areas renders the already-weakened Assyrian community even more vulnerable. With fewer Assyrians around to create a strong, supportive society, isolated individuals and families find themselves more easily exploited and ignored by other groups.” One important aspect is the closure of some churches, which typically are the center of the Assyrian community.

Another consequence of the smaller population is the ability of other groups, in this case Shia and Kurds, to manipulate the electoral system to fill parliamentary seats nominally designated for Assyrians. As the report details, anyone can vote for a minority representative, but need not vote for a minority to fill that position. Thus, most Christian seats are occupied by non-Christians. Moreover, the Kurdistan government, despite its positive reputation in the West, is undemocratic and for its own advantage sought to remove several Assyrian mayors. Even a system that is supposed to help protect Christians has been turned against them.

Elsewhere, Assyrians also have suffered. For instance, the report noted, “As in Iraq, Assyrians in Syria were brutally targeted as a result of the Christian component of their identity.” They typically faced a similar choice between converting, being penalized for being non-Muslims, or being killed. “In addition, Daesh kidnapped countless Christian religious leaders (many of whom remain missing today).” The impact of these crimes remains, having “left a deep scar in the Assyrian community.”

Moreover, the Confederation noted, “In another parallel with Iraq, paramilitary and militia groups representing all sides of the conflict continue to commit widespread human rights abuses. Based on their various ideologies, some of these groups target Christian minorities, including Assyrians. Because of the chaos caused by the ongoing Civil War, many acts of abuse go undocumented.” Christians also have faced discrimination as the government has given preferential treatment to Shia groups acting in its defense.

Again, despite Washington’s alliance with Kurdish forces in Syria, the latter have proved less than friendly toward religious minorities in certain ways. According to the Confederation, “Reports have emerged detailing forced displacement, the suppression of the Assyrian language in schools, and mounting pressure to lionize Kurdish figures to students.” The Kurdish regime also has seized Assyrians’ homes.

Overall, the impact on the Assyrian community has been devastating. “Facing violence from all sides and fleeing for their lives, Syria’s Assyrian population has been reduced due to death or displacement by more than half since 2011. As a result, this population is currently facing an existential crisis,” the Confederation warned. Violence has dissipated but other forms of pressure remain.

Historically, Assyrians in Turkey have been “oppressed, marginalized, and slaughtered.” Ankara has committed to improve its treatment of religious minorities, though the Confederation observed that “the extension of cultural rights and religious freedom has not yet been fully put into practice for many of these groups, including Assyrians.” Confiscated properties are being returned, though “the government’s treatment of Assyrian land holdings has been inconsistent at best over the course of the past decade.” Assyrians also face a number of other bureaucratic and legal obstacles to practicing their faith and living in their communities.

Iran also has proved to be an inhospitable home to Assyrians, despite formal acceptance of Christianity as a recognized minority. Persecution is real. According to the Confederation, “Christian churches continue to face extensive governmental surveillance, restrictions on construction, and are often closed for offering services in Farsi … At the same time, Christians, especially pastors, are regularly arrested on national security charges for allegedly proselytizing (which is prohibited via apostasy laws) or for offering religious services from their homes.” As a result, “many Assyrians have been forced to flee from Iran, fearing persecution.” The Assyrian population has dropped dramatically, from 32,000 in 1996 to 7,000 last year.

The end of ISIS as a caliphate obviously is welcome on many levels. The group’s malign impact, however, lives on for those who suffered under its rule or fled its advance. Christians and other religious minorities were among its most tragic victims. Even in Iraq, the traditional Middle Eastern home to more Assyrians than anywhere else, the community’s survival remains in doubt. It would be terrible if even in defeat radical Islamists took another step toward fulfilling their objective of eliminating Christianity from its birthplace.

Doug Bandow is a Senior Fellow at the Cato Institute and a former Special Assistant to President Ronald Reagan. He is the author of Foreign Follies: America’s New Global Empire and Beyond Good Intentions: A Biblical View of Politics.