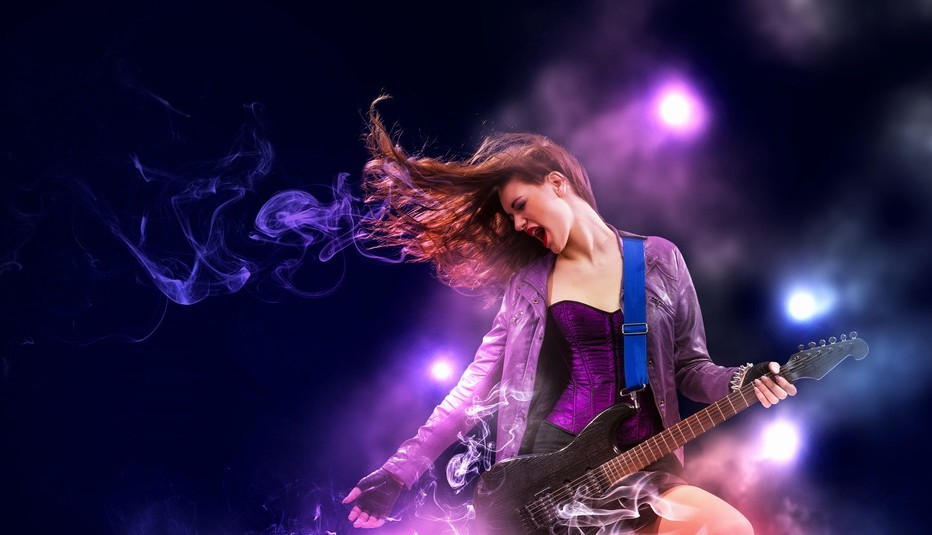 America has grappled mightily with its attempt to understand how our self-styled elites see themselves. Trying to manage an official spending indiscretion, New Mexico Gov. Michelle Lujan Grisham inadvertently has revealed it: they think they’re rock stars. During the pandemic, America has been painfully and repeatedly reminded that a gulf exists between our self-styled elites and us. But until now we had no idea it was so large — and filled with groceries and alcohol.

A recent report by the Santa Fe New Mexican revealed that during six months in 2020 the governor’s office used a taxpayer-funded account to spend $13,500 on food, drinks, and dry cleaning. Gov. Grisham also used some of these expenditures for in-person meetings in the governor’s mansion while she was telling New Mexicans to avoid gatherings with people outside their families.

To the elites, we are their audience down here in their mosh-pit of mediocrity.

In the process, the lockdowns have laid bare an even more fundamental question than simply one of their already obvious separate standards: How did our proclaimed elites become elites? How, despite our American republican heritage, did we get “primos” from our demos?

Years ago Jean Shepherd, creator of the holiday hit movie A Christmas Story, described the mysterious divide between “us” and “them”:

[G]radually, surely, we begin to divide into two streams, all marching together up that long yellow brick road of life, but on opposite sides of the street. One crowd goes on to become the Official people, peering out at us from television screens; magazine covers. They are forever appearing in newsreels, carrying attaché cases, surrounded by banks of microphones while the world waits for their decisions and statements. And the rest of us go on to become … just us.

So exactly how do our self-styled elites see themselves? Just saying “not like us” yields little insight. Into our quandary stumbled Gov. Grisham as she sought to extricate herself from “GroceryGate.” In a virtual press conference Friday, during which she sought to communicate that “I don’t want New Mexicans to feel like I don’t take seriously their hardship,” she went to explain that a staffer had been responsible for the purchases. According to the governor, the purchaser was a “woman who works here (who) is a rock star.”

Well, that explains it. A rock star would not see anything extraordinary in a $13,500 bill for entertaining. In fact, a $13,500 party tab would probably only amount to a so-so rock star party (not including costs for hotel room damages and bail).

But seriously, in referring to one of her employees as a “rock star,” Grisham said more than she intended. She inadvertently pulled back the curtain between “them” and “us.” Our elites see themselves and those connected with them as rock stars.

When most of “us” use the phrase “rock star,” we are using it figuratively. We are describing our fleeting transcendental moments when we rise above being “us,” before we come crashing down again to the reality of being “us.” Alas, our escapes are never transformations. Yet we never expect them to be. We enjoy them for what they are and accept our return to normalcy. After all, we are not special, even if we had a special moment.

Not so the self-styled elite. As rock stars, their escapes are not elevations, as ours are, but transitory descents to “us” status. Just as we accept our rock-star escapes as part of being “us,” they expect their descents into being “us” to be just pauses from being rock stars.

They see the divide as unbridgeable. They are on the stage; we are in the audience. They are up there; we are down here. They are the watched, the listened to, and the applauded; we are to watch, listen, and applaud. And of course, they are to be paid, and paid handsomely, for being rock stars. Equally naturally, we are to pay, and pay handsomely, for the privilege of watching, listening, and applauding.

We are to stay only so long as the rock stars feel like performing. They will decide what the show consists of and when the show is over — even if it’s a show like obeying coronavirus lockdown measures. When “Elvis has left the building,” it is time for us to go home.

Once we see the world through their rose-colored rock-star glasses, then we can understand “them.” It is not hypocrisy to “them” that they do one thing and relegate “us” to doing another. To “them,” that is reality. They are different; we are different. We are their audience down here in their mosh-pit of mediocrity. They are above “us” — literally — standing above us on a stage of their own creation. They direct us through the acts in their show. Perhaps we can sing the refrain when they hold the mic out, but otherwise, they say, please just pay, watch, listen, applaud, and go home when we tell you the show is over.

Remember: They are the rock stars, not “us.” They only allow us into their world for a little while, and they only come into ours by accident. And they assure “us” that it’s better this way. After all, the world could not function if everyone were a rock star — no more than New Mexico could afford all its citizens running up $13,500 tabs on the public credit card.