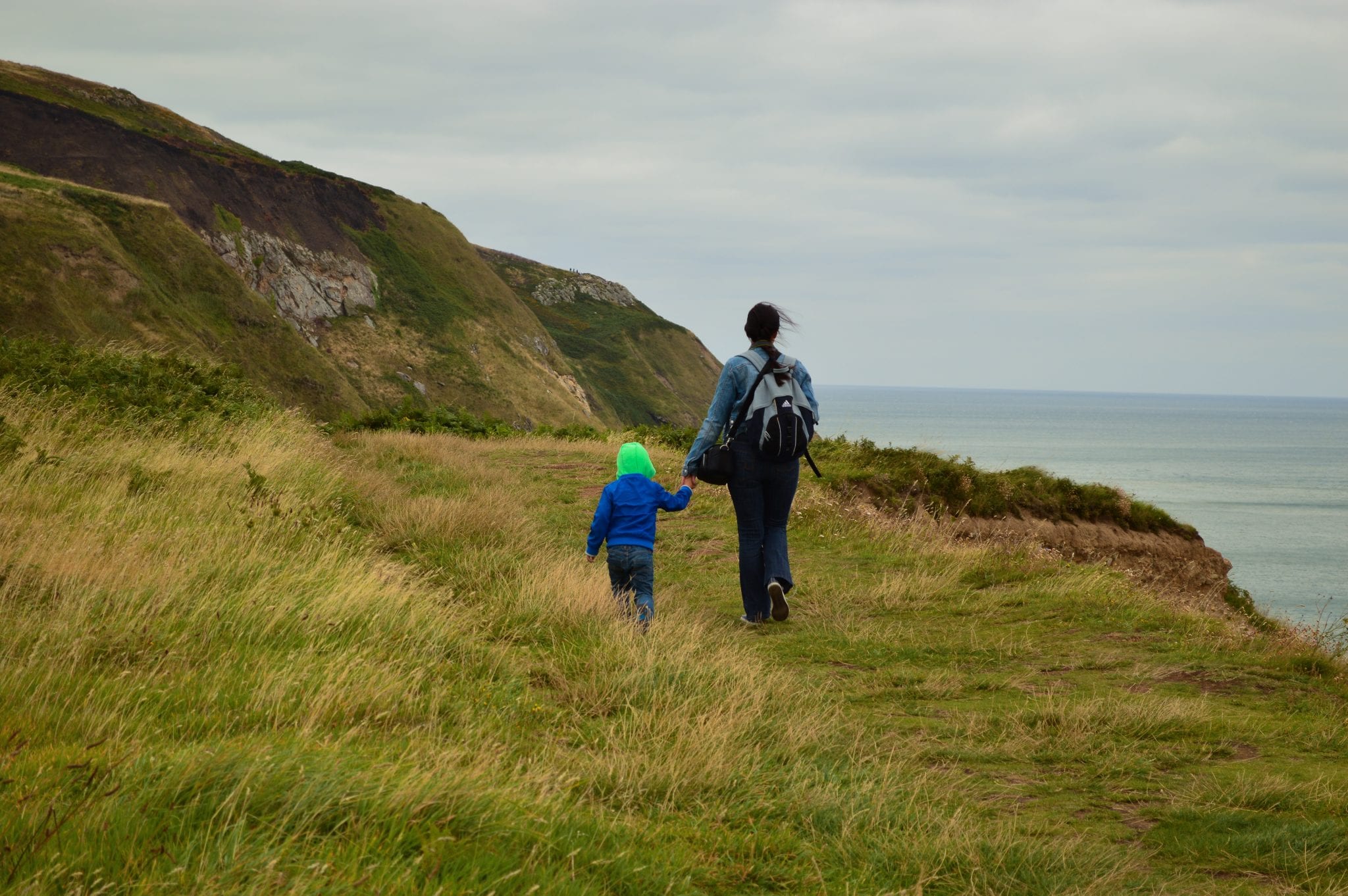 Michael Brendan Dougherty is the author of one of this year’s hot books, My Father Left Me Ireland. He was also, for a few years over a decade ago, my roommate. He was one of several people who came and went from an ill-maintained four-bedroom townhouse in Fairfax, Virginia. We resided there and worked at various jobs connected to conservative and libertarian magazines, think tanks, newspapers, and advocacy groups clustered along the Orange Line of the Metro from Virginia into D.C. (This magazine was one of those at the time, and I worked for it several times.)

Michael is, and I say this in the clinical sense with no judgment or insult intended, a bastard. He was raised by his mother Mary Ellen in Putnam and Westchester counties, New York, while his own father lived in Ireland and brought up a brood there with his new wife. Michael’s father Brendan never denied his son’s existence and pitched in occasional financial support. But Michael only saw his old man a handful of times in his childhood. His late mother was effectively the only parent that he had.

Most men are not great teachers, but their children are great learners. Growing up with a father who is just there, in your household, and even minimally responsive, can make a world of difference. Boys and girls who grow up with (non-abusive) fathers have more confidence than those who do not. This is true if for no other reason than that we have less to figure out. Growing up with Dad gives boys default settings for how to behave, and girls a set of expectations for how men should behave. Without that foundation, children often struggle well into adulthood. Michael didn’t have that, and so he struggled.

It wasn’t for his mother’s lack of trying. She attempted to fill the Dad-filled hole in his life with Irishness. “My own nursery was injected with a peculiar kind of Irish nationalism,” he explains. “She took me to the Irish culture festivals … throughout New Jersey, where she collected little awards for singing old ballads and for her increasing proficiency in the Irish language. She wore a Claddagh ring. She wore green-and-gold bracelets for the release of political prisoners in Northern Ireland. She brought me to bars in Boston and put spare money into those woolen Irish flat caps when collections went out for the ‘widows and orphans’ of West Belfast. She was smart enough to know what the money was really for.”

Michael means to focus on the relationship with his father and his fatherland and what that means for his own children. But for me the more compelling sections of his book had to do with his mother — whom I once talked to on the phone, briefly. Mary Ellen was an American of Irish descent. She traveled Europe in the 1970s and early 1980s, where she met and fell for Brendan. The relationship broke down, but life finds a way. When she returned to America, you might say that she smuggled in an extra passenger. Brendan was informed that he was a father by letter, after Michael’s birth.

Mary Ellen became pregnant with Michael at a time when the stigma against bastardy was fading but still not gone, especially at the Japanese firm where she worked. Having Michael cost her that job. She found another one, and Michael’s maternal grandparents pitched in in numerous ways, including housing for a time. Their station in life vacillated between kinda middle class and lower-middle class — and the heavy New York taxation surely didn’t help.

Eventually, mother and son moved out into a new development of row houses in Putnam County that she could just about afford. Funny thing about the neighborhood, though: The houses may have been big by world standards, but they didn’t have many bedrooms. “Soon I noticed that the classmates who moved into our development did so after their parents divorced,” Michael explains. The only men who were a regular presence there were the Mexican lawn crew. You might say that all these single mothers all row housed the same way, though our narrator puts it a bit more starkly: “This was an architecture of fatherlessness.”

Why didn’t Mary Ellen remarry? After the fact, Michael would “discover that she had admirers and even lovers but she could — or would — never make them into committed boyfriends or suitors.” He has theories about this. One problem is that her physical and mental health started to decline, leading to her early death. Another is that her son was occasionally a brat and made things difficult for her. And while the stigma against single motherhood has largely departed, that doesn’t mean most men are wild about raising someone else’s offspring.

But I think the real reason she didn’t move on is the subject that gave rise to this book. “It wasn’t homesickness that burdened my mother with the idea of Ireland,” Michael says. “It was her unrequited love for a real Irishman.” It left her with a son she had to figure out how to raise, and memories, and heartbreak. The book’s scattershot portrait of Mary Ellen is of a flawed but determined woman who did her best to do right by her son, at no small cost to herself. That’s admirable. I’m sorry I never met her in person and bought her a Guinness. By my measure, she earned it.

Jeremy Lott is a new father himself.