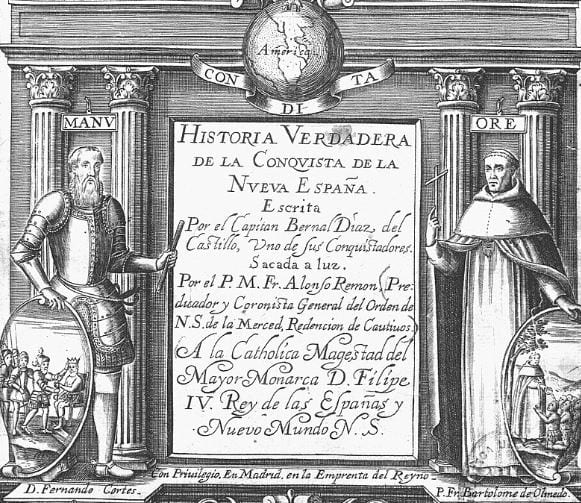 It would appear that our neighbor to the South is not immune to virtue signaling and demands for apologies for long passed historical events that has captivated the United States for the past several years. Mexico’s president, Andrés Manuel López Obrador (AMLO), recently demanded that Spain and the Vatican apologize to indigenous peoples for crimes committed around 500 years ago by Spanish and Church-sanctioned conquistadors. Spain rejected this request, stating that “The arrival, 500 years ago, of Spaniards to present Mexican territory cannot be judged in the light of contemporary considerations.” The Vatican did not respond but has sought to reconcile indigenous communities in Mexico in the past.

AMLO is correct to a degree in his assessment of the historical record. Spanish conquistadors did commit a plethora of atrocities against native populations including rape, murder, thievery, slavery, and treachery during their invasion. In addition to these crimes, the cruel encomienda system and its legacy persisted in Mexico for a century. Indigenous communities in Mexico today often suffer higher rates of poverty and Spanish illiteracy than others in the country. The reason that AMLO is looking in the wrong place for an apology is this, what do the Spain and Vatican of today have to do with the Spain and Vatican of 500 years ago?

All of the Spaniards who organized the conquest of Mexico and the church leaders who sanctioned it are dead, their children are dead, their grandchildren are dead and so on. The letter to Spain was addressed to King Felipe VI, of House Bourbon. Since the days of the Conquistadors, Spain has gone through four royal houses, two republics, and a fascist dictatorship. In the same vein, the Catholic Church has seen a massive counter-reformation and variety of smaller reforms, a slew of Popes and two councils. Having contemporary institutions apologize for the actions of their past iterations makes little sense. It would be ridiculous for Emmanuel Macron to apologize to the Vatican for the Sack of Rome by Gauls in 390 BC, and it would be just as ridiculous for the King of Morocco to apologize to Spain for the 711 Moorish invasion of Iberia.

AMLO also omits recognition of the convoluted situation that surrounded the Spanish conquest of Mesoamerica. During the conquest, many natives including Tlaxcalans joined forces with the small Spanish force en masse to fight against the oppressive Aztec empire which had subjected them to human sacrifice, slavery, and ritual warfare. Should Mexicans of Aztec heritage apologize to those of Tlaxcalan heritage? Once again, of course not. Should you have the time and interest, Bernal Diaz del Castillo’s “The True History of the Conquest of New Spain” will give a more complete look at the conquest, and the writings of Bartolomeo de Las Casas will detail the post-conquest situation, something that AMLO seems to have neglected.

AMLO’s fixation on the cruel deeds of the long dead serves no purpose other than to virtue signal some of the most oppressed and downtrodden people in his nation. We see similar attempts in the United States with the case of reparations, which Doug Bandow makes an excellent case against in this recent piece.  These kinds of proposals and demands do not seek to find the roots of endemic issues, but to satisfy voting blocs. Mexico and it’s indigenous people face many issues today; poverty, pollution, cartel violence, and oppressive government, finding blame in the past isn’t going to solve any of that.