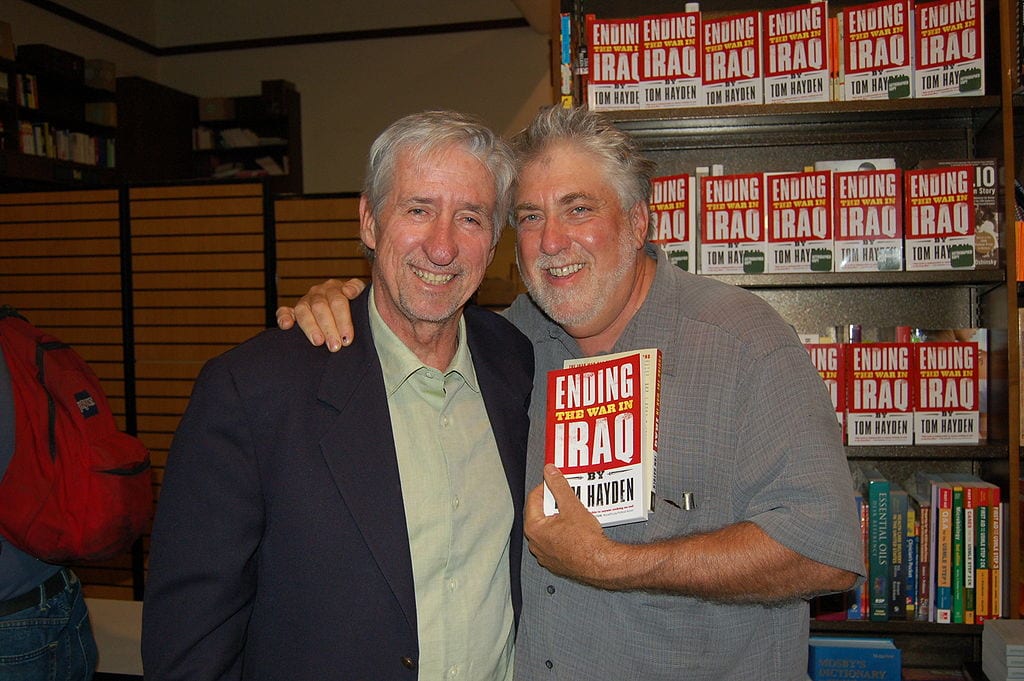 Mark Rudd wrote a piece in the New York Times last weekend on the occasion of the 50th anniversary of the protests that shut down Columbia University. A reaction piece at Fox News strangely objected not to Rudd’s article but to its byline, which did not mention the author’s past history in the Weather Underground.

“It’s really funny, but it never occurred to me,” Rudd told The American Spectator about omitting that part of his history. “I’ve never hidden anything. I guess I didn’t think it so important.

“You see, this piece was focused so tightly on the [Student Afro-American Society] of Hamilton Hall, plus I had only 900 words, so I had to make it sleek, so to speak. I wrote an essay for the book A Time to Stir that was all about organizing and it ended with David Gilbert in prison, so I certainly am out front when that’s the topic. You know, part of the reason is that I’ve moved so far beyond Weatherman, and apologized so much for it, that it’s over in my head.”

Rudd’s piece concerned a time before the existence of Weatherman. And while the public stature of the Newsweek coverboy dwarfed Bill Ayers, Bernardine Dohrn, Kathy Boudin, and other future Weather comrades in 1968, his power within that group never quite reached the level of fame he reached as “Megaphone Mark” in Doonesbury. The public knew him. His comrades did not follow him — at least in Weatherman.

Rudd’s reflections on Weatherman — which, whether he likes it or not, remains tethered to him no matter the op-ed tagline he chooses — appear more nuanced than the no-apologies bombast of his fellow revolutionaries. “In general, we played into the hands of the FBI — our sworn enemies,” he wrote in his 2009 memoir, Underground: My Life with SDS and the Weathermen. “We might as well have been on their payroll.”

But at Columbia in the Spring of 1968, behaving as unwitting agents provocateurs did not occur to the young activists. When Rudd informed Columbia President Grayson Kirk, “Up against the wall, motherf***er, this is a stickup,” the command commanded attention. Young activists marveled at the bravado. Older Americans, the ones who elected Richard Nixon that fall and made “Okie from Muskogee” a number-one country hit (“the kids here still respect the college dean”) the following year, gawked at the entire spectacle in disgust. “It would have been a wonderful thing,” Eric Hoffer told a U.S. Senate committee, “if Grayson Kirk had got mad and got a gun and killed a few.”

Rudd’s antics at Columbia, like the ones of his comrades at the Democratic National Convention — for which the takeover in Morningside Heights served as a dress rehearsal — in Chicago that summer, alienated long-distance witnesses. His behavior unleashed more damaging ramifications for those closer to him.

Rudd lost one of his best friends from Columbia, Ted Gold, in the Greenwich Village townhouse blast that killed three Weathermen in March of 1970. Years later, in 1981, David Gilbert, another friend from Columbia, lost his freedom for his role in the robbery of a Brinks truck that left a security guard and two cops dead. Ironically, Gold and Gilbert argued with Rudd as part of Columbia’s “praxis axis” wing of Students for a Democratic Society that advocated educating the masses for change. Rudd countered as part of the “action faction.” He won the argument, too resoundingly, with Gilbert and Gold. More than a half century later, Megaphone Mark loses the argument with Septuagenarian Mark.

Though Rudd regrets the means he remains proud of the ends. “I don’t regret that we helped build the movement which eventually stopped our country from murdering millions more on top of the 3-5 million they already killed,” he tells The American Spectator. But the relationship between the Columbia takeover and Vietnam remains murky. Rudd later confessed that he and his cohorts “manufactured the issues. The Institute for Defense Analysis is nothing at Columbia.”

But the event clearly still means something to Rudd and many others. This past weekend, the older, graying radical wrote in the Old Gray Lady about the protest that made him famous. “The central role played by the Student Afro-American Society [SAS] has never been acknowledged in accounts of Columbia ’68,” he maintained. “The story has been about white kids of the New Left, the S.D.S. and myself, as a singular protest leader.” He added, “Women were similarly written out of the history of the protests.”

The claims, if not entirely true — Kenneth Heineman’s Put Your Bodies Upon the Wheels, Terry Anderson’s The Movement and the Sixties, and other histories of the period note the role of SAS — raise an important truth. Diversity and feminism, two non-negotiables of the current Left, did not matter to Weatherman. A group as Wonderbread white as a Strormfront message board does not strike today’s progressives as terribly progressive (a word Rudd’s Left would not think of applying to themselves). So, as penance or to reconcile the chauvinistic, wealthy, white male forebears with their activist progeny, Rudd wrote his article.

But on some matters, at least sometimes, he does not appear penitential. In the Times, he writes: “I do not regret what we did that spring.” But when I corresponded with him via email, Rudd wrote of remorse.

“I’ve commented on poor Orest Ranum numerous times,” he tells The American Spectator of a professor who lost his research due to protesters burning it. “You can find a piece I did some years ago with NPR somewhere. Of course I regret it. I regret the poor cop who is paralyzed for the rest of his life because a kid jumped on him from a building ledge (the NYT took that out of my first draft). I regret the whole [Weatherman] thing. My whole book is one of regret. I thought you’d read it.”

I did. I reviewed it nine years ago at ISI’s First Principles and interviewed Rudd about it on Boston radio. He comes across as a human being rather than the ideological robot, which, even all these years later, so many of his former comrades come across as. Though understandably unwilling to prefix “Weatherman” to his name whenever it appears in print, Rudd at least discusses the terrorist organization with a degree of self-analysis lacking among the group’s self-absorbed alumni. Dead friends tend to have that effect on a man — but clearly not all men.

Nine years ago, I called Rudd’s book “a more honest and adult perspective than the bound remembrances of others from his graying gang.” That take holds up. But the piece in the Times appears to glorify activism as an end rather than means. Even after asking Rudd what the protests accomplished, listen to the crickets.

Activism for activism’s sake seems a therapeutic endeavor. It temporarily makes protesters feel good. But what — other than the rush from the activism requiring stronger, and more dangerous, doses — does it accomplish in the long run? This seems like the lesson of the protests of 1968 that the actors of the times seem to miss all these years later.