by Jeffrey Lord
President Joe Biden signs an executive order that attempts to expand access to abortion on July 8, 2022. (The White House) 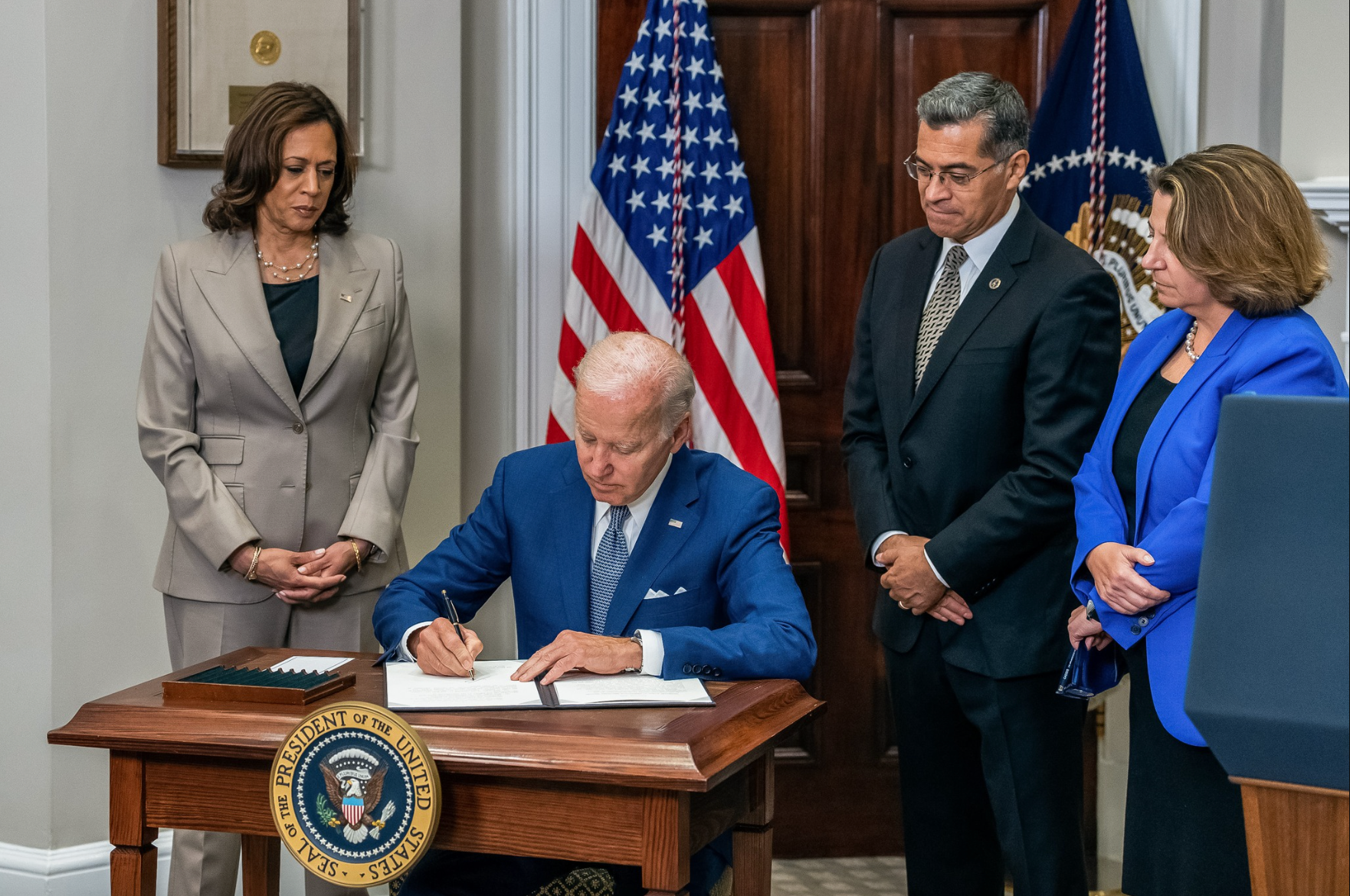 For those who were not around in the day, step in the time capsule and rocket back with me to the early months of … 1968.

The incumbent Democrat president of the United States was Lyndon B. Johnson of Texas, or, as he was shorthanded then and now, LBJ.

On November 22, 1963, around noon, LBJ was riding in a limousine in Dallas a few cars behind the presidential limo carrying President John F. Kennedy, First Lady Jacqueline Kennedy, and, in the jump seat ahead of them, Democratic Gov. John Connally and his wife Nellie. Shockingly, out of the blue, shots rang out. Within hours, Kennedy was dead — and Lyndon Johnson was suddenly the 36th president of the United States.

America and the world were thrown into turmoil and chaos. Hours went by as Kennedy was treated by stunned doctors. It quickly became obvious that the young president was already dead. With JFK moved into a casket and from there onto Air Force One, LBJ took the presidential oath in a cramped cabin, with a bloodstained Mrs. Kennedy next to him and his own wife on his other side. On arriving back in Washington, LBJ waited until the flag-draped casket was removed to a waiting hearse and finally got off the plane and walked a few steps with his wife to a cluster of microphones to speak to the nation for the first time as president.

With obvious sadness and emotion, Johnson began by saying this:

Thus began Lyndon Johnson’s time as president. And in the beginning, the country quickly learned what a whirlwind of energy he was. Very quickly, the next presidential election year was begun, and from start to finish, LBJ was riding a tidal wave of massive popularity, absolutely wiping out the 1964 GOP nominee, Arizona Sen. Barry Goldwater.

At his high point, LBJ, the master of Capitol Hill, was getting one piece of massive “Great Society” legislation after another enacted into law. Without a doubt, he changed the country, in the eyes of his Democratic Party supporters, for the better.

Then came his increasingly controversial policies on the growing Vietnam War. Opposition to the war began to build, particularly in his own Democratic Party. College students were beginning to take to the streets to protest, first by the hundreds, then over time by the thousands, tens of thousands, and hundreds of thousands. By March of 1968, LBJ had not one but two opponents — Minnesota Sen. Eugene McCarthy and New York Sen. Robert Kennedy — as he struggled to win what was now a serious fight for renomination. A day didn’t go by when the once-popular president wasn’t besieged by dissidents in his own party.

Then, on the night of March 30, LBJ addressed the nation on his Vietnam policy. And when he was done with Vietnam, the one-time master of Democratic politics who had won his reelection in a landslide, looked the TV cameras in the eye and unexpectedly said this:

With America’s sons in the fields far away, with America’s future under challenge right here at home, with our hopes and the world’s hopes for peace in the balance every day. I do not believe that I should devote an hour or a day of my time to any personal partisan causes or to any duties other than the awesome duties of this office—the Presidency of your country.

Accordingly, I shall not seek, and I will not accept, the nomination of my party for another term as your President.

The nation, not to mention the Democratic Party, was stunned. But the end was at hand, with LBJ serving out the remaining months of his term and then retreating to his Texas ranch as Republican Richard Nixon took the reins of government after defeating LBJ’s vice president, Hubert Humphrey, in the 1968 November election.

Why bring up this ancient memory?

Because once again, a once-popular Democrat president whom Democrats loved because, if nothing else, he was not Trump, is in increasing trouble with his own party and the media allies of the Democrats. Aside from the growing departures of White House staff members, there are headlines like this one from the other day in the New York Times:

At 79, Biden Is Testing the Boundaries of Age and the Presidency

President Biden has said he plans to run for a second term, but his age has become an uncomfortable issue for him and his party.

Ominously, the Times reports this:

Just a year and a half into his first term, Mr. Biden is already more than a year older than Ronald Reagan was at the end of two terms. If he mounts another campaign in 2024, Mr. Biden would be asking the country to elect a leader who would be 86 at the end of his tenure, testing the outer boundaries of age and the presidency. Polls show many Americans consider Mr. Biden too old, and some Democratic strategists do not think he should run again.

It is, unsurprisingly, a sensitive topic in the West Wing. In interviews, some sanctioned by the White House and some not, more than a dozen current and former senior officials and advisers uniformly reported that Mr. Biden remained intellectually engaged, asking smart questions at meetings, grilling aides on points of dispute, calling them late at night, picking out that weak point on Page 14 of a memo and rewriting speeches like his abortion remarks on Friday right up until the last minute.

But they acknowledged Mr. Biden looks older than just a few years ago, a political liability that cannot be solved by traditional White House stratagems like staff shake-ups or new communications plans. His energy level, while impressive for a man of his age, is not what it was, and some aides quietly watch out for him. He often shuffles when he walks, and aides worry he will trip on a wire. He stumbles over words during public events, and they hold their breath to see if he makes it to the end without a gaffe.

President Joe Biden, like President Lyndon Johnson before him, is slowly losing his popularity with his own party. Stories now pop up saying that Democratic candidates for the House and Senate are politely saying they, not the president, are the candidates in their races and — thank you very much, Mr. President — but they will campaign on their own without a visit from him.

This is how it works when a president is seen by his party as a serious political liability. Slowly, and sometimes not so slowly, the once titanic presidential popularity slides down the political slippery slope. The end, of course, comes with a presidential decision not to run for reelection. (Or, if you were the GOP’s President Richard Nixon facing certain impeachment and conviction, simply choosing to voluntarily resign and vacate the White House.)

So make no mistake. What America is witnessing with this slow drip-drip-drip of negative stories from inside the Biden White House and the Biden-led Democratic Party is something America has seen before.

And if you are Joe Biden, it isn’t good.

As Lyndon Johnson would know.