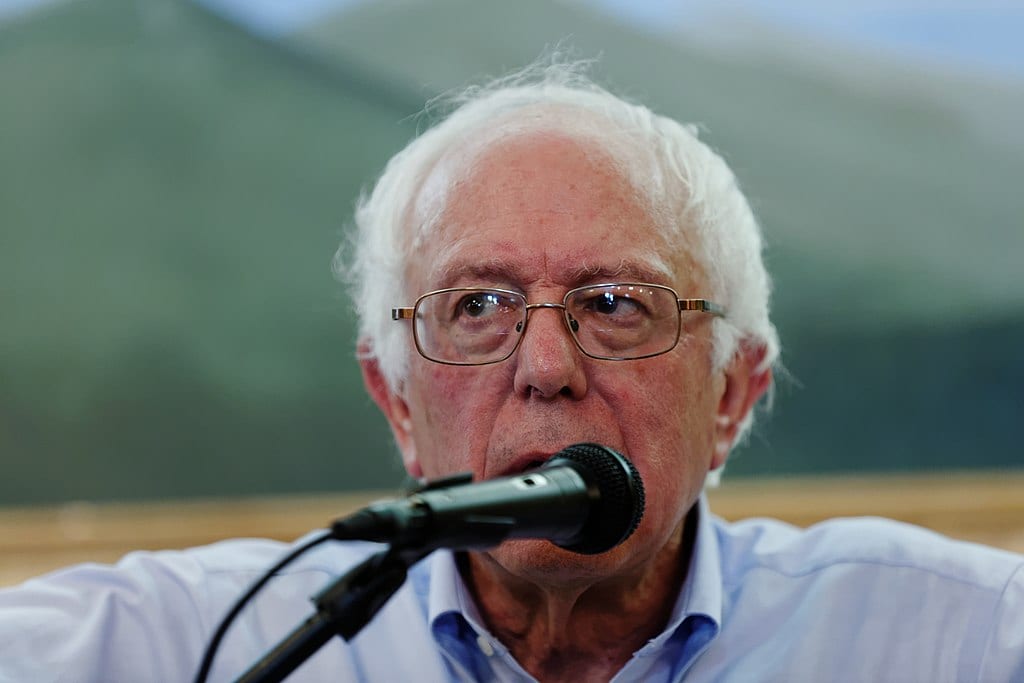 Senator Bernie Sanders says that because Medicare is “the most popular, successful and cost-effective health insurance in the country” everyone should have it, regardless of age.

But watch out for the bait and switch. Truth is, Sanders’ Medicare for All legislation actually abolishes Medicare and Medicare Advantage, as well as employer-provided coverage, union plans and plans people buy for themselves. Every person will be forced into a mandatory, government-run system with the phony name “Medicare for All.” Whether you want it or not. The quality of your medical care will plummet.

Medicare for All will plunge hospitals into financial distress, exposing patients to dangerous medical shortages, and forcing pay cuts on healthcare workers. New York hospitals and their workforce will get clobbered the worst.

But 16 Democratic Senators, including New York’s Kirsten Gillibrand, and 123 Democrats in the House endorse the legislation. Have they actually read it?

President Trump warns that Sanders is “eliminating Medicare as a program for seniors.” Trump cautions that “hospitals would be put out of business,” patients will face “long wait lines,” and seniors will “effectively be denied” care they need.

Sanders calls Trump a liar. Fortunately there’s a way to determine who’s telling the truth. The answer is in the 96 pages of Sanders’ bill. Here’s what it says.

Four years after Medicare for All begins, all private insurance will be banned (Sec. 107), and Medicare and other government health programs will be terminated, just as Trump said. Everyone, including illegal immigrants, will be enrolled in the new government program (Sec. 106). Newborns will be automatically enrolled at birth (Sec. 105).

On paper, the new program guarantees hospital care, doctors’ visits, even dental vision and long-term care, all paid by Uncle Sam. Here’s the hitch. Hospitals will be forced to operate under conditions of extreme scarcity, with too little revenue and more patients than ever.

Right now, Medicare shortchanges hospitals, paying them less than the full cost of caring for seniors. but hospitals accept the low payments because they can shift the unmet costs on to younger patients who have private insurance that pays more.

But in the new scheme, hospitals will be paid at Medicare rates for all their patients, not just seniors (Sec. 611). With everyone on Medicare for All, no cost shifting will be possible. The rates will be 40% less than what hospitals could get from private insurance plans. The severe short changing will throw hospitals into crisis.

Meanwhile, demand for care will surge, because it’s free to all comers.

Hospitals will have to jam more beds into rooms and corridors, skimp on nursing care, and make patients wait. Sounds like the austerity in the British National Health Service, only in Britain, the public has an escape hatch. They’re allowed to buy private coverage. Not under Sanders’ Medicare for All (Sec. 107). Those alternatives are banned. You’ll be trapped.

The gold-plated union health plan or Medicare Advantage Plan you used to have will be a distant memory, as you wait in crowded clinics alongside people who never paid into Medicare or earned on the job coverage.

In New York, the austerity will be magnified. Hospitals here have more debt and slimmer operating margins than elsewhere, making them less able to withstand cuts. Gary Fitzgerald of the Iroquois Healthcare Alliance warns that Sanders’ bill would “devastate upstate hospitals.”

Doctors will also be paid 30% less than private insurance would pay them. To keep their doors open, they’ll have to see more patients per hour. That’s bad news for seniors, who take up more time. Doctors will avoid them like the plague.

The Sanders’ bill is a labor fiasco in the making. A staggering 1.2 million New Yorkers work in healthcare, more than in retail or manufacturing or any other industry. When hospitals are paid less, healthcare workers will get cut too.

Under Medicare for all, patients will suffer, seniors will be shunned, hospitals will fail, and healthcare workers will lose. Who exactly is supposed to benefit, except the politicians?