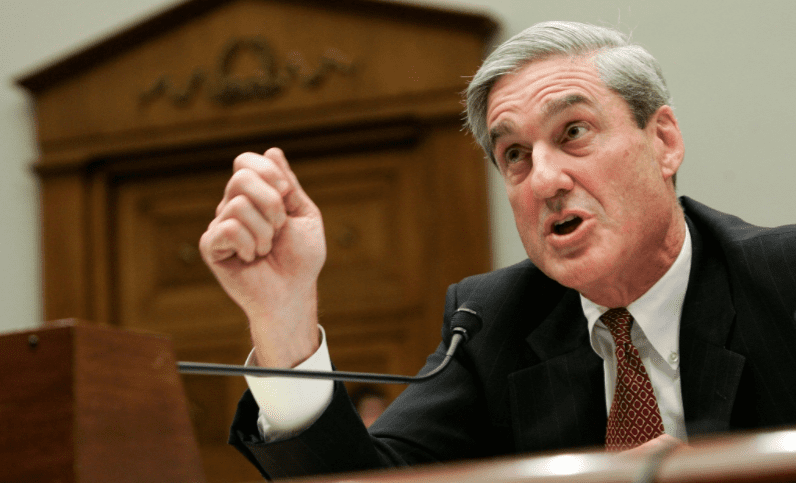 There is a lot of consternation out there in Trump-hating land that the president may finally soon tire of Robert Mueller’s meandering investigation and fire the special prosecutor. So worried are the president’s detractors that they’re getting Congress involved:

A bill designed to protect Mueller from being fired by the president is set to be released todayhttps://t.co/BDiVTq8TJ5 pic.twitter.com/sEyGe1vZp3

What if Mueller doesn’t want that protection though?

This is something I just began to think about today and I apologize to anyone who may have put this idea forth prior to this.

To be sure, the investigation isn’t slowing down any, but it is also flailing. What began as a quest to find an excuse for Hillary Clinton’s loss has meandered far afield. This train left the Russia Collusion station a long time ago and now is merely in permanent disruption mode. With each new bit of news from the investigation, those of us who aren’t fond of unbridled federal prosecution power and a blank taxpayer-funded checkbook keep asking, “What’s the end game here?”

There isn’t one, apparently. I certainly never get an answer to that from anyone on the pro-Mueller side of things. It’s always just some blah, blah, blah about a “thorough investigation” in case the president actually did do something wrong at any point in his life. At this rate, Mueller will be looking at Trump’s real estate transactions from thirty years ago, hoping to find something. Anything.

As has been noted, a lot of major players in this investigation don’t pass the non-partisan sniff test (see: Andrew McCabe). When compared with James Comey’s sham of an investigation into Hillary Clinton, this actually does seem like a partisan hatchet job.

The spurious motivations for this investigation can’t be kept buried forever. When the truth is revealed Mueller, Comey and McCabe most likely will not come out looking like the honorable men that the Democrats (and Never Trump people) have been portraying them as.

Mueller doesn’t want to be the guy that looks like he was motivated by partisanship AND spent a fortune in taxpayer money.

If he’s fired, he can be a cliche leftist and play the victim card. He knows full well that the Democrats in Congress and their mouthpieces in the mainstream media will make so much noise for so long over the issue that it will provide the perfect cover for not only his failure to prove anything about Russia, but his nefarious reasons for widening the investigation.

Were this just a few years ago, I would have dismissed this thought almost as quickly as I had it. Now that I have over a year of watching the depth of the desire of President Trump’s adversaries to disrupt his presidency, I don’t rule out the possibility that they aren’t ruling out any possibilities.