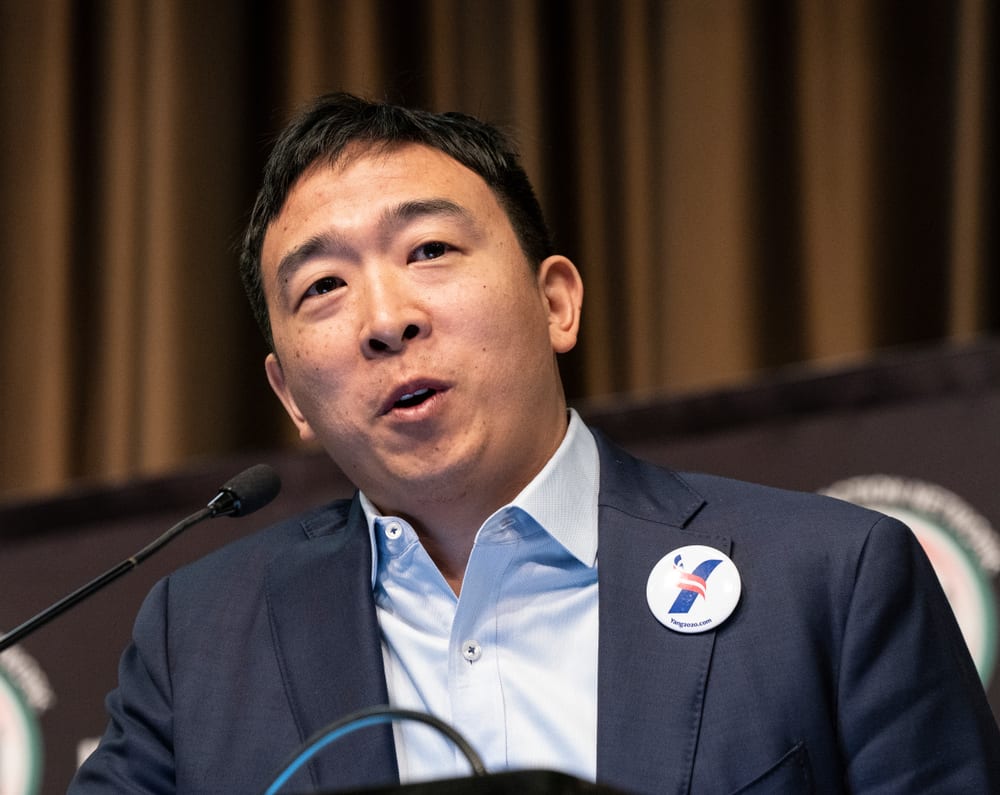 Presidential candidate Andrew Yang is a political alien. Unlike the others who surrounded him on the debate stage, Yang made his name as a successful entrepreneur. He founded Venture for America in 2011, a nonprofit fellowship program that aimed to help create new jobs in developing cities nationwide. He had no political experience when he launched his 2020 campaign, but his distinctly unorthodox policies and social media presence have earned him a loyal following, informally referred to as the “Yang Gang.”

According to FiveThirtyEight, Yang polled ninth in popularity among the field of Democrats on the day of the debate. Dispensing with a tie, Yang cemented his status as an outsider in both policy and presentation. His signature proposition is the “Freedom Dividend,” a form of social security that would unconditionally guarantee every American adult $1,000 every month. Yang proposed to pay for the program through both a 10-percent value-added tax and the consolidation of other welfare benefits. Per his policy, citizens who accept welfare benefits would be ineligible to receive their $1,000 check, but could switch over to the Freedom Dividend at any time.

This isn’t Yang’s only big idea, though it has come to be his trademark. Despite this and other heterodox policies, Yang was curiously quiet throughout the night. Despite placing higher in the polls than John Hickenlooper, Eric Swalwell, Michael Bennet, and Kirsten Gillibrand, Yang was directly asked only two questions by MSNBC’s moderators. The first was an offer for him to elaborate on the Freedom Dividend, and the second was about foreign relations with China. According to The Hill, Yang spoke for a mere two minutes and fifty seconds throughout the entire two-hour debate. This is abysmally uneven compared to the speaking time allotted to candidates like Kamala Harris and Joe Biden, who each had over ten minutes of total speaking time.

What’s more, Yang claimed in a post-debate get-together with his supporters that his microphone was muted throughout the event whenever he was not called on. Other candidates were permitted to interject and engage with each other, but Yang was silent — despite multiple attempts to speak. A video of Yang trying to comment surfaced; John Hickenlooper visibly reacts to his words, but the audience is in the dark on what he tried to say. NBC later released a statement denying they had interfered with Yang’s microphone.

The hashtag #LetYangSpeak trended on Twitter throughout Friday afternoon. It’s possible that Yang’s background in the private sector, status as a strategic maverick, and willingness to engage respectfully with people regardless of background or belief have led MSNBC to try and stymie his campaign. Sabotage or no, Yang’s debate performance appears to have shone through the “technical difficulties” onstage. Time will tell if his success in the private sector will translate to political victory.