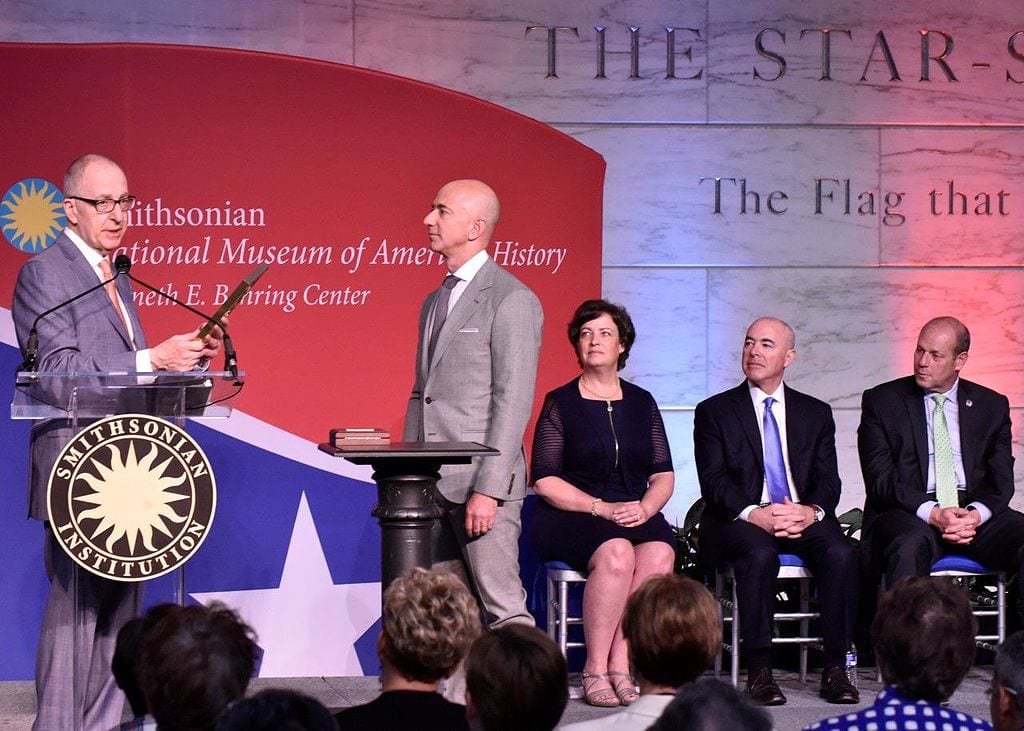 So Donald Trump labeled the Washington Post just “another lobbyist” in the Washington swamp and charged that its owner Jeff Bezos’ other business Amazon had an unfair advantage against other interests because the Post has an influence on policy beyond any lobbyist’s dream.

The Post responded on the front page of its mass-circulation must-read for every politician and bureaucrat in the nation’s capital, continuing on a full inner page, confirming Mr. Trump’s point.

Its story began with the explanation for President Trump’s claim was he was jealous of the Post owner because Bezos is now rated the country’s wealthiest while he was merely number 776. The second theory was that Trump envied Amazon’s technological prowess while he rarely even shops on line. Several paragraphs further the Post reporter said it might just be Trump politics.

The Post executive editor insisted that the owner did not influence what they write but said offhandedly later that his top editors talk to the owner bi-weekly — of course only on administrative matters. But still later we are told that Bezos once suggested they hire a regular columnist specializing in “gender issues.” He merely requested “diverse” opinion which the Post editors interpret as no regular columnists favoring Trump or most conservative policies.

The “news” story questioned Trump’s charge that Amazon uses its monopoly pressure to force low rates from the Postal Service, casting doubt on its “accuracy” by quoting “Wall Street analysts and journalists” (journalists?). It did reluctantly concede the facts used by the president came from a reputable Citigroup study.

Even if the Post did “operate independently” from Bezos’ direct orders, it is not difficult to know how to operate under a man who spent $2.5 million of his own money to support a same-sex initiative and opposed Trump in the presidential campaign. Even more important, the story quoted a media reporter from another news outlet on the critical point that “If Amazon did not exist it is unlikely the Washington Post would exist in its present form.”

It is true that the Post was politically progressive well before Bezos, almost single-handily taking down a president Richard Nixon a half century ago and not letting up on liberal and Democratic causes since. But that was pre-cable and internet competition and the need for a wealthy patron. And the fact of the matter is that the editors’ and owners’ views do not seem to conflict.

The Post was not so understanding about the owner of Sinclair Broadcasting Group. The front page treatment harshly criticized its conservative owner for requiring his news outlets to broadcast stories against “fake news” and “the troubling trend of irresponsible one-sided news stories plaguing our country.” The Post’s “conservative” columnist Kathleen Parker called this a “danger” undermining “a vibrant fourth estate” by “marshaling public thought essentially against a free press,” promoting “a future featuring a Soviet-style propagandist state.”

What was Sinclair’s terrible threat? Post opinion writer Jonathan Capehart warned a MSNBC audience that a monopoly would dominated the nation’s news. “More than 70 percent of the country,” he said, “is going to be… watching ‘news’ from Sinclair Broadcasting.” While the estimate assumes a Sinclair merger and the current figure is more like 40 percent, the number is merely the size of the potential audience, not the actual one, which is much, much smaller. Sinclair owns merely 193 local TV stations, mostly in smaller markets, out of 1,775 total stations plus 5,000 cable systems nationally.

A Stanford University study of 7,800 student responses confirmed Sinclair’s concerns by finding that young people have a very difficult time telling fake from real news and cannot even tell the difference between news articles and ads, while concluding that only exposing that situation could possibly change it, which was what Sinclair was doing.

The Post aches to separate itself from fake news by touting its journalistic expertise and better understanding. Yet, going through an issue recently, one is struck with the headlines and subheads: “outrage” and “demand answers” (several times), “wide skepticism,” “misgivings,” “threats,” “mass violence,” “stokes worry,” and “made threats.” The New York Times is not very different. This used to be called yellow journalism.

More important, it is common today to disagree with the subject of the story not only on facts but on opinions, even in the first paragraph, with the president of the United States, regularly.

The whole thrust seems to be outrage and superiority. The other day top Post columnist E.J. Dionne vented outrage against Trump’s “politics of outrage.”

Old-time newsman William Murchison explains the new “news” as having lost the sense that we are all imperfect, “no smarter really than Archie Bunker, no more tolerant and forgiving than Meathead” — “in large part from our slow abandonment of religious faith – the guard against pride and self-satisfaction, and thus against hostility to folk as batty as ourselves.”

Donald Devine is senior scholar at the Fund for American Studies, the author of America’s Way Back: Reclaiming Freedom, Tradition and Constitution, and was Ronald Reagan’s director of the U.S. Office of Personnel Management during his first term.