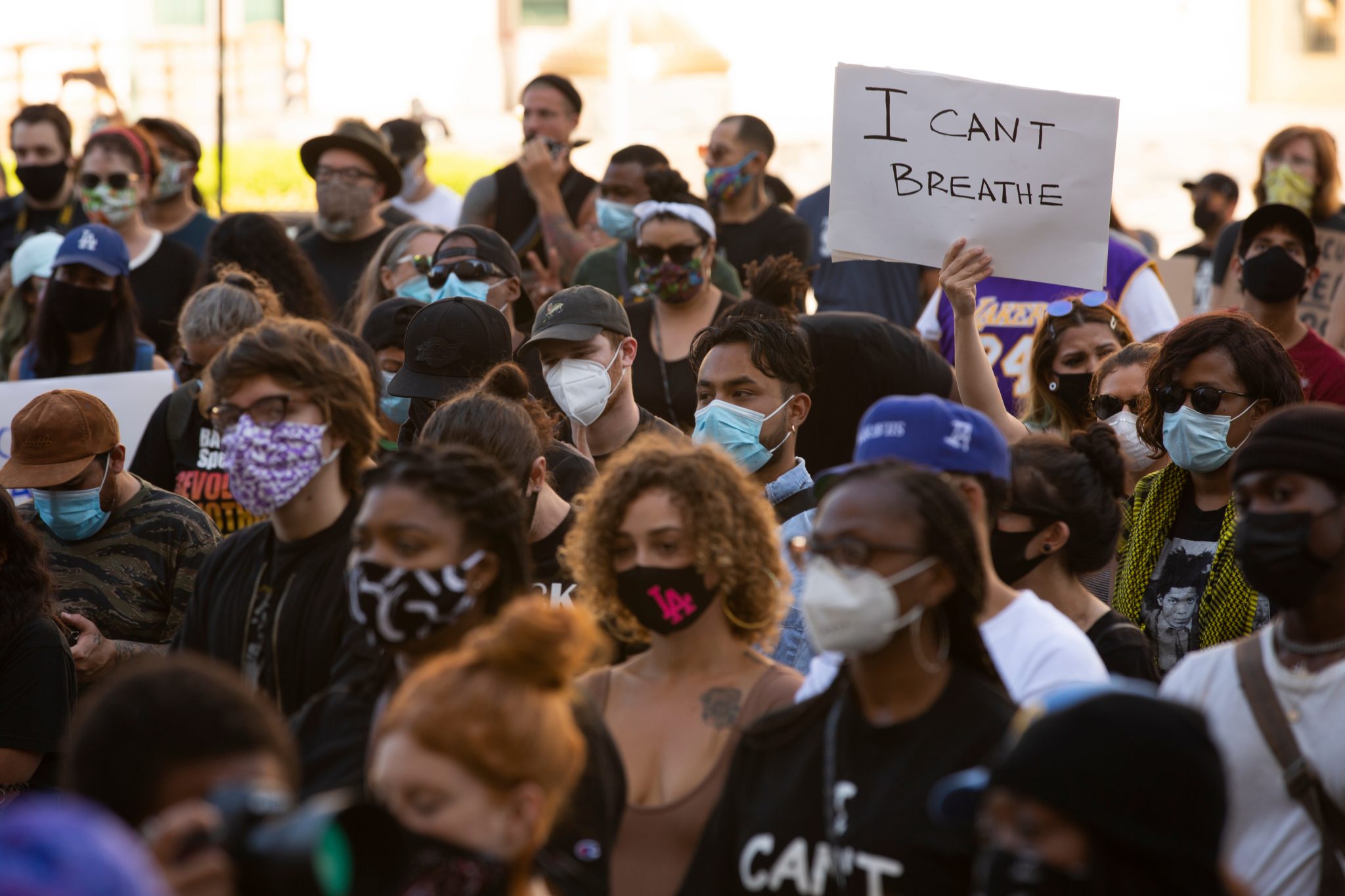 In January of this year, a woman was arrested in Virginia for peacefully protesting Gov. Ralph Northam’s efforts at gun control. The charge? Wearing a mask. The 21-year-old was hit with one felony count of wearing a mask in public, but the charge was later dismissed.

Officials are now encouraging people protesting the death of George Floyd to wear masks to protect themselves from the coronavirus.

By providing both physical and psychological anonymity, masks could be encouraging people to commit more crimes and adopt a more definite mob mentality.

In a matter of months, masks have gone from a criminal’s illegal — in fact, dangerous — garb to a necessary public safety precaution, even in a violent protest.

“Demonstrate with a mask on,” New York Gov. Andrew Cuomo told protesters at a press briefing Saturday. “What’s the difference?”

Eighteen states and Washington, D.C., have laws on the books that can penalize someone for wearing a mask. Some states, like Virginia, prohibit the wearing of masks in public. Other states, like Michigan, prohibit the wearing of a mask if someone commits a crime or intends to commit a crime (the latter is generally used to increase criminals’ sentences when they are charged with another crime).

Those laws are essentially nullified by the CDC’s recommendation that Americans wear face coverings in public to prevent the spread of the coronavirus. Northam, for instance, announced the anti-masking law would no longer be in effect and has mandated the wearing of masks in indoor public places.

But there is a reason for these anti-masking laws: the anonymity given by a mask is believed to enable crime.

“Research shows that masks help people feel more enabled and empowered to do things that they normally wouldn’t do, such as deviant or criminal behavior,” Bryanna Fox, an associate professor of criminology at the University of South Florida, told The American Spectator.

“This is in part due to the physical anonymity that masks provide,” said Fox, “as it is harder for someone to be identified when wearing a mask.”

Additionally, Fox said, masks provide psychological anonymity, which allows people to act in a way in which they typically would not.

Thus, masks meant to protect against the coronavirus might have the unintended side effect of exacerbating the violence and lawlessness of the George Floyd protests. By providing both physical and psychological anonymity, masks could be encouraging people to commit more crimes and adopt a more definite mob mentality.

The effect of masks on exacerbating crime has borne out in study after study, Fox said.

Moreover, masks have a historic link to criminal behavior.

Pope Innocent III banned masking in 1207 in order to tamp down on the immorality associated with masks, which were worn during revels. The infamous white hoods of the Klu Klux Klan were the impetus of some states’ anti-masking laws. And of course, bank robbers and other criminals wear masks today in order to conceal their identities.

In the George Floyd protests, rioters made anonymous in their recommended masks as they hit dozens of American cities with looting, burning, and violence.

In recent days, people wearing masks have been videotaped crashing through a Louis Vuitton store in Portland, Oregon, and looting its purses, setting cars on fire, and beating people up.

The wearing of masks during the protests has made it more difficult for police to identify suspects. For instance, the Nashville Police Department put out an alert for a man who painted and damaged the Music City Center while wearing a black hood and a black bandana. The Nashville police suggest people search for his nondescript backpack in order to identify him.

Officials have decided that the protection provided by masks against the coronavirus is more valuable to public safety than the possible exacerbation of violence caused by masks. But it’s an interesting prospect that the masks coveted for protection could be making the violence worse and law enforcement more difficult.

Ellie Gardey is a senior at the University of Notre Dame and an intern at The American Spectator through the Intercollegiate Studies Institute’s Collegiate Network.