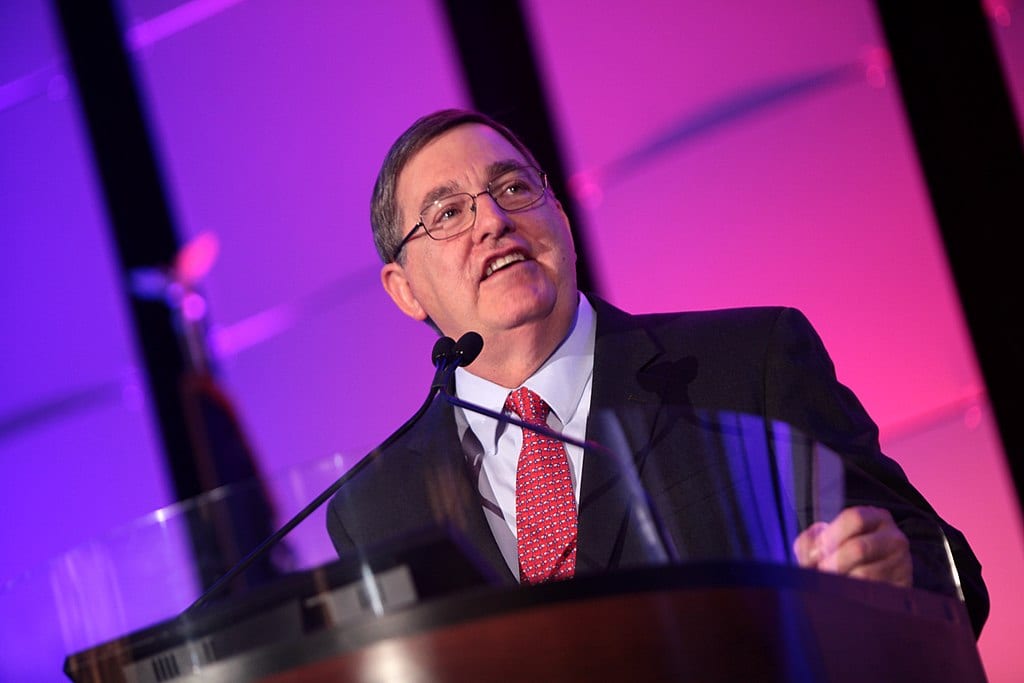 When I was pregnant with my first child 16 years ago, I asked my doctor how much it would cost to pay for the birth out-of-pocket. He had no clue. The truth of the matter is that in most cases, neither doctors nor their patients have any idea what their treatments cost. That’s because the health care market is not a real market.

The prices that emerge in this “market” aren’t the result of supply and demand, influenced by innovation and competition. Instead, they’re the product of a bunch of legislators who want to create a system where anyone but the consumers pays the costs of health care. To achieve that goal, politicians distort the market process with regulations, restrictions and price controls. At the same time, they placate providers, doctors, hospitals, and drugs manufacturers with goodies of their own to help providers swallow this command-and-control pill.

The most recent example of politicians trying to force others to pay for your health care is a piece of legislation introduced by Rep. Michael Burgess (R-Texas). His statute would lift the Medicaid Drug Rebate Program (MDRP) cap. Three decades ago, Congress created the rebate in response to the pressure that rising prescription drug prices put on Medicaid. It required drug manufacturers that want any of their drugs covered by other federal programs, like Medicare Part B or the Veterans Affairs health care system, to rebate Medicaid costs to the government based on a complicated formula.

The basic rebate is determined by that which will provide the lowest price — either a percentage of a calculation called the average manufacturer price (AMP) or “the lowest price available from the manufacturer during the rebate period to any wholesaler, retailer, provider, health maintenance organization, nonprofit entity, or governmental entity within the United States.” Moreover, if drug manufacturers increase their prices faster than the rate of inflation, they must pay a penalty. This penalty is meant to increase the size of the rebate by an amount equal to the difference between the price increase and the rate of inflation.

When created, the rebate was capped at 25% of a drug’s AMP. In the second year, it was raised to 50%. Later, the Affordable Care Act or “Obamacare” set the cap for the total rebate, including the inflation penalty, at 100%. As a result, some drugs are now provided completely free of charge to Medicaid. Tara O’Neill Hayes of the American Action Forum documents the flaws and unintended consequences of these rebates, like twisting manufacturers’ arms so that Medicaid pays a pittance for their drugs, while manufacturers then have to make themselves whole by inflating the price that everyone outside of Medicaid pays for those drugs.

Enter Burgess. He now wants to eliminate the cap altogether under the premise that being able to impose a higher penalty discourages manufacturers from raising prices.

At first glance, this one makes just enough sense to gain politicians’ support. On paper, forcing manufacturers to pay more if prices increase faster than inflation is certainly a disincentive to raising prices. Or not. Because cost-shifting depends on the overall competitive structure in a given market, lifting the rebate cap might not automatically and fully convert into higher insurance costs. But it will increase someone’s cost, and that will have consequences — maybe higher insurance costs, maybe fewer investments in drug development. There is no free lunch. Indeed, the growing, increased market share of Medicaid makes it harder to extract sizable discounts without seriously distorting the market.

Politicians aren’t as creative as markets. By trying to control markets, they make problems worse. This is yet another instance of a regulatory proposal to “fix” a problem that the government helped create. It stems from a chronic delusion that when it comes to health care, almost everyone can take advantage of somebody else, paying the bill through regulatory means without any real harm being done to our ability to get quality health care when and how we want it.

Real reform comes only when we untangle the many ways in which government interferes in the health care market. Instead of fighting markets, legislators ought to unleash them. There are many government restrictions and regulations that limit competition, reduce consumer choice and keep prices higher than they would otherwise be in a competitive market. Eliminating those barriers to competition — not creating new ones — offers the proper path to affordable drugs.