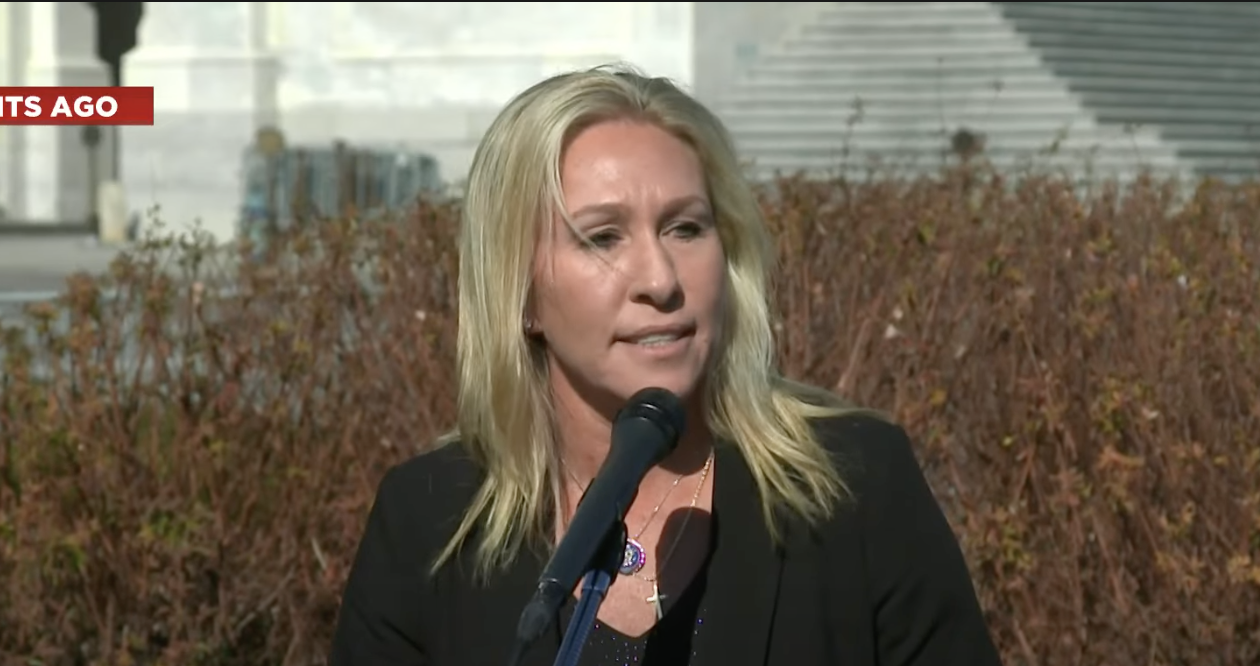 It was a non-apology for repeating vile disinformation — which resulted in Democrats stripping her committee assignments. In 2017, Greene wrote that that gun control “could be the very motive of the Las Vegas Massacre” that, ultimately, killed 60. In 2018 she spoke of a “so-called plane that crashed into the Pentagon” on 9/11.

Greene denied those assertions, as she argued that those remarks should not be an issue because she made them before she ran for office.

Be it noted, Greene wore a “TRUMP WON” mask on the House floor, so she hasn’t exactly seen the light.

The moment presented a sharp step down for the newly minted House member. Only Monday, she posted a tweet in response to Senate Minority Leader Mitch McConnell’s remarks about “loony lies” being a cancer on the GOP.

“The real cancer for the Republican Party is weak Republicans who only know how to lose gracefully,” Greene responded.

It turns out that spouting off whatever half-baked ideas you think might be true in order to show you are a fighter has its limits. And so the GOP rump that prides itself in not listening to party graybeards is reduced to whimpering about being “allowed to believe” things which those graybeards warned them were not true.

I watched Greene and thought about all the Trump supporters who face prison time, job losses, and endless shaming because they attended the Jan. 6 rally. I’m not referring to the armed thugs who broke into the Capitol and assaulted Capitol Police — they deserve to be prosecuted.

I’m thinking of the city cop or the public school teacher who went to the National Mall to listen and march for Trump — with little understanding that it was wrong to try to pressure Congress to nullify fellow citizens’ legally cast votes. Greene seemed to cast herself as a victim, when she was stoking the dishonesty.

Then I think about Rep. Liz Cheney, R-Wyoming, who represents the future of the Republican Party. She was one of 10 House Republicans who voted to impeach Trump. Her vote was a statement of conscience. “There has never been a greater betrayal by a President of the United States of his office and his oath to the Constitution,” Cheney wrote. And unlike Greene, she won’t be walking away from her remarks.

Purists can argue that Cheney shouldn’t have voted to impeach someone who would soon be out of office, but there was an economy in ignoring the niceties to make a statement against Trump’s egging on the mob.

To her credit, former Vice President Dick Cheney’s daughter not only refused to back down when the Trump base tried to get her kicked out of No. 3 House GOP leadership position to punish her for that vote, but also won the support of the majority of House Republicans who voted 145 to 61 to keep her in power.

For the last five years, the Trump base pounced on any Republican who dared criticize the 45th president, because no dissent was allowed. It made Trump arrogant and careless and emboldened rallygoers to embrace whatever half-truths Trump dished out.

Sure, the true believers are as spirited as ever, but they are clinging to the past and an election they lost ungracefully. Their ranks are hedging and thinning, and Liz Cheney is rising.