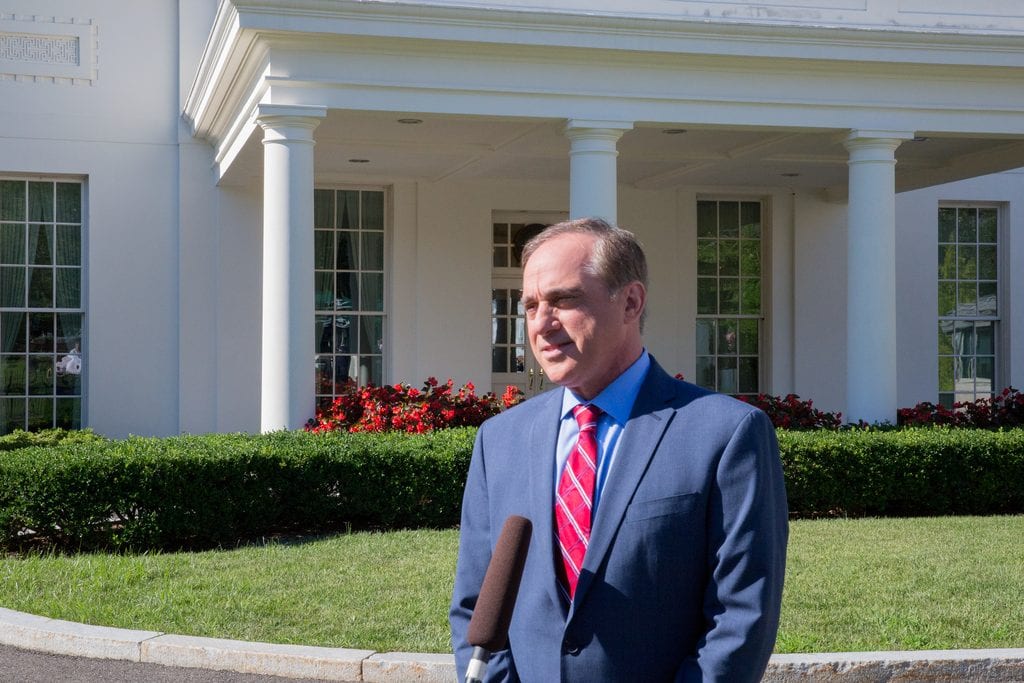 Since President Trump ousted Veterans Administration Secretary David Shulkin, the question reverberating in Washington is whether Trump’s new pick, Admiral Ronny Jackson, is capable of heading a department with 360,000 employees and 9 million vets under its care. Senate Democrats carp he lacks experience running “a complex organization.”

Jackson’s last combat role was with a Surgical Shock Trauma unit in Iraq. Sounds like good preparation for battling the killer VA bureaucracy.

Jackson also shares Trump’s vision of putting vets in the driver’s seat about their own medical care. Here’s what Jackson can learn from his predecessors’ failures.

Lesson 1: Make vets the priority, not protecting the VA bureaucracy. Shulkin refused to do that.

Trump has pledged to fix the CHOICE program so vets can see private doctors when they decide it’s necessary. CHOICE was created in 2014 after revelations that sick vets were dying on wait lists at VA hospitals. CHOICE is supposed to allow vets to get private care if they live far from a VA facility or have waited too long. But CHOICE’s red tape makes seeing an outside doctor almost impossible. That’s deliberate. Senator Bernie Sanders, who co-authored CHOICE legislation, relies on union campaign contributions and will do just about anything to protect union jobs at the VA. Keeping vets trapped at the VA with no alternatives is a job protection racket.

Shulkin was part of that racket too. He misled Trump and Congress with double talk about reforming CHOICE “in a way that will work for veterans and work for VA.” But protecting VA bureaucracy shouldn’t be a consideration, when vets’ lives are at stake.

But the key person to sell this to Congress was Shulkin, and he equivocated, allowing Democrats to block its passage. It was a setback for Trump and vets. No wonder Shulkin was canned days later — not because of flimsy travel expense abuse allegations.

Lesson 2: Cut wait times in half at the VA.

Shulkin claimed success reducing waits, but that’s questionable. VA bureaucrats are still fudging the numbers, according to the Inspector General.

Here’s a remedy. A whopping 47% of VA healthcare users are 65 or older. They need angioplasty and bypass surgery like other seniors. They use the VA to avoid Medicare’s out-of-pocket expenses, because their median annual income is only $24,000. Picking up their copays would cost very little and encourage them to use Medicare instead of the VA. Bingo, it would cut VA wait times by nearly half, making room for younger vets to get combat-related care only the VA can provide.

Lesson 3: Don’t count on VA bureaucrats to fess up when things go wrong. Jackson should use unannounced audits to uncover dangerous conditions at medical facilities, instead of trusting officials to report them up the chain of command.

An Inspector General report last month exposed “a breakdown of core services” at medical centers under Shulkin’s command. At the Washington, D.C. facility, under Shulkin’s nose, patients were needlessly overexposed to anesthesia due to inventory mismanagement. After patients were put under, surgeons sometimes discovered they were out of equipment and had to race across the street to borrow it from another hospital or reschedule the procedure. Shulkin claims he could “not recall” ever being notified of such problems. He expected to be notified?

Pundits are predicting a confirmation battle. The smart money should be on Jackson. He’s combat tested. Disregard the partisan drivel about his lack of experience running a big organization. It’s coming from the same people who had no problem making a community organizer the President.