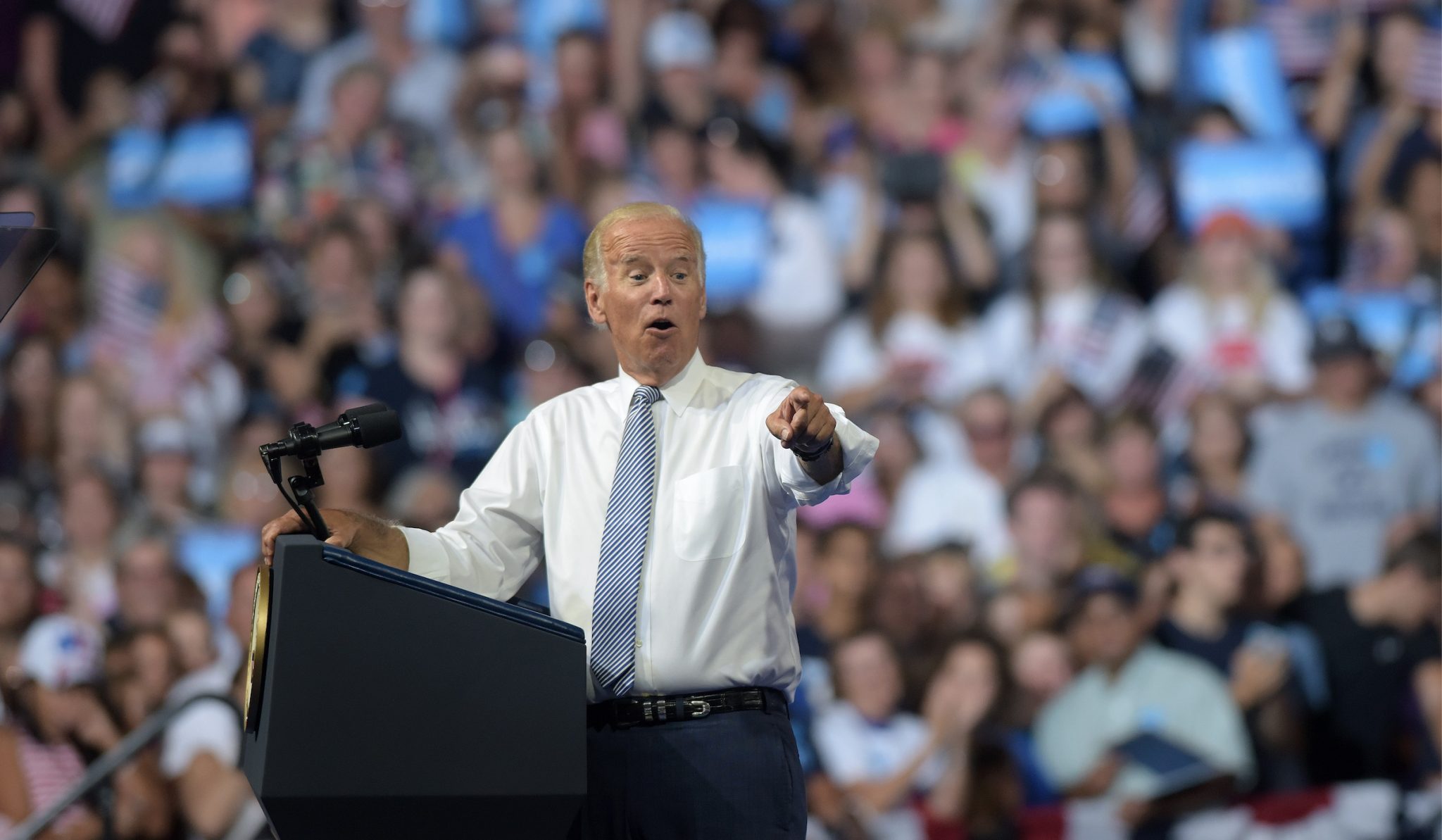 Feminists used to call men male chauvinist pigs. But they will have come up with a new name for pols and others who support the politics of feminism while mistreating women. Will they call them male feminist pigs? The list of such figures continues to grow. Will Joe Biden join the list?

He stands accused of assaulting Tara Reade, doing to her what Donald Trump once discussed with Billy Bush. So far Biden has handled the controversy ineptly. The New York Times reports that feminist groups are growing anxious, wondering why Biden won’t address the matter personally and directly.

One of the ironies at the heart of feminism is that its increasingly strict code of conduct requires the very chivalry and chastity it has done so much to erase.

One of the ironies at the heart of feminism is that its increasingly strict code of conduct requires the very chivalry and chastity it has done so much to erase. It taught men not to respect women but to respect feminism. It pooh-poohed the manners and the morals of the past that kept men on the straight and narrow. It sought political power, not moral goodness. Out of that culture came feminists like the journalist Nina Burleigh, who famously said of Bill Clinton, “I’d be happy to give him [oral sex] just to thank him for keeping abortion legal.”

In these Me Too times, feminists don’t talk like that anymore. But the principle underneath Burleigh’s remark remains valid for many feminists. That’s why they are struggling with this Tara Reade charge. According to Reade, the feminist groups whom she hoped would help her declined. They clearly didn’t want to participate in taking down their preferred presidential candidate — a candidate who brags about his 100 percent rating from NARAL.

But as conservative attention to Reade’s charge intensifies, feminists feel the need to at least pretend to take her seriously. Hence the anxious discussions about Biden’s tardy response. They just want Biden to deny it directly and then they can go back to business as usual. But why should they automatically believe him? What happened to their “women are to be believed” commitment?

The answer, of course, is that feminism’s belief in the accused turns on his politics. If he supports abortion rights and the rest of the feminist agenda, feminists will give him a pass. And Biden does. He has gone to great lengths to appease feminists, even going so far as to change his position on the Hyde Amendment. He used to oppose taxpayer funding of abortion. Now he doesn’t. Biden is also making all the right pro-feminist noises on other issues and pledging to put women on his ticket and on the Supreme Court. He has genuflected before the Me Too movement, as well.

“Believe the man,” says feminism, if he supports the killing of unborn children and feminism’s other causes. That is a curious proof of a man’s rectitude.

“There is no circumstance under which a man has a right to touch a woman without her consent, other than self-defense,” Biden has said. “We are changing the attitudes of America about what constitutes appropriate behavior on the part of a man with a woman.” On that standard, even without the Reade accusation, Biden is guilty. He has been accused by multiple women of placing his hands on them without their consent. Does Lucy Flores believe Biden over Reade? Flores, the Nevada politician who ran for lieutenant governor, says that Biden’s treatment of her — she says he smelled her hair, grabbed her back, and kissed the back of her head — was traumatizing: “he made me feel uneasy, gross, and confused.”

It is laughable to hear Biden campaigning on the pledge that he will restore “dignity” to the White House, given the numerous times he undermined it as vice president. Flores was one of many women whom he made feel uncomfortable. But now the Reade accusation threatens to take this problem to a new level. If true, it will place Biden in the Democratic Party’s pantheon of male feminist pigs.