My MAGA review of 2017, the year America became great again, continues today with a day-by day look at February. 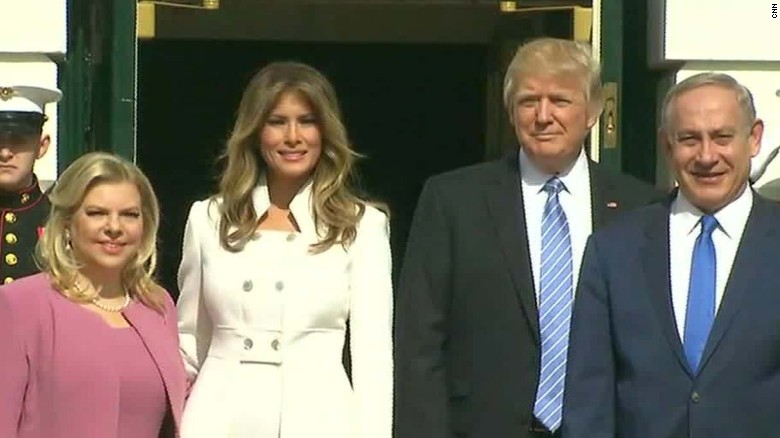 The boycotting Democrats then complained that they did not get to vote against the nominees.

February 3: “Just two weeks into his administration, Donald Trump’s presidency is off to a rapid pace. But even by his standards, Monday was especially frenzied.

“With protests still simmering over the refugee and immigration ban he’d imposed days prior, Trump that morning mocked the Democratic leader of the Senate for shedding what he deemed ‘fake tears’ for those affected by the ban.”

Trump works at the pace of business, not government.

February 4: “Japan is putting together a package it says could generate 700,000 U.S. jobs and help create a $450-billion market, to present to U.S. President Donald Trump next week, government sources familiar with the plans said.”

February 5: “The U.S. Army Corps of Engineers has given a evacuation order to those protesting at the Dakota Access Pipeline camp in Cannon Ball, North Dakota. [SNIP] The Corps said oil erosion and pollution — which it attributed to the ‘unauthorized placement of structures, vehicles, personal property, and fires’ on the land over the course of more than six months — could result in contaminated runoff into both rivers.”

Fake News. The economy went on to grow at twice the rate of the pathetic, worst-since-Hoover 1.5% annual growth under Obama.

Remember all those liberals who defended her? Me neither.

February 8: “Fed up with what they said were out-of-bounds Democratic attacks on President Trump’s attorney general nominee, Republicans struck back Tuesday night, voting to silence Sen. Elizabeth Warren for inappropriate behavior on the floor of the Senate.”

She put the squaw in squawking.

Ah, the peaceful transition of power.

February 10: “I see being called Fake News as the equivalent of the N-word for journalists, the equivalent of calling an Italian any of the ugly words that people have for that ethnicity,” said CNN presenter Chris Cuomo.

The lamentations of their women.

February 11: “U.S. immigration authorities launched a series of raids, traffic stops and checkpoints in at least half a dozen states across the country on Thursday and Friday, sweeping up an unknown number of undocumented immigrants, immigration lawyers and advocates said.”

In other words, immigration officials did their jobs. Oh, how horrible.

February 12: “It took 7 years to write this coal mining rule. Took Congress 25 hours to kill it. Now staffers are steamed.”

In other words, congressmen did their jobs. Oh, how horrible.

February 14: Gabrielle Martin, a trial lawyer with 30 years in the Denver office of the Equal Employment Opportunity Commission, told the New York Times what it is like to work there under Trump: “It’s almost a sense of dread, as in, what will happen to us. It’s like the movie music when the shark is coming. People are just wary — is the shark going to come up out of the water?”

Get out of the water then and find a job in the private sector.

Bibi told reporters, “And finally if I can respond to something that I know from personal experience. I’ve known President Trump for many years and to allude to him or to his people, his team, some of whom I’ve known for many years too. Can I reveal, Jared, how long we have known you? (Laughter) Well, he was never small, he was always big, always tall. But I’ve known the President and I’ve known his family and his team for a long time. And there is no greater supporter of the Jewish people and the Jewish state than President Donald Trump. I think we should put that to rest.”

The most incompetent Hitler ever.

February 16: Pollster Neil Newhouse tweeted, “Just finished an evening of focus groups in Midwest city. Literally no one surprised by Trump’s actions. Doing what he said he’d do.”

A politician keeping his promises? Is that legal?

February 17: “The Trump administration withdrew 24 economically significant rules — those costing more than $100 million — in his first week, and delayed the publication of about 250 more regulations with an an executive order to halt the publication of midnight regulations pushed by President Barack Obama.”

February 18: “China will suspend all imports of coal from North Korea until the end of the year, the Commerce Ministry announced Saturday, in a surprise move that would cut off a major financial lifeline for Pyongyang and significantly tighten the effectiveness of U.N. sanctions.”

Don’t worry, China. West Virginia has all the coal you will ever need.

February 19: “According to Democrats who met with ICE officials Thursday night, the agency said that it will continue to target immigrants with criminal convictions, but that agents will now be free to arrest anyone else they encounter who is in the United States illegally, doing away with Obama administration priorities that shielded millions without criminal records from deportation.”

Gee, you don’t have to rape anyone to get deported? What a concept.

Under Obama, ICE was handcuffed. Under Trump, illegal aliens are.

February 22: “Richmond City Council says it has become the first city in the country to go on record in support of impeachment hearings for President Trump.”

From an earlier report, “The City of Richmond is one of six distressed municipalities at risk of bankruptcy, a state auditor has found, despite having cut 20 percent of its workforce, eliminating neighborhood cleanups and ending buying new library books.”

Not buying books for the library or cleaning up neighborhoods gives the town time to impeach the president.

Now, if only the Constitution gave Richmond City Council that power.

February 23: The Huffington Post posted a story, “Trump is absolutely right about Sweden.”

And then took it down because it was true. And once you start telling the truth, people will expect the truth all the time.

Have no fear, readers. The piece is here.

February 24: “In her 35 years as a therapist, Arlene Drake has never heard so many clients talking about the same issue. Week after week, they complain of panic attacks and insomnia because of President Trump. They’re too anxious to concentrate at work. One woman’s fear turned into intense, physical pain.”

He’s driving liberals crazy, but in most cases it is a short trip.

February 25: Trump tweeted, “Congratulations to Thomas Perez, who has just been named Chairman of the DNC. I could not be happier for him, or for the Republican Party!”

Snow is killing the ski industry.

February 27: “Trump to skip White House correspondents’ dinner: ‘No reason for him to go in and sit and pretend’.”

For the next two months, pundits pouted.

They were too busy bashing Trump to get the awards right.