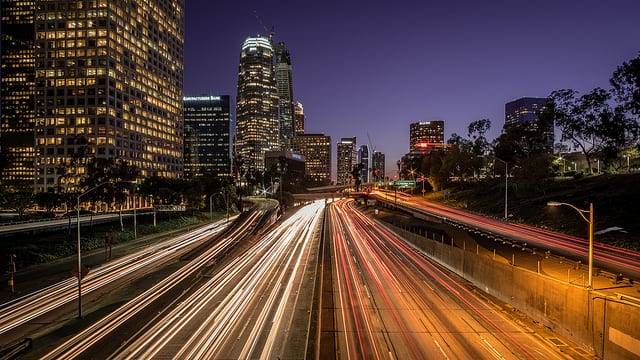 Having just recently extricated myself from the City of Angels after twenty-two years there, I can recite a litany of taxpayer abuses almost reflexively. Big American cities that have been run by liberals for decades never have a second thought about burdening their citizens, often for the most insane, feel-good, liberal reasons.

Very few things scream “nonsensical waste of time and money” like whichever boondoggle Climate Church orthodoxy is forcing upon the public at any given time.

Now that my perfect weather-induced Stockholm Syndrome has worn off, I realize what an annoying presence the feel-good garbage had in my life. The first time I went to a grocery store here in Tucson and was able to put my items in a plastic bag I almost went back to buy a bottle of whiskey so I could toast the blessed event right there in the store.

The latest in a long line of climate change silliness from California liberals comes from my former city, where they are now under the impression that street coating can change the weather.

California officials are hoping their latest attempt to stem the rising tides of climate change leads to a more socially conscious — and cooler — summer.

Officials in Los Angeles have been painting streets white to reduce the effect of urban “heat islands” and combat the effects of climate change.

The LA Street Services began rolling out the project last May, which preliminary testing shows has reduced the temperature of roadways by up to 10 degrees. The project involves applying a light gray coating of the product CoolSeal, made by the company GuardTop.

Sounds really cool (pun most definitely intended) if you are the sort of person who believes that covering up some of the streets in a gargantuan urban sprawl area that covers over 33,000 square miles and is home to over 18 million people will do any good.

If, however, you aren’t concussed, you may wonder more about things like price. As with all progressive-dominated bureaucracies, Los Angeles is making sure it spares no expense when using the money of its taxpayers:

While each coating could can last up to seven years, they are also pricey, with the estimated cost of $40,000 per mile, the L.A. Daily News reported.

“Climate change is a fact of life that people in Los Angeles and cities around the world live with every day. It is a grave threat to our health, our environment, and our economy — and it is not debatable or negotiable,” said Mayor Garcetti.

OK then, let’s spend $40K a mile to bring the temperature down on some streets.

The worst part about being roped into any “SPEND MONEY NOW” scheme that the climate hysterics are insisting upon that day is the fact that their own definition of what they are and what is happening has been changing for forty years.

First it was global cooling. Then it was global warming. It seemed like they had finally settled on the more vague “climate change” until recently. Now it’s “climate restoration,” which wants to do away with the focus on the things they keep incorrectly predicting and put the whole planet’s atmosphere into Mr. Peabody’s Wayback Machine and take it to pre-industrial times.

The climate alarmists have moved the goalposts so many times that there isn’t any firm soil left for them to replant them in should they decide to do so once more.

One of the frequent problems of dealing with postmodern secular progressives is that they all think they can be God if given the proper budget. A budget funded by someone else, of course. As we are all painfully aware, that someone else is more often than not the already too put-upon taxpayer.

If the progressive cabal running Los Angeles really believed in the climate hysteria they’re selling they would be focusing more on the cars than the streets. Per their story, it’s the automobiles that are a major player in all of this warming or change or whatever it is right now.

Get rid of the cars and you don’t need the streets, right? We’ve just saved Earth and a lot of money!

There was a time when I would mock leftists with absurdity like that and think nothing of it.

Now I often have a little trepidation that the lunatics might just make it come true.