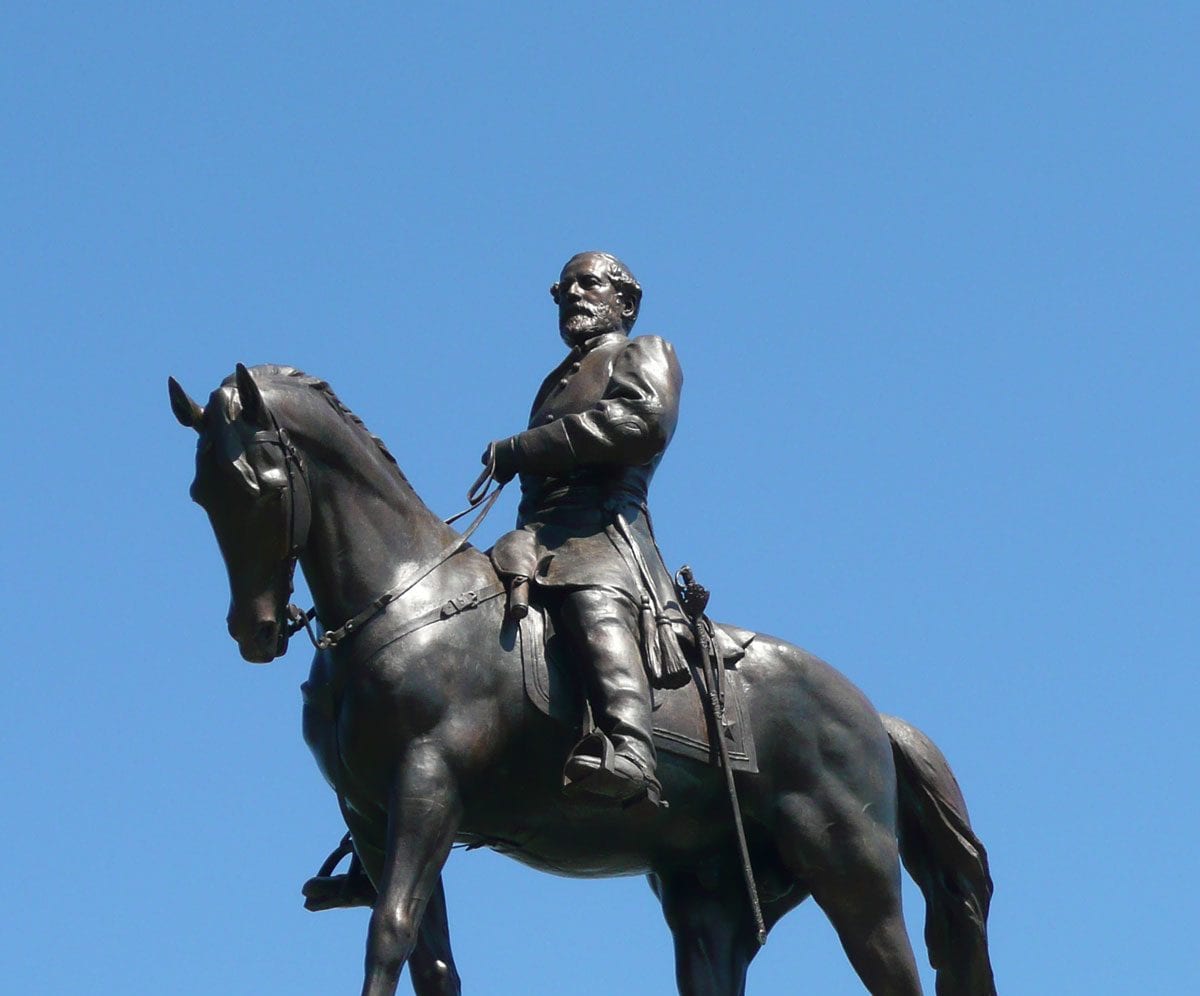 Newspapers: No Longer Businesses, But Arm Candy for Billionaires

Weep not for the impending death of the mainstream media; the medical examiner will rule it a suicide. Make that double suicide, a theoretical impossibility.

Business annals are filled with the obituaries of corporations that have failed to foresee, analyze, and formulate strategies to deal with change: Former household names such as Control Data, Sears, K Mart, and Eastman Kodak are either gone or on terminal life support.

The Mainstream Media, ominously having earned their own easy-to-make-fun-of MSM acronym, are next. Their demise is medically unique, since in theory it’s impossible to die twice. Having already died as print media, they are committing suicide again as Internet purveyors. Apparently it’s going to take a wooden stake through the heart to finish the job.

After their well-chronicled failure to react to their displacement by the Internet as a news source, it’s not an elephant in the classroom at the Harvard Business School but a titmouse that newspapers are no longer an attractive or maybe even viable business proposition. A recent public conference call by the once-venerable New York Times chronicled the whole industry’s dilemma, and more instructively its own proposed reaction to declining profits (down $8 million in the first quarter of 2020). Anticipating an earth-moving drop in ad revenue for 2020 to 50% of revenue, NYT execs described plans to make up the deficit with increased revenue from circulation.

Last week the also publicly traded shares of Gannett, the parent company of USA Today (known in the trade as McPaper-free at Motel 6s) earned the often kiss-of-death designation of “penny stock” as they dropped to less than a dollar each.

What the NYT did not mention was the change in status of newspapers from Hearst Castle-building money spinners to arm candy for billionaires. The equally venerable Wall Street Journal ran for a Sugar Daddy’s arms to Rupert Murdoch years ago, the Boston Globe is now owned by a stock funds magnate, and everybody knows who owns the Washington Post. The Times itself has received a Dracula type transfusion from Mexican billionaire Carlos Slim. My own home-town daily is owned by a physician billionaire whose prior 15 minutes of fame were blighted by a lurid bankruptcy.

The major response of many large dailies to impending rigor mortis has been the “if you can’t lick them join them” gambit of imitating their assassins by promoting online editions, commonly now available for “only 99 cents a month,” the MSM version of the certainly down-market “everything’s a dollar” stores. No offense intended, since the latter actually turn a profit.

Packing these Internet MSM imitators with ads, often obscuring content or appearing uninvited with annoying frequency, a new trend in these flotation devices has been to take ads from not too subtly disguised Chinese businesses. In the most obvious case of Home Depot selling termites, my hometown newspaper mercilessly and supremely ironically flogs Chinese-made items designed to protect from coronavirus — formerly known as the China virus. Does Bed Bath & Beyond sell bedbugs?

For those readers interested in deleting China-made products from their shopping or wish lists, the ads are easily identifiable by similar formatting and clunky English in their sales pitches. Their apparel offerings could be best described as Grateful Dead 1980s. Promising delivery in 7-10 “business days” or even up to 30, they are not as well camouflaged as the Peoples Liberation Army’s. While I’m for free trade, and that includes advertising, I’m also for self-restraint.

A time-worn description of a capitalist is a person who will sell the rope for his own hangman’s noose. There’s at least one lamppost in every major media market.

Why the Robert E. Lee Statues Must Remain

Recently in The American Spectator, Doug Bandow has written quite persuasively about the idea that the statues of General Robert E. Lee that dot the South should now be removed. He described at some length the excellence of Lee’s service, first to the US Army and later to the Army of Northern Virginia. The opinion of officers on both sides of the conflict was the Lee was the superior general officer. He spoke of the difficulty with which Lee struggled in making the decision to resign from the US Army in order to defend his home state. It is abundantly clear that Lee was, by definition, a patriot, a person who loves and actively defends his homeland against all enemies. Bandow has reminded us that, following the Civil War, Lee never capitalized in any way on his wartime fame. He did not write any books, did not attend war-related gatherings, did not engage in speaking about the war. Instead, Lee worked for national reconciliation, for putting the Civil War behind the whole nation. He took on the position of President of Washington College, certainly not a prestigious or well paid position, but one in which he could work to pass his values on to the next generation. The life of Robert Edward Lee was one of service to others, as an officer in the US Army, as an officer in the Confederate Army, and finally as an academic leader. At no point in his life was Lee focused on personal gain.

Bandow’s main argument for the removal of the Lee statues is that such removal is what Lee himself would have wanted. I think that Bandow is probably correct about what Lee would have wanted, but I do not think that is a valid reason to remove the statues. In our time, when broken families are increasingly common, we hear repeatedly about the need for examples for our youth. It is quite difficult to teach the young about civic virtue, loyalty, and service. Today there are exceedingly few examples of selfless leadership, few real patriots to whom we can point as examples for our young people today. Lee is exactly the sort of example that we need for our youth. The life of Robert E. Lee is one of true success, not in worldly terms, but in terms of dedication, loyalty, and service to others. We need examples like Lee, and we have precious few of them. It would be a gross error to discard one of the very best available to us. The statues of Lee must remain, and the full story of Lee must be taught to all.

On “More Than One Mad Dog in Washington,” by R. Emmett Tyrrell, Jr.

I disagree with Mr. Tyrrell calling George Wallace a bigot. The 95% of black voters in Alabama who elected and reelected Governor Wallace didn’t consider him a bigot. Democrat voters in Maryland and Michigan, who gave Wallace landslide primary victories, didn’t think he was a bigot. 20,000 people who came to hear him on Boston Common and 17,000 who jammed Cincinnati’s Convention Center didn’t think so either. Elvis didn’t think Wallace was a bigot when he had his driver take him from Memphis to Montgomery just to meet him. Paul Harvey, in a precursor to “The Rest of the Story,” told the story of the time the young George Wallace lost the state Golden Gloves boxing title because he’d injured his hands in a fight to protect a black man who was being beat up by three white thugs. Neither the grateful black man nor Paul Harvey thought Wallace was a bigot.

But the schoolhouse door, you say? Well I guess you and I and Wallace have different perspectives on the 10th Amendment.

There is no way to define homosexuality or transsexuality without referring to sex (or a synonym).

A friend of mine put it simply: The law says what it says, and what it says is extremely broad. It would have been judicial activism for the court to read exceptions into the law that Congress didn’t write.

We assumed for decades that the law permitted sex-specific bathrooms and locker rooms in the workplace, but Congress never bothered to narrow the law. The Supreme Court finally pointed out the omission.