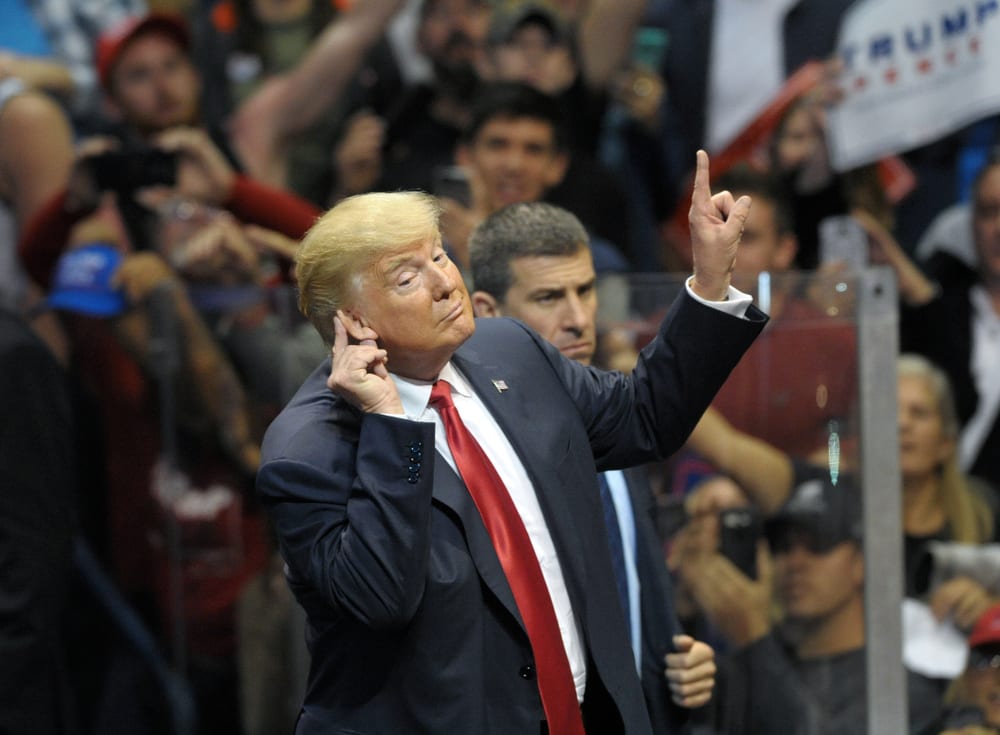 As a post-college graduate, NYC resident for 46 years (witnessing your predictive Wollman rink success) and energetic senior I was wise enough about preserving our democratic republic to vote for you in 2016. Based on your policy instincts and substantial successes in office I will vote for you in 2020.

However, I’m getting the sense you’re in a “take this job and shove it” mood and who can blame you after the undeserved, sustained brutal attacks on you and your administration (and we “deplorables”) by the cynical brutes in the opposition whose judgment in decision-making is awe-inspiringly faulty, plus who wouldn’t want to retire to a life of leisure in Florida? Such a funk might account for some of the recent unforced errors of the campaign.

I’m familiar with published advice you’re getting for how to proceed in your reelection and have these additional suggestions, in no particular order:

If my impression is correct that you are experiencing inner conflict about your personal future and might give up, I’m pleading with you to “dig deep” to find the fire of courage and demonstrate your obvious (lost?) pleasure in standing with and for us that’s required to save our republic; if you don’t our beloved country will be “transformed” for real this time (vs 1960s) in the hideously ruinous way Obama intended. I will continue to fervently pray for you and us for the sake of our grandchildren and survival of our American ideals.

Warning: West Point Is Part of the Deep State

To whom it may concern,

I am an officer in the Regular Army, and a graduate of the U.S. Military Academy at West Point. I write this letter to the people of the United States, anonymously, because there is a serious matter that should be brought to your attention.

Recently, an article titled “A Letter to the West Point Class of 2020, From Fellow Members of the Long Gray Line” was published online, and to date has the signatures of over one thousand West Point graduates affixed. The following exerpt neatly summarizes it: “The abhorrent murder of George Floyd has inspired millions to protest police brutality and the persistence of racism. Sadly, the government has threatened to use the Army in which you serve as a weapon against fellow Americans engaging in these legitimate protests.” It goes on to insinuate that President Trump is a domestic enemy of our Constitution, and that West Point graduates who support him are betraying their oath of office.

The most glaring inaccuracy of this letter is the blatant lie that the President has threatened to use the Army against legitimate (i.e. lawful, legal) protests. By burning down buildings, storming police departments, and murdering people, certain so-called protestors have left the realm of domestic politics and have entered the realm of domestic terrorism. By engaging in armed rebellion against the United States of America, they have entered the realm of insurrection. Since these people have declared their autonomy from the United States, they cannot invoke the rights of American citizens, and should not be called “fellow Americans.”

As far as the Army is concerned, the Army has been fighting terrorists who wage war on our Nation for over eighteen years. Just as the Army can lawfully do this in Afghanistan, it can lawfully do it on American soil. The Insurrection Act of 1807 authorizes the President of the United States to deploy the Regular Army against an insurrection. This is a matter of fact, not of opinion.

However, there is an enormous problem with this proposed course of action. Namely, that if the President were to issue such a lawful and timely order, it might break the Army. The sad reality is that a large part of the officer corps has a weak grasp of what it means to uphold and defend our Constitution, from all enemies, foreign and domestic. Cadets should be taught this thoroughly prior to commissioning, but the “character development” at West Point shows total disregard for the bedrock moral values of our country, i.e. the principles of our Declaration of Independence. This is what enabled the graduation and commission of Spenser Rapone, an avowed communist who was mentored by a communist faculty member of the West Point History Department.

It now appears that the consequences of this alarming ignorance extend far further than just one graduate, because so many of them have effectively promised to defy any order to quell the avowedly non-American, hostile force in our midst. Our President has quite rightly identified that a “deep state” exists in our government. I would define that as a group of well-entrenched people in positions of power, whose loyalty to themselves and their agenda outweighs their loyalty to the Nation and the Constitution. By this definition, the deep state extends to the Army’s officer corps. The American people should know that the complete trust that they have in the once-august institution of West Point, and in the officer corps of the U.S. Army, is misplaced.

Something that always bothers me is when some of my fellow “liberal/progressive” Democrats try to SHAME me because the economic and financial issues mean more to me than do the social, cultural, identity-politics and cultural-wars issues. I care a lot about the latter, but I think that I should not be shamed for being more concerned about people being able to survive and pay their bills.

I hope you can understand where I am coming from even if you think that I am “wrong” for feeling like this.

Little do my “Democratic Party” critics know that my wife has 3 family members who are multi-millionaires and would help us out in a heartbeat if the conservative-Republicans ever cut our Social Security Retirement benefits since she is the most beloved person on both sides of her family. My concern is NOT about “me.” It is about all of the millions of others who rely upon programs like Social Security and who do NOT have family members like we do who are multi-millionaires.

Too Little Too Late?

We may not have the answer to the above question until November 3rd, but every effort should be made between now and election day to initiate “damage control.” Yes, Donald Trump is our best hope for the future. He has proven by his deeds that he is a man who delivers on his promises. And that was a refreshing difference from most past presidents. As hard as some have tried, they have often failed to deliver on promises made to the American people once they occupy the Oval Office. Donald Trump has delivered. However, he has lacked leadership most recently by allowing what he correctly labeled as “anarchy” to flourish in our nation. He didn’t encourage it, but he failed to take action immediately upon the first riots that included burning public property and looting.

There is nothing in our Constitution that allows for such behavior. The opposing party and some minority groups can cry “First Amendment” all they want, but Freedom of Speech and Freedom of Expression does not include vandalism and anarchy. When governors and/or mayors of our cities failed to act when the first statue was torn down or the first building was burned or the first national guardsmen were spit upon or injured President Trump should have taken action according to his first duty as President of the United States: responsible for the safety of each citizen. Trump should have given these “do nothing” local leaders the ultimatum then, rather than waiting until now. His ultimatum should have been direct and meaningful: “You shut this down now, or I’m sending appropriate troops in to shut it down for you.” You can call that action whatever you wish, but the American people would have witnessed leadership in their president.

Another reason that it may be too late for damage control is that the president was foolish to not wear a mask when it was recommended by his medical team. And he should have learned his lesson from the casino failures: don’t gamble with your constituents. Leadership would have limited rallies to strict adherence to medical advice: social distancing and wearing a mask in public. He surely must realize that holding rallies and allowing it to be each individual’s choice to be safe or sorry only lacked leadership. It is not the right of any American to behave in such a manner as to endanger another American’s life! So how can a leader allow such careless and immature behavior at rallies? They can’t!

Unless the president mends his ways for future rallies, he will lose. Crowds will continue to thin out as they realize that their president is allowing him to gamble with their lives. Yes, gamble by allowing the person next to them at a rally to endanger their very life and the lives of their family members attending these large rallies. He is much better off to hold Town Hall Meetings where social distancing and mask wearing is required. So there won’t be the thousands that he boasts! But the American people are not going to vote a good man out of office because he adheres to the advice that will protect each one of his constituents … each American. His vanity could be the reason that “it’s his to lose,” and he surely will be vacating his D.C. residence if vanity wins out over common sense.