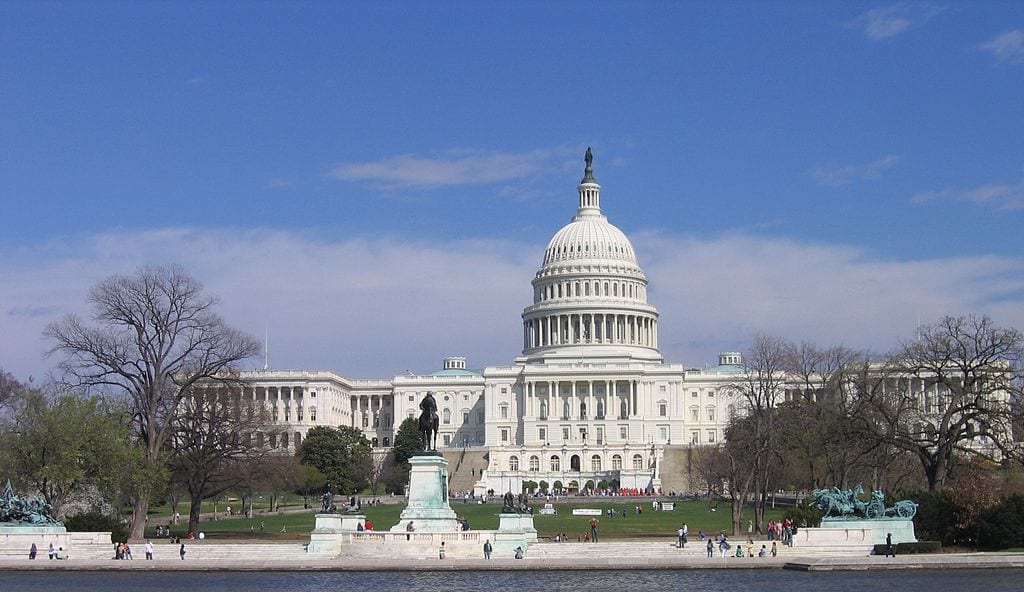 Lawmakers on Capitol Hill approach an agreement on spending with another government shutdown looming at 12:01 a.m. Friday.

Strangely, rather than encourage frugality, the government running out of money — and frequently necessitating such sky-is-falling deals — invariably ushers in a congressional consensus to spend even more money, which hastens the date that the government again runs out of money.

Politico describes the deal as “expected to bust budget caps by $300 billion for both domestic and defense programs over the next two years.” Roll Call reports, “Negotiators are close to an agreement on a budget deal that would raise discretionary spending caps by upwards of $300 billion over two years and provide billions of dollars more for nondefense programs that are outside the constraints of the caps.”

But by late Wednesday the House had passed a bill to increase defense spending but keep discretionary domestic expenditures at current levels. That bill appears dead-on-arrival in the Senate, where the upper-chamber appears poised to re-craft the legislation to boost domestic as well as defense spending.

Whoever defined stupidity doing the same thing but expecting different results never said it within earshot of Capitol Hill.

The boosts in expenditures follow two developments that make increases in the budget imprudent.

First, late last month the Committee for a Responsible Federal Budget estimated that the federal budget runs deficits reaching $1 trillion for both 2019 and 2020. This follows a year in which the national debt eclipsed $20 trillion.

“Unfortunately, lawmakers do not appear to be finished adding to deficits,” the group announced, somewhat prophetically, prior to what appears as a legislative agreement spiking spending. “Among other things, Congress is likely to consider increasing discretionary spending caps for the next two years, disaster relief to deal with last year’s hurricanes, extensions of temporary tax provisions that expired at the end of 2016. If we assume that sequester relief will lift the discretionary caps by $240 billion over the next two years (consistent with this press report), disaster relief totals $81 billion, and tax extenders are revived through 2018, the deficit would reach $1.12 trillion in 2019 and $1.13 trillion in 2020. It is quite possible that there will be other costs on top of that from larger sequester or disaster relief and/or other policies that are lumped into a budget deal.”

Second, President Donald Trump announced a series of government initiatives in his State of the Union address. These include spending on family leave legislation, job training, and, most significantly, infrastructure. In the speech, the president outlined $1.5 trillion in new spending to cure what he described as an “infrastructure deficit” without reference to its impact on the actual deficit. The fine print, because the plan relies heavily on state, local, and private money, calls for merely $200 billion in federal spending (yes, we have tragically reached the point where “merely” can modify “$200 billion” in a non-comedic manner). That said, the president’s speech emphasized spending, if vaguely, without outlining offsetting costs, specific, vague, or otherwise.

Despite the Atlanta Federal Reserve revising its first quarter GDP estimate downward from 5.4 percent to 4 percent, the economy clearly appears booming, particularly when one compares it to growth in the sluggish 21st century. The economy does not call for increased deficit spending. But Congress and the president do.

That’s a problem, particularly for when interest rates rise and the economy hits a rough patch. Where, then, will deficits reach?