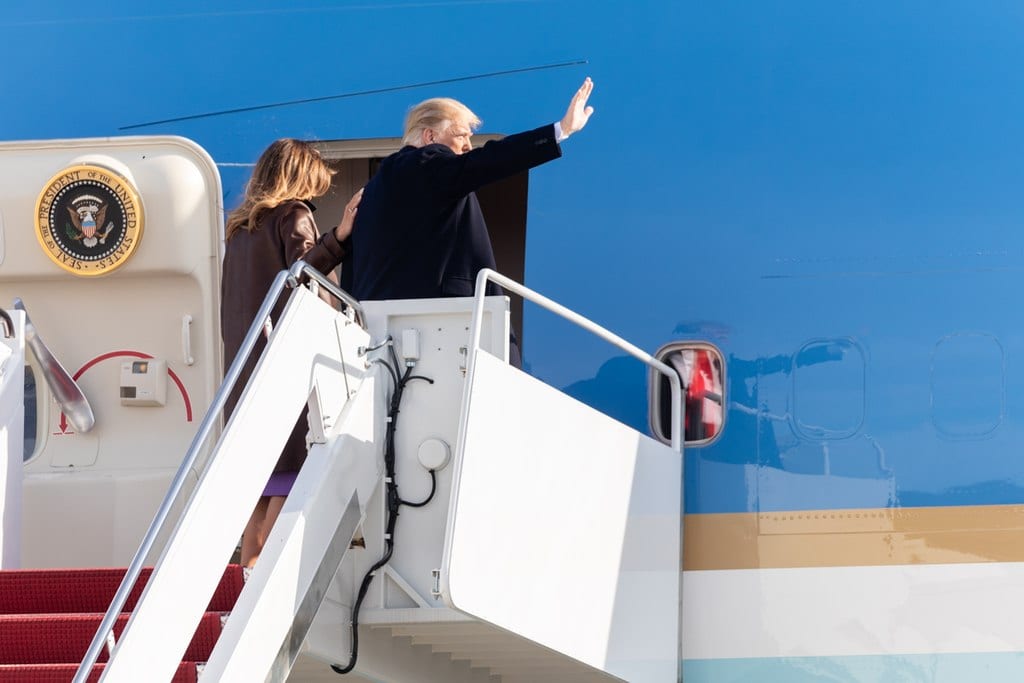 We are now into the third day of the “Government Shutdown” — or, as I prefer to call it, the “Trump Filibuster.” So? So did the sky fall? Did the oceans stop or start rising? Did our planet start or stop healing?

’Tis true that the U.S. Postal Service mail will not be delivered this Tuesday or next, but that is not because of the “shutdown.” It is because of Christmas and New Year’s. Otherwise, the mail will be delivered, the TSA and air controllers will be handling air travel as always, ICE will be at the border, government monthly payments ranging from Social Security checks to food stamps will be sent. Our men and women in military service will be funded, as will be their materiel. Seventy-five percent of the Government is funded into most of 2019.

When the Republicans shut down the Government under Obama, he cynically set up barriers to prevent people from visiting the World War II memorial and the Martin Luther King monument. That was consistent with his vicious narcissism that animated so much of the Lost Decade from January 2009 until the Trump inauguration of 2016. There was no need for Obama to close down those monuments and memorials, just petty cynical politics. Those sites did not require funding to stay open. President Trump can keep them open simply by not going out of his way to shut them down. And many other national treasures also can remain open, only with the Tourist Welcome Centers closed. Inasmuch as the security of the nation is at stake — big deal!

Nothing has changed, and nothing is going to change. The furloughed federal workers all will get their back-pay in the mail as soon as the Government reopens. Mueller will keep doing that thing he does. His funding reliably is there, if he likes, through January 21, 2024. The House Democrats will have no problem getting federal payments made to their dozens of investigators and lawyers as they ramp up the next two years of non-stop investigations into Trump’s taxes, Trump’s hotels, Trump’s golf swing, Trump’s hairspray. The Democrats still will have the money to fly to D.C. every Monday morning and to fly back home for weekends. The shutdown is all a big nothing. Or, in the spirit of the season: Bah humbug.

But here is what is not humbug: If this President backs down on building a Wall, there will be a Democrat sweep in 2020. You can take that to the bank, no matter what interest rates the Fed sets. Caucasian ethnic blue collar voters in the Rustbelt — states like Pennsylvania, Ohio, Wisconsin, and Michigan —voted for him in 2016 because they felt he would be a different kind of politician, namely one who honors and fulfills his promises. That is, they believed he is not a “politician.” In so many ways, he has rewarded his constituents’ faith. But the Wall is the biggie; it is his cardinal promise: “Read my lips, No new crossings. If you like your border, you can keep your border.” That Wall is his defining pledge.

If he backs down on the Wall, even after a year, then President Trump will be signaling to those who had not voted for years, people who essentially boycotted elections because “they all are crooks and liars,” that he is one more charlatan in the mix. But if he stands his ground on this one, he will engender an enormous loyalty of people who will vote in 2020 on the passionate belief that “he has been fighting for us, and now we have to fight for him.” It is that simple and is a narrative that this country’s heartland loves: Mr. Trump Goes to Washington. This week treat and inspire yourself and see that movie again. Meantime, treat yourself to these three minutes.

There is no question that we need a border Wall. The Democrats — Obama, Hillary, Schumer, all their leaders — demanded one for years… until they realized that a porous border is the ticket to reversing every Republican red state into becoming California blue. The turning point that has convinced many previously undecided Americans that there is no substitute for a Wall came with the recent Caravan. To paraphrase Al Gore, “The debate is over. The science is decided.” We cannot control mobs of thousands who congregate to rush the border simply with drones and electronic sensors. America needs a Wall. Walls work. If they did not work, Obama and Eric Holder would have been the ones building it as a “shovel-ready job” when they needed to find ways in addition to Solyndra to spend “stimulus money.”

For two years, the Democrats have been The Resistance. They have fought Trump on everything, even on things that are ridiculous to oppose. They have blocked the most minor and insignificant Presidential appointees. For the more significant nominations, like Justice Brett M. Kavanaugh, they created a three-ring circus replete with an outright liar perjuring herself under oath and clowns and flame swallowers, so that they simultaneously could “resist” Trump while affording their first round of Presidential aspirants a national stage to strut their stuff. Cory Booker got to play Spartacus. Kamala Harris used her opportunity to try getting people to forget that she slept her way up the political ladder with California Democrat boss Willie Brown. Amy Klobuchar handled herself better than did most of the others, thereby disqualifying herself in the era of the Resistance.

The laws of physics teach that many reactions generate equal counter-reactions. What the Democrats have done by “resisting” the President so bull-headedly for two years is they have presented President Trump with a perfectly sensible reason to push forward on all cylinders without bothering to explore ways to compromise with them. They mean him ill, and he gains nothing if he plays by their rules. Instead, by defying them and by just being Trump, he can effectively “resist” them, too. After two years of their obstructing his efforts to fulfill promises he made, now they can experience two years of controlling the House while being stymied and unable to get a thing accomplished either. It can be played both ways, and it should be.

So let the Government stay closed, even for a year, even for two. It does not matter. Let the Hose Democrats investigate for two years; they would be doing it anyway. If they dare vote for impeachment, it never will pass the Senate, and the voters will make them pay for wasting two years, blocking the Wall, and accomplishing nothing.

And if G-d forbid anything crosses that southern border that causes damage any time during the next two years — more opioid deaths, more human trafficking, more MS-13 animals, weapons used for terror, or terrorists themselves — the lack of that Wall will tumble down on them.