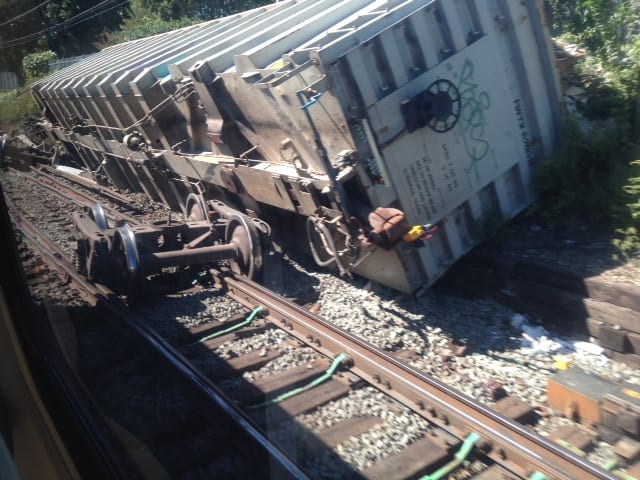 Such is the case for the West Lake Landfill. There’s a plan in the works to dig up hazardous materials stored there and transport them somewhere more remote, which is far riskier for everyone involved than leaving those materials safely where they are.

West Lake Landfill is located in Bridgeton, Missouri, about 20 miles from St. Louis. It was a limestone quarry when it opened in 1939, but eventually became a dumping ground for radioactive leftovers from the Manhattan Project. Because of this, the EPA designated it a Superfund cleanup site and sealed it off with several feet of topsoil, clay, and crushed rock, plus some concrete for good measure.

While it must certainly be a bit unsettling for Bridgeton residents, the site has been shown to be remarkably safe.

In 2015, the Obama Administration’s EPA found West Lake’s background radiation is not “above a level of concern.” Of 20 samples tested, radiation was actually “significantly below background levels” in 19 of them. Furthermore, the Agency for Toxic Substances and Disease Registry concluded in their independent evaluation that West Lake posed no health risk — radon gas levels were well below those that lead to lung cancer, groundwater near the landfill isn’t used for drinking, and soil samples were not contaminated.

For Missourians living near the site, there’s probably less danger in living near West Lake than there is carrying a cell phone in their pocket or bra.

The plan to move West Lake’s waste opens the door for two problems. First, just by cutting into the landfill’s seal, there’s the potential for waste material to get loose as it’s being dug out of the ground. All that radioactive material that’s not a danger to Bridgeton residents suddenly would be. Even if it’s not a particularly windy day, contaminants could spread once they come out of that several feet of topsoil, clay, crushed rock, and concrete.

But the much bigger problem comes from transporting it.

Regardless of whether the material is relocated, it’s going to be shipped by rail. And rail is probably the riskiest way to travel.

While traffic fatalities are down, widely because of improved technology, rail shippers are still using basically the same tech they have for the last 70 years. A motorist is almost 20 times more likely to die in a crash with a train than another motor vehicle. About every 90 minutes, a train collides with another object or derails.

Although train derailments happen a lot, we don’t see them on the news that much because they usually don’t hurt people. “Most derailments are relatively benign, and can be compared to a person walking down the street, tripping, getting back up, and continuing on her or his way,” engineering professor George Bibel wrote in Train Wreck: The Forensics of Rail Disasters, “Yet derailments have been responsible for some of the greatest train wrecks ever.”

And if the train is carrying radioactive waste, even a benign derailment would be an environmental disaster. And that’s not just wild speculation: a train carrying hazardous waste in the U.S. derails every two weeks!

Just this August, several families in Greenwood, Colorado, had to evacuate their homes when a train derailment spilled hydrogen peroxide. A few days earlier, authorities had to evacuate a building in San Bernardino when a dozen tanker cars derailed, leaking a dangerous “gas and alcohol-based liquid.”

Last year, all residents of Hyndman, Pennsylvania, had to flee after a freight train transporting haz-mat derailed in an accident where several of the cars spontaneously caught fire! (Video here.)

Commuter rail was disrupted in 2016 when a train derailment near Washington, D.C. leaked hundreds of gallons of toxic sodium hydroxide. In 2012, a derailment in Jefferson County, Kentucky, demanded an evacuation of a one-mile radius when the train spilled butadiene, a “highly explosive material that cannot be contained with water.”

Not every derailment leads to a spill, and not every spill is as dramatic as these examples — but a spill containing radioactive waste could actually be much worse.

The material buried in the West Lake superfund site is no danger to anyone there, but it could become dangerous if it’s unearthed — and a horrible to risk to anyone it’s shipped past. On all counts, the safest thing is to just leave it in the ground.

Jared Whitley, a former White House and Senate aide, has written for the Weekly Standard, National Review, and the Hill.