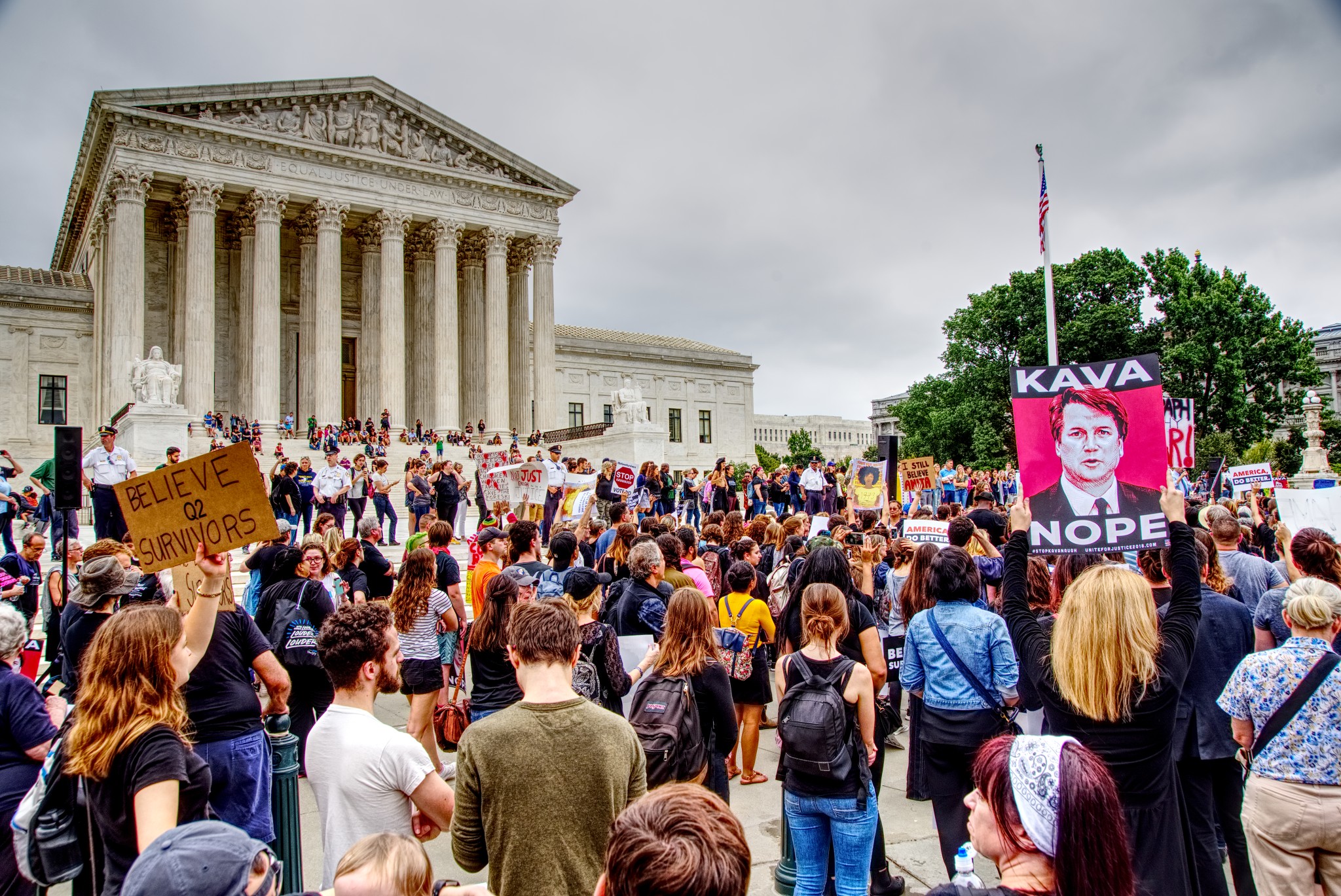 Supreme Court Justice Brett Kavanaugh was forced to leave through the back door of Morton’s Steakhouse in Washington, D.C., on Wednesday night after protesters showed up outside the restaurant and demanded he be kicked out. ShutDownDC, a left-wing activist group that organizes what the group calls “direct action,” called the manager of Morton’s with an ultimatum that Kavanaugh be removed. ShutDownDC later tweeted that Morton’s “should be ashamed for welcoming a man who so clearly hates women.”

Morton’s issued a statement in response to ShutDownDC’s harassment, rebuking the activists for their disruption. “Politics, regardless of your side or views, should not trample the freedom at play of the right to congregate and eat dinner,” a Morton’s representative said. The representative added that “disturbing the dinner of all of our customers was an act of selfishness and void of decency.” Indeed, Kavanaugh did not even have the opportunity to finish eating before he was compelled to leave.

Morton’s response, which was as refined and tasteful as the restaurant itself, contrasted sharply with the raucous endorsement of ShutDownDC’s actions by leftist Twitter. Former sports commentator and professional lunatic Keith Olbermann, who has called for Trump supporters to be imprisoned, suggested that Kavanaugh deserved the harassment because “originalists note the Constitution never mentions dinner” as a right. Former USA Today columnist Cheri Jacobus claimed Kavanaugh and “Morton’s MAGA Steak House” believed in a right to dine but that “4th graders do not have a ‘right’ to go to school and be safe from being slaughtered by young MAGA men armed with AR-15’s.”

With the increasing acceptance of physical confrontation by the left, other conservative politicians and justices could face uninvited guests during their nights out in the future.