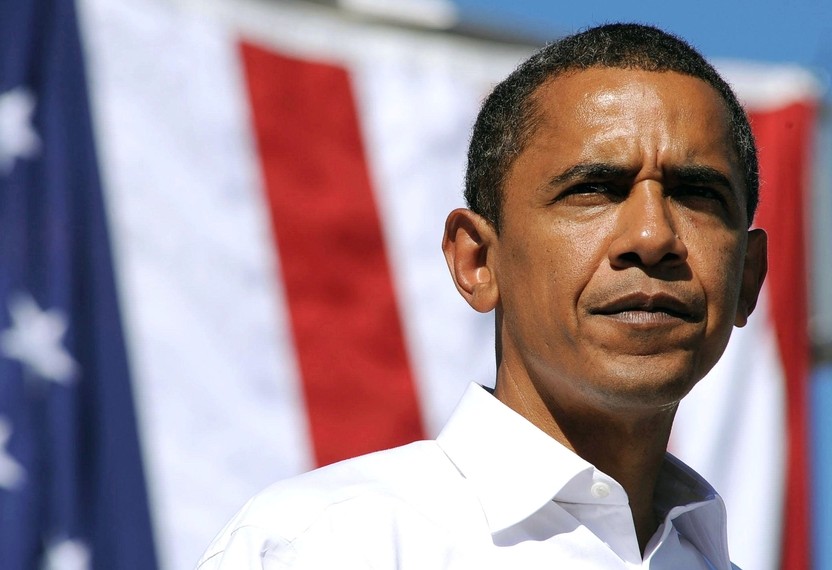 If there is one idea that unites the American Left and motivates its public policy positions it is anti-nationalism. Anti-nationalism pervades the Left’s domestic and foreign policy preferences. This is one reason why the Left so vigorously opposed President Trump’s “America First” agenda, but the Left’s antipathy to nationalism precedes Trump and what some call “Trumpism.” In fact, the Left has used Trump in an effort to delegitimize nationalism, and it appears to be working.

President Barack Obama wore his anti-nationalism on his sleeve. He derided the notion of “American exceptionalism.” He went on an apology tour to the Middle East, professing contrition for America’s past and present sins. Shortly before he left office, Obama warned against the rise of “a crude sort of nationalism” that was taking root in the United States. After his presidency, he repeatedly spoke out against nationalism.

In 1964, the political philosopher James Burnham diagnosed the ideology of liberalism in Suicide of the West. He described the liberal ideology as “rationalist,” rooted in reason and science as opposed to faith, custom, or intuition. Liberals, he explained, believe therefore in “progress” based on the spread of education and enlightenment. And they believe in progress not just for their nation but for all mankind. A key tenet of liberalism is “equality,” both domestic and global. The American Left frequently criticizes its own country for the disparities in wealth between rich and poor at home and abroad. Burnham noted that Americans for Democratic Action (ADA), an influential liberal organization of the time, included in its platform “support of the principles of the United Nations” but made no reference to America’s national security interests. ADA’s founding charter, Burnham also noted, stated the following: “The establishment of a world government with powers adequate to prevent war must be an objective of the United States foreign policy to be achieved at the earliest possible date.” Though leftists today rarely openly espouse world government, they do favor “global governance,” especially in the areas of climate, human rights, peacekeeping, arms control, and global economic disparities.

Burnham wrote that liberal ideology eschews emotional attachments to “the family or the nation, or indeed to any groupings more parochial than mankind.” The liberal tendency, he explained, is toward “internationalism.” In Burnham’s day, liberals scorned overly patriotic Americans as “flag waver[s]” and “100 percent Americanis[ts],” and sometimes refrained from singing the national anthem (although they didn’t kneel during the playing of the anthem back then, as they often do today). Liberal journalists, he wrote, use the phrase “patriotic organization” as a synonym for “stupid, reactionary and rather ludicrous.”

Sound familiar? Trump and his followers have been called all that and more — domestic terrorists, insurrectionists, “right-wing” fanatics, even “white nationalists” or “white Christian nationalists.” Burnham noted nearly 60 years ago that for the Left “patriotism and nationalism … invidiously divide, segregate, one group of men … from humanity, and do so not in accord with objective merits determined by deliberate reason but as a result of habits, customs, traditions and feelings inherited from the past.” Liberal anti-nationalism — which so dominates today’s liberal agenda — was alive and well in Burnham’s time. Indeed, it was the anti-nationalist aspect of the Left that led Burnham to describe liberalism as the “ideology of Western suicide.”

When you don’t believe in the superiority of your nation and civilization, you are not equipped to defend and save them. That is the condition of today’s anti-nationalists. Their anti-nationalism could be our undoing. America First nationalism, as the late, great Angelo Codevilla noted, would have been familiar and welcome to George Washington, John Quincy Adams, Abraham Lincoln, and most 19th-century U.S. presidents before “progessivism” reared its head in the early 20th century. It is no accident that Burnham marked the beginning of America’s descent toward suicide in the early 20th century. Anti-nationalism, to paraphrase Burnham, is now the ideology of Western suicide.