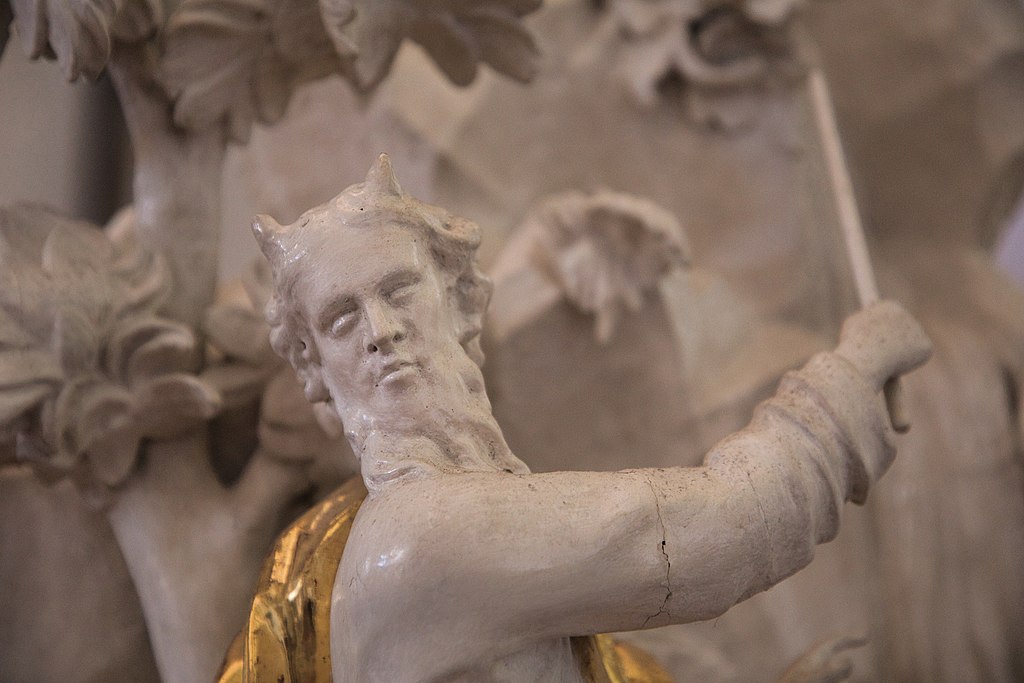 The Bible, Plato, and Aristotle all agree that a proper life is ordered around the principles of greatest importance and of greatest depth.

Pharaohs of every generation agree. It suits tyrants just fine that people who don’t treat them as gods should isolate themselves and leave the world to them.

Similarly, the topic of politics gives insight into how to be able to gain and exert power in a state. But the philosopher, teaches Plato, instructs the leaders of the state — and the people as well — as to at which beneficial aims political power ought to be oriented and which uses of political power are harmful. Ordered by moral insight, the state dedicates its power to the common good.

In the biblical tradition, everything is put in perspective of the central Unity, the one God who creates the world by speech as a world of meaning. This Oneness is all pervading, and only when seeking it does one consider anything at all properly.

There is a crisis of meaning in our times, resulting from ignoring what the Hebrew and Greek traditions alike have taught. We see this crisis in our politics in particular.

Our schools, our HR departments, and, of course, our government are filled with those insisting that there is nothing higher than politics. They believe their doctrines are beyond debate, and they are willing to enforce orthodoxy over every dissent. Instead of the robust debate of healthy democracy, they have their own catechism. Though they change it frequently and unaccountably, it always defines “dissent” as heresy. As for those who still believe in the deeper truths of our religious and moral traditions — they are to be consigned to the wilderness, the only place fit for those who hold allegiances deeper than the political.

The Book of Exodus fights against politics gone rogue, the religion of tyranny that inevitably reduces to slavery any and all who live in accordance with allegiances deeper than those owed the state.

This is the time of year when the weekly cycle of readings in the Five Books of the Torah begins with the Book of Exodus. I find it to be no coincidence that Jordan Peterson’s “Exodus” project is beginning now (perhaps Ben Shapiro suggested that this was a propitious time). Exodus’ great theme of how we must escape from tyranny into freedom is central to all who cherish freedom, both personal and political.

Near the beginning of Exodus, Moses escapes from Egypt to the desert, where he has begun a new life far from the corruption of Pharaoh’s court. It is there that he finds God.

In a clichéd story, at this point, Moses would take a solemn vow to remain in the simplicity of desert life, contemplating God with few distractions. That was accepted wisdom. You want to have allegiance to the Highest? Run away from the world. There, your illusions and your life will be safe.

Pharaohs of every generation agree. It suits tyrants just fine that people who don’t treat them as gods should isolate themselves and leave the world to them.

But in Exodus, isolation is not what God has in mind. He requires Moses to go back to Pharaoh, meet him on his own turf, and beat him at his own game. Moses is not to retreat from the corrupt world — he is to engage it, overcome its corruption, and transform it.

Moses’ reaction is to duck. He had fled for his life. At least he has that. Now he should walk back into the lion’s mouth? His thought was like that of the soldier in the song: “Strategy was his strength, and not disaster.”

With the memory of his narrow escape from death fresh in his mind, Moses finds one reason after another to stay right where he is, in the wilderness, far from trouble. And so, he constantly denies the God to whom he knows he is talking.

Who is he, anyway? Moses objects. He is a poor speaker. He doesn’t even know how to name God to the people he is supposed to command in His name. He weaves and ducks until God finally cuts him short and tells him that this is not about Moses’ concepts of himself or of his peace and quiet. The message: Set aside these things, clear your ego out, and give yourself to My task. Clear a space for truths you have not yet known. My reality encompasses both the empty desert and the corrupt capital. Yours must, too.

Exodus demolishes another important cliché about life with God: Only the elite can really relate to Him.

In the ancient world, the elites knew that knowledge is power. Power was a zero-sum game. Keeping control of knowledge kept control of the power.

So it has continued through the ages. Kings and emperors found it useful to keep religion confined to its place, in the wilderness, outside the center of political power. As King Charles I, the enemy of Parliament, put it in in denying that people had any right to political power, “It is not for having share in government, sirs; that is nothing pertaining to them; a subject and a sovereign are clear different things.”

Moses too held contempt for the people. But at the burning bush, God disabused him of this noxious conceit. God tells Moses how to verify himself to the people as coming on God’s mission. Moses parries and says, “They won’t believe me … for they will say, ‘God did not appear to you.’”

Moses argues that he knows better than God that the people are fundamentally untrustworthy. They are faithless. They will deny God.

God responds by giving Moses two miracles to perform — turning his staff into a snake and turning his arm leprous. In France a millennium ago, the scholar Rashi wrote: “The miracle of the snake hinted to Moses that he had slandered the people by saying they wouldn’t believe in God. By voicing such contempt of the people, he was like a venomous serpent.” Leprosy is also a punishment with slander, as described in the later biblical story of Miriam.

God doesn’t want the new boss to be the same as the old boss. And the only way that will happen is if the leader respects the faith of the people, that they too are moved by God’s self-evident truth. Real freedom requires us to recognize the divine spark in every human. That recognition must permeate every aspect of life, and politics in particular. Humans will respond to God’s truth, the self-evident truth that all of us are equally created and endowed by Him with the dignity that is His to give and no one’s to take away.

Caesar, too, must have recognized that he needed allegiance to something greater than himself. The relation with God is beyond the power of the state to control. The good state must recognize this.

That means that people must be free to think — and talk as well — about that which is most meaningful, even when it touches on the political and opposes the power of the current rulers. By understanding that God must not be confined to the wilderness, we confine instead the power of the state.

In America, we do it this way:

Congress shall make no law respecting an establishment of religion, or prohibiting the free exercise thereof; or abridging the freedom of speech, or of the press; or the right of the people peaceably to assemble, and to petition the Government for a redress of grievances.

Those would-be tyrants, our would-be Pharaohs, will always deny these freedoms. They believe that they alone have true knowledge, beyond debate, and that they alone deserve power, without dissent.

It is our duty not to flee to the wilderness, but to engage. We will defend our own freedom and that of every citizen, united in free allegiance to that which unites us all.

Exodus tells us that Pharaohs will fall. It is our holy task to help make that happen.