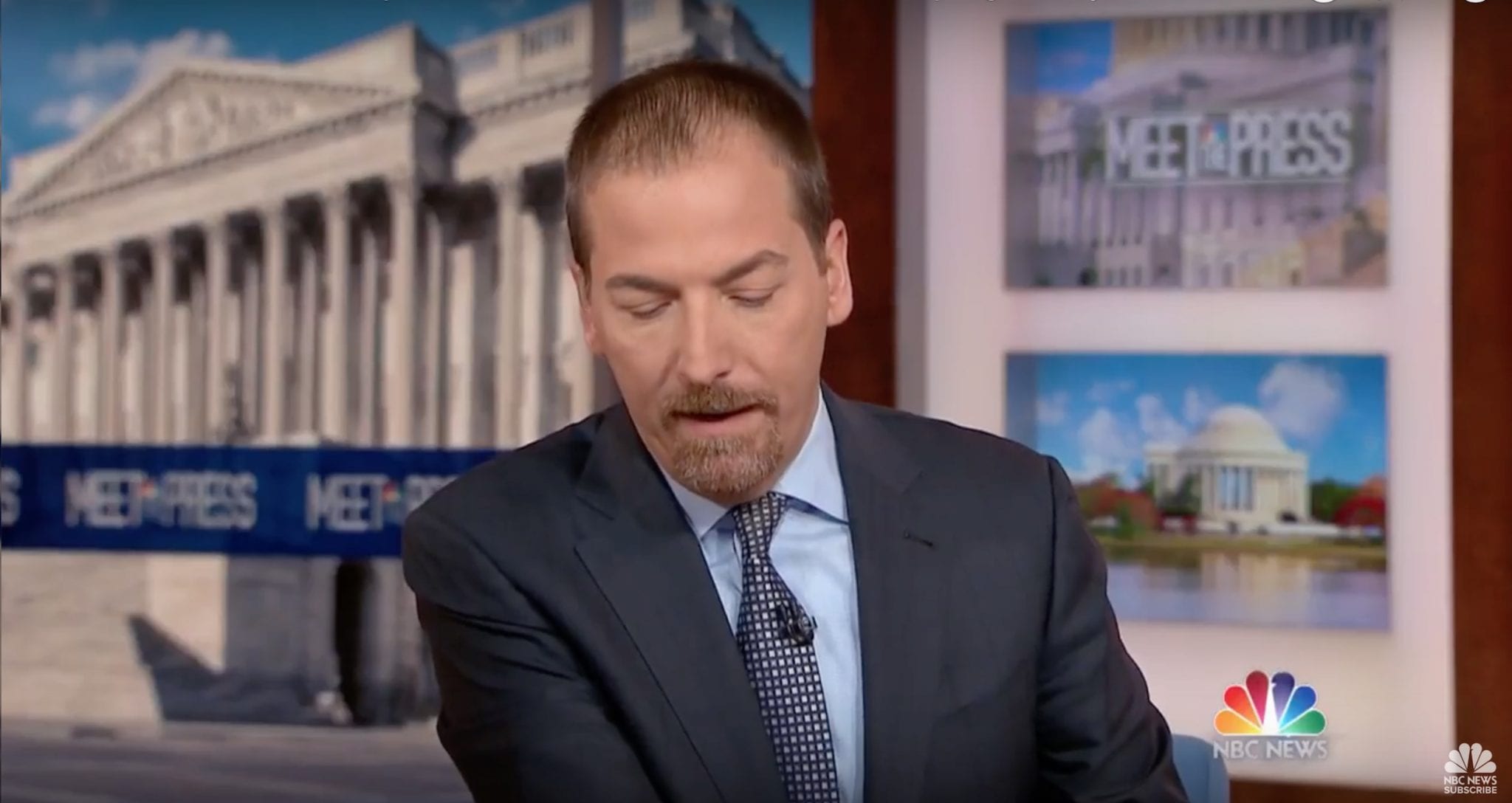 Preliminaries out of the way, let’s get down to cases. No journalistic highdome of the Mencken variety is Meet the Press’s Chuck Todd. Yet he makes a point I am sorry to say few others are making about the corruption of language and behavior. This, after the chief magistrate of the nation, in a weekend campaign rally, called him an S.O.B. — without using the initials, according to old time practice. Todd objected. He thought a U.S. president shouldn’t set bad examples by talking thus.

Of course he shouldn’t. But that’s merely a part of the cultural problem rampant in our time and place. One reason a U.S. president calls a newsman a non-initialed S.O.B. is, he assumes that in our time and place anything goes. Which it seems to, with openness of an unprecedented kind marking our public and private doings; untrammeled by rules dating, supposedly, from the horse and buggy days.

Us Americans? We don’t do rules. That stuff stopped half a century ago. We let it all hang out now, starting with anger and outrage, which we don’t have to muzzle the way people once did, or to hide beneath polite evasions. We indulge in bald rhetoric and snap judgments. The differently minded aren’t just wrong, they’re evil, malicious, threats to peace and good order; oughta to be silenced, they should, or, failing that, told to get off the bus and walk home.

It would be, and frequently is, when letting it all hang out isn’t the central theme of politics: or, indeed, of life. Twitter is the logical communications instrument of the no-rules age. Upon provocation, you fire without aiming, taking it for granted your constitutional right to free speech enables any electronic reaction whatever.

An accompanying point rarely draws attention inasmuch as recognition of it would spoil the fun. The point is that two or three or many may play at the same game of attack and embarrass. Congresswoman Waters will tell you the same.

Bad language, as it used to be called, back when bad and good were taken with a certain seriousness, isn’t a make-or-break issue. It’s not that we don’t know what S.O.B. stands for, just as we know and understand the whole range of formerly substitute behaviors that helped to keep the public peace. One can hear worse than the attribution of canine status to someone else without flinching, without clapping hands to ears and calling, “Mama, mama…!”

The same can be said of all the standard dictionary words hurled at Trump: starting with “crazy.” The point is the value of verbal restraint in maintaining peace. When you can say anything you like because you think it’s funny — one of the excuses made for Trump — you get the idea you might get by with doing anything you want.

And you know what? We’re not made for doing anything we want — a factor, a case, a situation generally defined as anarchy; the war of all against all; everybody outraged at everybody else, with dominance going to those with the most brass knucks.

The more firmly semi-anarchy becomes the linguistic rule, it seems to me, the faster we normalize the anarchic ideal itself. You bet — let it all hang out! From the chief magistrate’s scatological word for various non-European countries — the word ended in “hole,” if you’ve forgotten — it’s on to fresh dismissals from left and right alike, everybody in on the game, everybody losing.

“Prude, prude, prude!” Yeah, I hear you. I wish we might all hear with equivalent interest the anger and fury and rage we have inadvertently made a part of our daily lives.