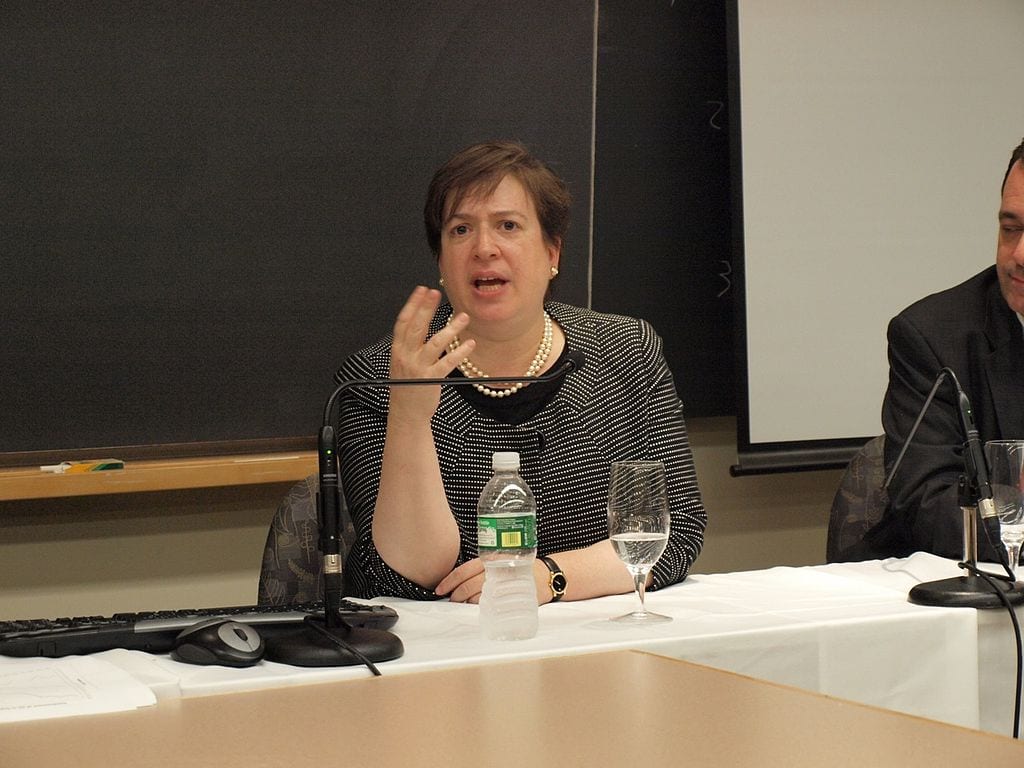 Organized labor took off the gloves Monday, warning the Justices of the U.S. Supreme Court that freeing public employees from mandatory union dues would lead to strikes and union violence. It was ugly.

The Court heard oral arguments challenging laws in 22 states and the District of Columbia that force public employees to pay unions to represent them, even if they disagree with the union’s demands and politics. Mark Janus, a child support specialist and public employee in Illinois, claims his First Amendment free speech rights are being violated when he is forced to pay money to a union — the American Federation of State, County and Municipal Employees (AFSCME). The union “uses my monthly fees to promote an agenda I don’t support,” Janus objects.

Lawyers advocating for the union resorted to bullying, threatening labor strife if the longstanding Supreme Court precedent favoring mandatory union fees (Abood, 1977) is overturned. Justices Elena Kagan and Sonia Sotomayor, who did most of the talking in support of the mandatory fees, grasped at straws rather than confronting head-on the free speech rights of public employees — teachers, police officers, firefighters and more.

Justice Anthony Kennedy raised the critical issue in the case, explaining that AFSCME, like all public employee unions, negotiates wages, benefits, and work rules that determine how much state and local governments cost taxpayers. Kennedy pointed out that public unions come down “against privatization, against merit promotion, … for massive government, for increasing bonded indebtedness, for increasing taxes.” These are key political issues. Supporting the union means supporting big government, big budgets, big workforces, and a big tax bill.

Justice Kagan made a flimsy suggestion that these are not actually “matters of public concern.” Huh? Anyone who pays taxes knows they are.

As Janus himself says, “At a time when Illinois is drowning in red ink… the union is wrangling taxpayers for higher wages and pension benefits for state workers.” He adds in disgust, “the union fight is not my fight.”

So why should Janus be forced to pay fees to support the union? Amazingly, the lawyer for the state of Illinois argued that it’s to avoid labor discord. When union membership is voluntary, he said, some members stop paying, and dues go up for the rest. That’s when the unions “tend to become more militant, more confrontational.”

New York City Mayor Bill de Blasio’s administration makes the same hardball argument in a brief filed with the court. The city’s top lawyer argues that mandatory fees are needed to avoid “paralyzing public sector strikes,” like those in the 1960s and 1970s “that wreaked havoc on millions of city residents.” Translation: if you don’t allow us to keep demanding these involuntary union payments, expect trouble. The De Blasio administration reminded the Justices that in the past, strikes in New York meant “garbage piled in the streets, children missed weeks of school, and subways ground to a halt.”

A not so subtle threat. No wonder the lawyer for Janus labeled the mandatory fees “protection money.” He asks, who can defend the “idea that the government needs to force its employees to subsidize unions or otherwise the unions will disrupt the government.”

The union threats are disgraceful, and they also ring hollow. After all, we don’t have labor wars in states without compulsory public union fees.

Most disappointing, the same four justices who supported mandatory union fees two years ago, when the court split 4-4 in a similar case, sidestepped the core issue — whether forcing public employees to pay money to an organization is as much a violation of their free speech as forcing them to utter words against their convictions.

Instead Kagan fretted about the disruptive impact of striking down the mandatory fees. “Thousands of municipalities would have contracts invalidated. Those contracts probably cover millions, maybe up to over 10 million workers.” Kagan asks, “What would be the justification for doing something like that?”

It’s unlikely contracts will be invalidated. But to answer Kagan’s question, the “justification” is called the United States Constitution.