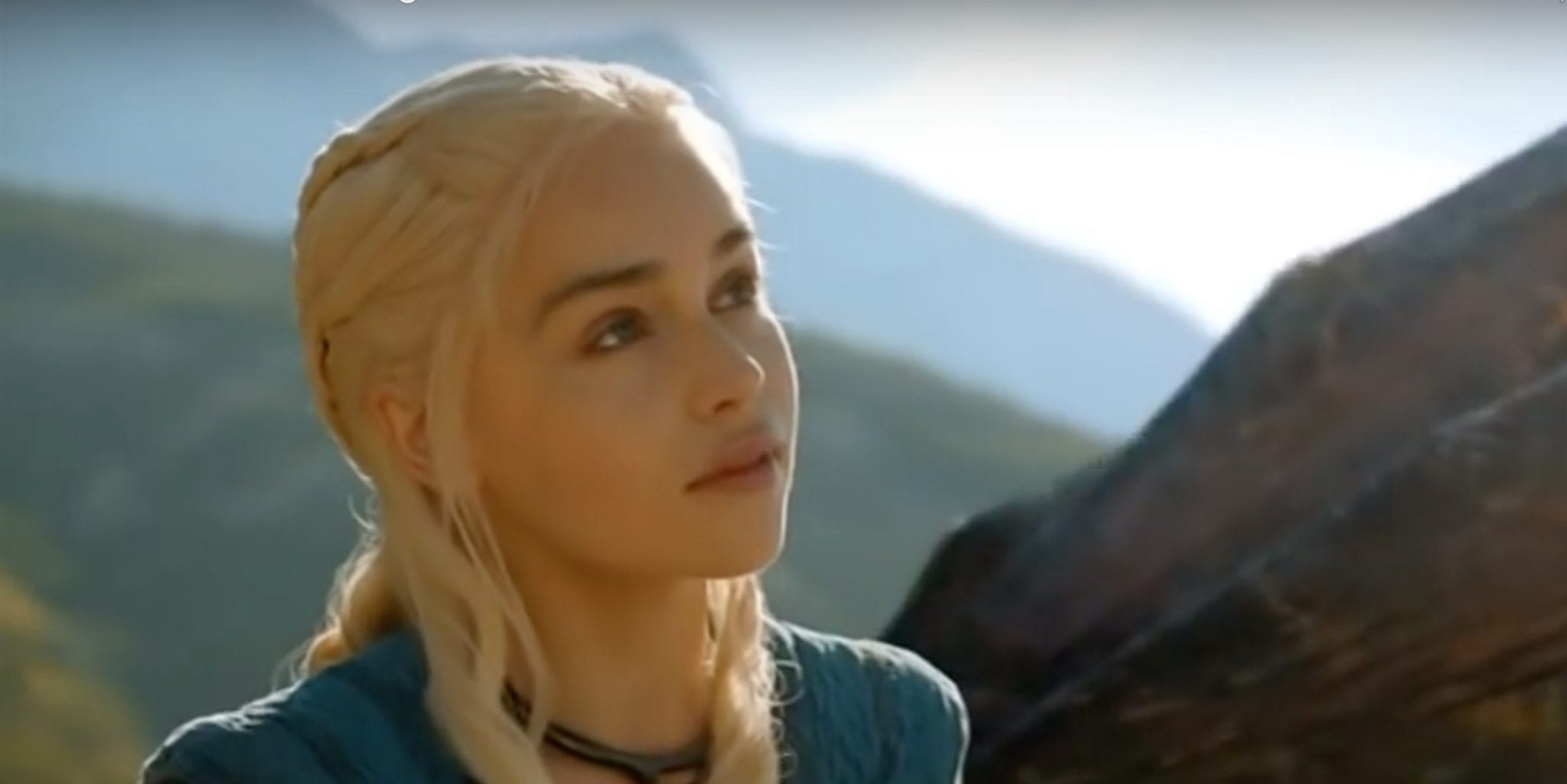 The world is crazy. I guess it always has been. Always will be. When a supervisor calls an underling “mediocre” on a job performance annual review, that is a brutal insult, although the word actually means “average.” If it is brutally demeaning to be called “average,” what does that say about average people? And howzabout those below the mid-point at the Mendoza Line of society? And yet below that?

Let’s talk about names. When someone is walking down the street — not common in Los Angeles, where we get back in the car to drive from one store to the next one halfway down the block — and sees an approaching mother with child, perhaps in a stroller or baby carriage, what is the typical social interaction? You know — you’ve done it:

PEDESTRIAN: Oh my, is that your baby?

Think about that question. If the answer is “No, I kidnapped her,” what would you do? Let’s attribute the question to phatic language.

MOTHER: Why, yes, she is mine.

PEDESTRIAN: Oh my, what a beautiful baby!

People always say that, no matter how much a lie it is, no matter how much the baby looks like Aristotle Onassis on a bad day. Besides, most babies, in truth, look basically the same. Are they cute? Beautiful? They have no hair. They have no teeth. They cannot sleep four hours in a row without waking up and needing personal relief. If that is the definition of “beautiful,” many senior citizens will be encouraged to know they are gorgeous!

MOTHER: Why, thank you!

PEDESTRIAN: And what is the baby’s name?

PEDESTRIAN: Oh, what a beautiful name!

This exchange takes place hundreds, even thousands, of times daily. No matter what the name — Kathy, Jane, Tom, Dick, Harry — the response always is the same: “Oh, what a beautiful name!” Like no one ever thought of that sobriquet before. Like it has unique lyricism.

I often imagine a scenario and the exchange where a mother is strolling a child, is asked the child’s name by the ever inquisitive pedestrian, and responds thusly:

PEDESTRIAN: And what is the baby’s name?

PEDESTRIAN: Oh, what a beautiful name!

I mean, like, what other response can such a phatic exchange evoke? Mudface Dirtbag. Oh, what a beautiful name!

Which gets me to the insanity of an Age.

Still, so many of us like to be original and want to give our child a name of distinction. Sometimes we get a bit carried away by assigning a surname as the first name as if to carry an implied British peerage: e.g., Hamilton Fish. Well, better than Tina Fish. Or Humphrey (Bogart). Harper. Logan. Grayson. Tucker. (Of course such a kid will grow up saying “rahther.”) Names like that.

Among the Ashkenazic Jews, after they have given the child the Hebrew name in memory of the departed, they also give the child a secular “Christian name” for everyday use. Not everyone can pronounce the guttural sound in “Yechezkel” (Ezekiel) or “Chanah” (Hannah), so they also give a name that somehow relates to the Hebrew name. In past years, it would be simple: Hebrew “Binyamin” goes with the English “Benjamin.” Yiddish “Henokh” and English “Henny” (as in Youngman). Moshe can be Morris/Moe/Milton (as in Berle). Yaakov goes with Jacob (as in Jacob Cohen, the real name of Rodney Dangerfield — oops, there goes his secret). Yosef-Joe.

In more contemporary times, rabbis have to have books of names at the ready for congregants demanding creativity. In one generation, “Esther” becomes “Ellen,” “Chanah” becomes “Ann,” and “Leah” becomes “Linda.” Nowadays, the parents want names that “speak to today.” What Hebrew name in the Bible gets them to Scott, Emma, Todd, Tiffany, Sean, Olivia, Avery, Scarlett, Austin, Laura, Tucker?

We all do this, regardless of culture, religion, ethnicity. We want our kids to have names of which they can be proud. Can’t go wrong with a name of a righteous Biblical person. Or a name that sounds mellifluous and is not particularly associated with bad stuff. So James Earl Carter had to shift quickly into “Jimmy,” and no one on the up-and-up names a kid “Lee Harvey Jones” or “John Wilkes Smith.”

In an Age where name creativity reigns, with each person searching for the perfect name for the perfect baby — and since “Mudface Dirtbag” no longer is original and unique upon this column’s publication — there are those who, bereft of other ideas, go for the latest television hero. Though I have yet to meet a boy named “Ironman” or a girl named “Wonderwoman,” we do find a strange inclination among those of the Digital Age to name for Hollywood celebrities or the latest TV esoteric name. Boys named “Garth” for Brooks, girls named “Whitney” for Houston. Girls names Celine, Beyoncé, even Jewel. I have not encountered boys named “Fifty Cent” or “Eminem,” but we know where Elvis Costello got his from. (No, not from Lou Costello. Actually, half yes.) Princess Leia gave rise to Leahs. Although not many Chewbaccas or Yodas, many of today’s Millennials and others on the street with the same grammar English speak.

But here is where the roof caves in. Do you ever wonder why we do not name airports and highways for living people? (Except for the egomaniacal Brendan Byrne, a former New Jersey governor, for whom Brendan Byrne Arena was named during his lifetime but now is Continental Airlines Arena.) Wouldn’t they appreciate it so much more if, say, Ronald Reagan could have bought air tickets to arrive in Reagan Airport or John Kennedy to stop at JFK? The reason we honor great people by naming after their lives is that, until the book is closed on their lives, we do not know whether their names will be for a blessing. In Cincinnati, for example, they named a street for the city’s beloved favorite son, Pete Rose, a true baseball legend who could not possibly be denied entry into the Hall of Fame. And then some stuff emerged after he retired, and his path to the Hall of Fame is detoured, at least presently. Sometimes things come out that cause the name no longer to be fit for an airport, an avenue, a public school. So we wait.

But the “Game of Thrones” (“GoT”) craze sent a generation of Millennials into a tizzy: “I have to name my daughter Khaleesi!”

In GoT, through seven-plus of the eight televised seasons, “Khaleesi” was the royal title of a dynamic female national leader, an honorific in the fabricated Dothraki language. Daenerys Targaryen, the Mother of Dragons, the Unburnt, the Breaker of Chains — she, the Khaleesi of the Great Grass Sea. Young. Attractive. Blonde. Liberator of slaves. Critical to the effort to defeat the fearful Night King and his White Walkers, then the evil Lannisters. A young dynamo, invincible, righteous — albeit a bit hot-tempered at times, like when she would authorize her dragons to incinerate certain of her antagonists or when she crucified 163 former slave owners of Meereen. Or watched her brother get steam-brained to death without stopping the process or showing emotion. But otherwise a doll. Sweet, darling Khaleesi.

Understand this: The craze of the Millennials became unstoppable. More American girls in the United States now are named “Khaleesi” than are named “Betsy” or “Nadine.” For new Moms, it became a more popular choice than “Gloria,” “Anne,” or “Julie.” You will be meeting them everywhere in the years to come, as they grow old enough to interact and tweet. In classrooms. As contestants on game shows. In police line-ups. All these American girls named “Khaleesi.” Oh, what a beautiful name!

And then came the last episode-and-a-half of the eight-year drama. If you do not know, you can look it up.

At least the Khaleesi Kids probably will not have to fill out forms when they grow up. We are down to evaporating instruction in how to write in cursive. Soon there will be no SAT exams. No spelling, just texting: ka lee c. And with the politically correct history education they now receive in high school and college, they will grow up to take pride in being named for the transgendered leader who liberated America from Trump in the Civil Vietnam World War II of 1812, a day that will live in infamy: Khaleesi Kamala-Kortez.