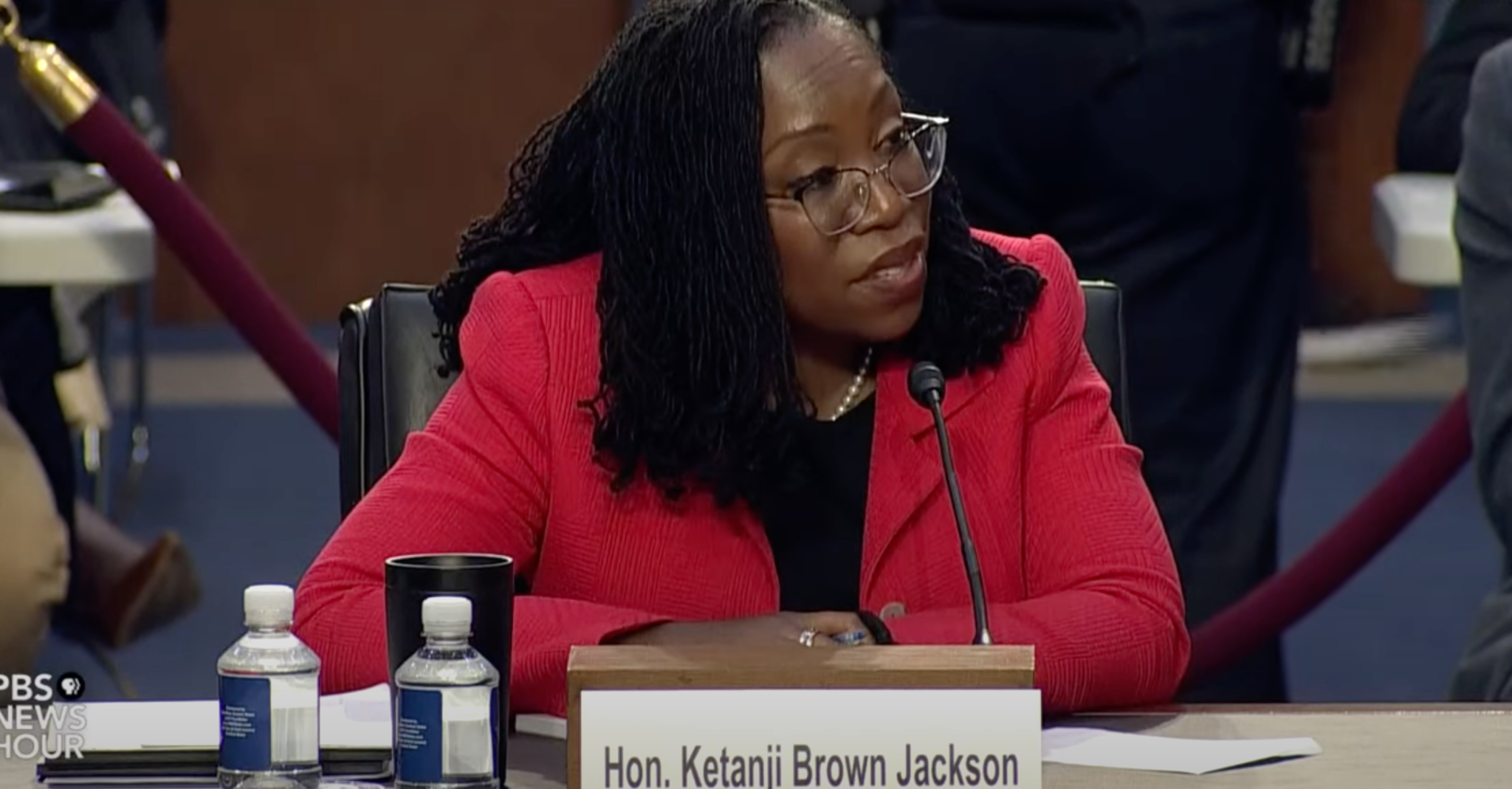 “As a mother and a judge who has had to deal with these cases, I was thinking that nothing could be further from the truth,” she told Illinois Sen. Dick Durbin, a Democrat.

She firmly insisted that she understood the severity of these crimes, saying, “These are some of the most difficult cases that a judge has to deal with because we’re talking about pictures of sex abuse of children.”

Jackson emotionally told Durbin that she tells almost every defendant found guilty of possessing or receiving child pornography about a victim who told her that she has agoraphobia because she is continuing to be exploited by those who view the material depicting her abuse.

Jackson later went head-to-head with Hawley, who emphasized a case in which Jackson sentenced a man to three months in prison for distributing and possessing child pornography despite the federal guidelines requiring a minimum of 10 years in prison. During sentencing in that case, Jackson said that it would not be appropriate to increase the sentence in relation to the number of images possessed and that the man’s crimes did not “signal an especially heinous or egregious child pornography offense.”

In that case, federal law enforcement officials uncovered over 600 images and hours of footage of material depicting the sexual abuse of children.

In response to Hawley, Jackson said that she didn’t remember in particular the details of the case but that she recalled the case being “unusual.” She noted the defendant had just graduated from high school and that some of the minors depicted in the images were “older.”

Hawley noted that Jackson said to the defendant, “This seems to be a case where you were fascinated by sexual images involving what were essentially your peers.” The images the man, who was 18 at the time, was found guilty of possessing depicted children as young as 8 years old.

Jackson told Hawley, “What a judge has to do is determine how to sentence defendants proportionately consistent with the elements that the statutes include with the requirements that Congress has set forward.” She called the images “heinous” and “egregious.”

“It’s not just about how much time a person spends in prison,” Jackson said. “It’s about understanding the harm of this, this behavior. It’s about all of the other kinds of restraints. That sex offenders are ordered, rightly to live under at the end of the day. The sentences in these cases include not only prison time, but restraints on computer use sometimes for decades, restraints on ability to go near children, sometimes for decades.”

Other Republicans used their time to question Jackson on the sentences she handed down to child pornography offenders as a judge as well as statements she made on sentencing related to the issue. (READ MORE: Ketanji Brown Jackson: A+ Credentials, D- Judge)

Tennessee Sen. Marsha Blackburn asked Jackson, “I can only wonder: what’s your hidden agenda? Is it to let violent criminals, cop killers, and child predators back to the streets?”

White House Press Secretary Andrew Bates said that Hawley’s claims had been fact-checked by National Review, the Washington Post, the Associated Press, ABC News, and CNN. He called the claims an “embarrassing, QAnon-signaling smear.” National Review’s Andrew McCarthy, for instance, said that Hawley’s arguments were “meritless to the point of demagoguery.” McCarthy rationalized, “Still, when we talk about consumers, we are not talking about people engaged in the atrocious conduct that produced the images.” He noted, “Judge Jackson’s views on this matter are not only mainstream; they are correct in my view.”