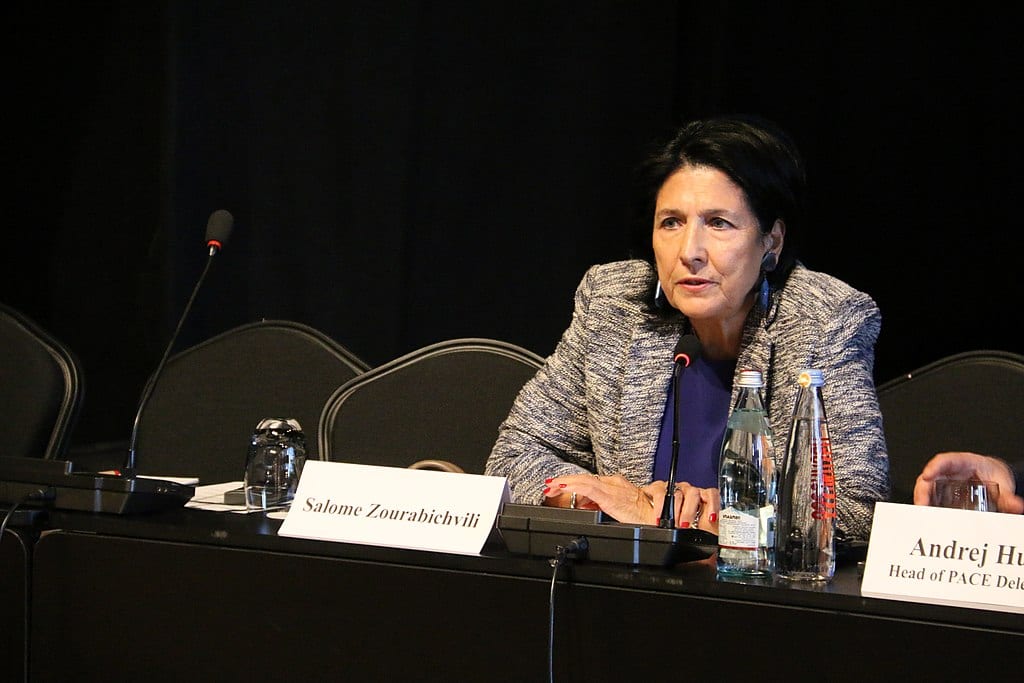 Many people roll their eyes when they hear “democracy is under attack,” but it is true. There are many countries in the world that do not subscribe to democratic practices and other countries that claim to, but seem to consistently be moving further away from personal freedom each day.

Democracy is under attack. But this attack is not out in the open; it is furtive. It takes the form of election interference, economic control, and fomenting unrest. While we have seen this problem occur in the United States, the United Kingdom, and other Western countries, we are now seeing it in full force in the Republic of Georgia.

Right now, Georgia is a pro-Western country that is striving to escape from under the oppressive boot of Russia and join its democratic allies in the West. Just as the Cold War was a war of influence, subversion, and antagonism, this conflict is still going on today. Back during the Cold War, the Soviet Union sought to conquer the world, installing its world view in every nation. Today’s Russia isn’t all that different. Russian President Vladimir Putin is still trying to make every nation more Russian by making it less democratic, less accepting, and less free.

This push is currently being felt very strongly in Georgia, which is in the middle of a presidential election — its last before the nation switches to a parliamentary form of government in which the president will be chosen by an electoral college and not a popular vote. Out of the original 25 candidates, just two remain.

Salome Zurabishvili is pro-Western values, has deep ties to various European nations and the United States, and is a staunch supporter of equality for all people.

Grigol Vashadze is a former USSR official, whose roots run deep in Russia. He claims to be pro-Western, but his track record clearly says the exact opposite.

Using her decades of experience as a diplomat with the French Foreign Service and as a politician in Georgia, Zurabishvili intends to position Georgia to join the European Union and NATO, two Western organizations that champion democracy and will be strong allies for the country that now lives in the shadow of Russia.

Salome Zurabishvili is devoted to free speech, free press, equality, and a free economy. She has plans to unify Georgia, making this democratic stronghold in Eastern Europe indomitable. She has a strategy to ensure that all Georgians are equally valued and able to contribute as they can, regardless of any possible disabilities. And as the #MeToo movement gains steam and women’s rights continue to advance in Western countries, Zurabishvili is poised to become Georgia’s first female president, just as she was the nation’s first female foreign minister. She is a strong advocate for preserving and practicing Georgian culture, which the Soviet Union tried for decades to eradicate.

On the other hand we have Vashadze, Russia’s favorite in this race. Vashadze has publicly said that he is very proud of his long career as a Soviet official, where he worked on aeronautics and nuclear weapons. He claims not to have KGB connections, but his past work experience and current tactics prove otherwise. Even more damning, he had dual Russian and Georgian citizenship until 2009. He finally renounced his Russian citizenship after facing months of criticism from his Georgian government colleagues; but this does not change the fact that he maintained his Russian citizenship through the Russo-Georgian War in 2008, when Russia illegally entered Georgia with its military. Throughout this aggressive incursion, Vashadze remained a proud Russian citizen.

The choice for next president should be obvious. Unfortunately, Russia is back to its old tricks and doing everything it can to influence this election. Russia is trying to slander Zurabishvili by making it look like it has a friend in Zurabishvili — whose family was forced to flee the Red Army in the 1920s. Zurabishvili was born and raised in France, essentially in exile from her home country because of Soviet aggression. For the past nearly two decades, she has been back in Georgia, doing everything she can to bring Western values to her home country.

We in the West do not often think about the fate of former Soviet satellites. But we should. Nations like Georgia are at the front of a new Cold War, as they struggle to remain sovereign in the face of interference and aggression from Russia.

We need more countries in the world that support democracy and stand against antagonistic nations like Russia. We need a pro-West, democratic Georgia.