by George Neumayr
Vice President Kamala Harris speaks with disability activists at the White House on July 26, 2022 (The White House) 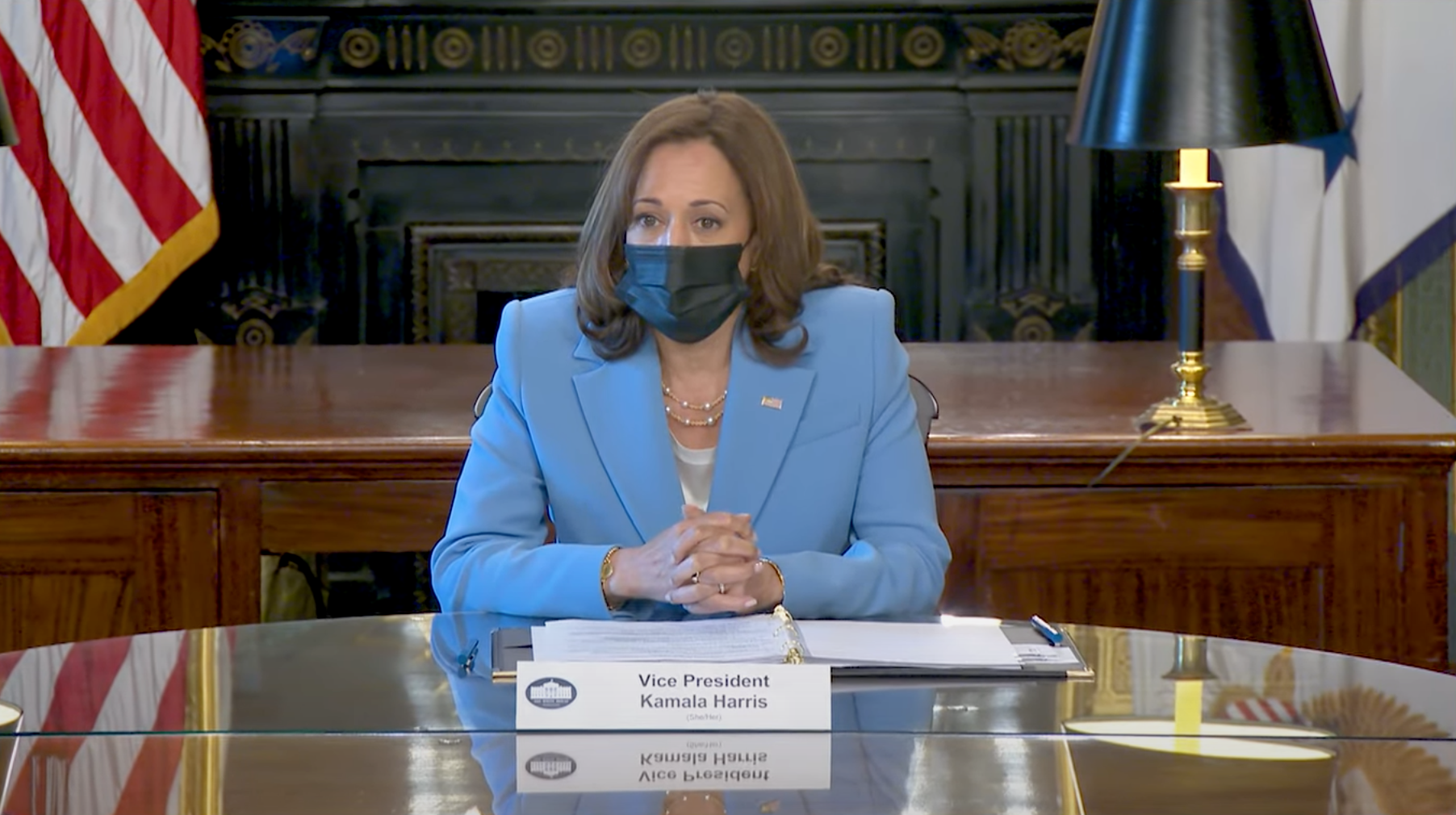 Vice President Kamala Harris has been justly mocked for her latest foray into pathetic wokeness. “I am Kamala Harris. My pronouns are ‘she’ and ‘her.’  I am a woman sitting at the table wearing a blue suit,” she said recently to a group of “disability advocates.” But far worse than this childish nonsense is that she would use the disabled — for whom Roe v. Wade constituted a catastrophe — as a rhetorical prop to lament that ruling’s collapse.

Under Roe, the killing of unborn children deemed “disabled” became commonplace. After World War II and its Nazi horrors against the weak, a eugenics aimed at eliminating the handicapped fell into disrepute. But the Roe ruling revived this ghoulish and godless practice. In the brutal words of the late Supreme Court Justice Ruth Bader Ginsburg, “at the time Roe was decided there was concern about population growth and particularly growth in populations that we don’t want to have too many of.”

Out of that eugenic mindset came a culture of search-and-destroy prenatal screening that led to a staggering number of abortions designed to weed out the disabled. Roe helped perpetuate the lie that a child’s value derives not from the child’s humanity but from the quality of the child’s health.

Naturally, Kamala Harris completely ignored this post-Roe assault on the disabled through eugenic abortion. She told the misnamed “disability advocates” — for whom exactly are they advocating if they can’t see that a culture of abortion is bad for the disabled? — that the Dobbs decision overturning Roe will have a “direct impact” on “people with disabilities.” (READ MORE: Kamala Harris Compares Pro-Lifers to Slaveholders)

Yes, it will. It means that many of them will now be born. But that is not what she meant of course. The direct impact she fears is that the disabled will reproduce, a fear that she made sure to cloak in Orwellian doublespeak.

It is grotesque that Harris would resort to this bamboozling rhetoric. But it is typical of the Democrats to exploit the disabled for political purposes while advancing a ruthless utilitarian culture that imperils them. In 2016, Hillary Clinton, recall, claimed the disabled as one of her cherished constituencies even after she defended partial-birth abortion as an instrument against them. In a 2003 exchange on the Senate floor with Sen. Rick Santorum, she in effect argued that healthy babies have a greater claim to life than unhealthy ones. After Santorum showed grisly photos of unborn babies subject to partial-birth abortion, Hillary growled, “Where are the swollen heads?” She demanded to know why Santorum was only using pictures of healthy unborn children: “They show a perfectly formed fetus, and that is misleading. Because if we are really going to have this debate, then we should have a chart that demonstrates the tragic abnormalities that confront women forced with this excruciatingly difficult decision.”

A party that favors wiping out the weak in the womb should have no credibility with the disabled community. Nor should a party that idolizes Margaret Sanger, the heartless eugenicist who founded Planned Parenthood. Sanger supported abortion as a defense against “morons” who pose a threat to the “healthy elements of a nation.” Nancy Pelosi and Hillary Clinton, among other prominent Democrats, are recipients of Planned Parenthood’s Margaret Sanger award.

Only Democrats in the pocket of Planned Parenthood would have the unmitigated gall to justify “abortion rights” under the guise of “disability rights.” The subtext of their frosty slogan — every child a “wanted” child — is that a child’s value hinges on desirability and health. That view leads to a barbaric culture in which no one who grows weak is safe. A culture that sanctions eugenics against the disabled at the beginning of life will inevitably sanction euthanasia against the infirmed at the end of it. Such a culture also sends a crushing message to the living disabled — that their life is a regrettable mistake.

The fall of Roe is not a blow against the disabled but an opportunity at long last to defend them and restore the only culture capable of protecting everyone — a culture of life in which the right to it comes from God, not government, and rests in the end not on our health or productivity but on our humanity.