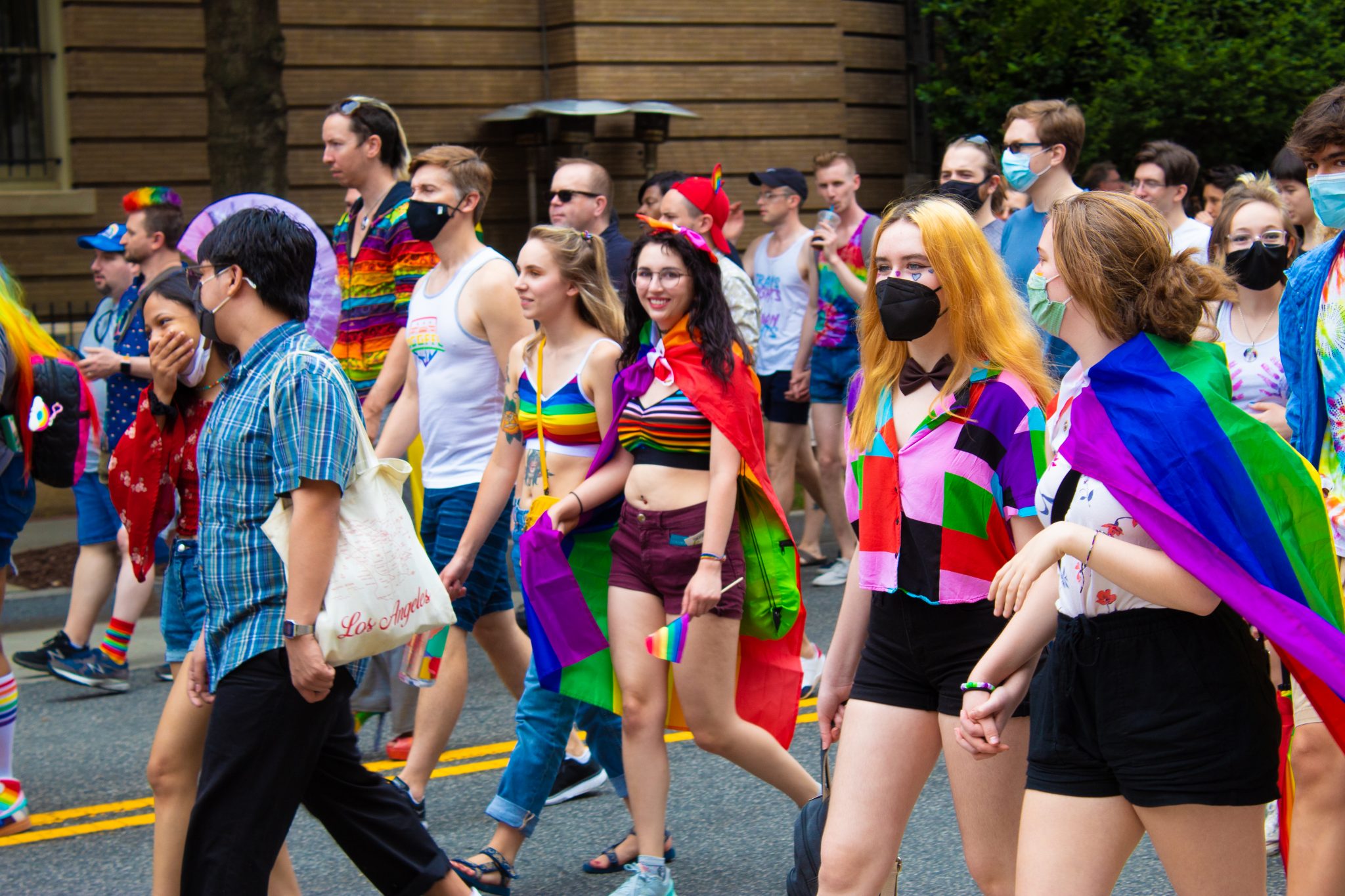 Harris marched for about one block and was joined by her husband, Doug Emhoff. Their pink and white and navy and white outfits, which said “Love is Love,” and “Love first,” respectively, together resembled the transgender flag. 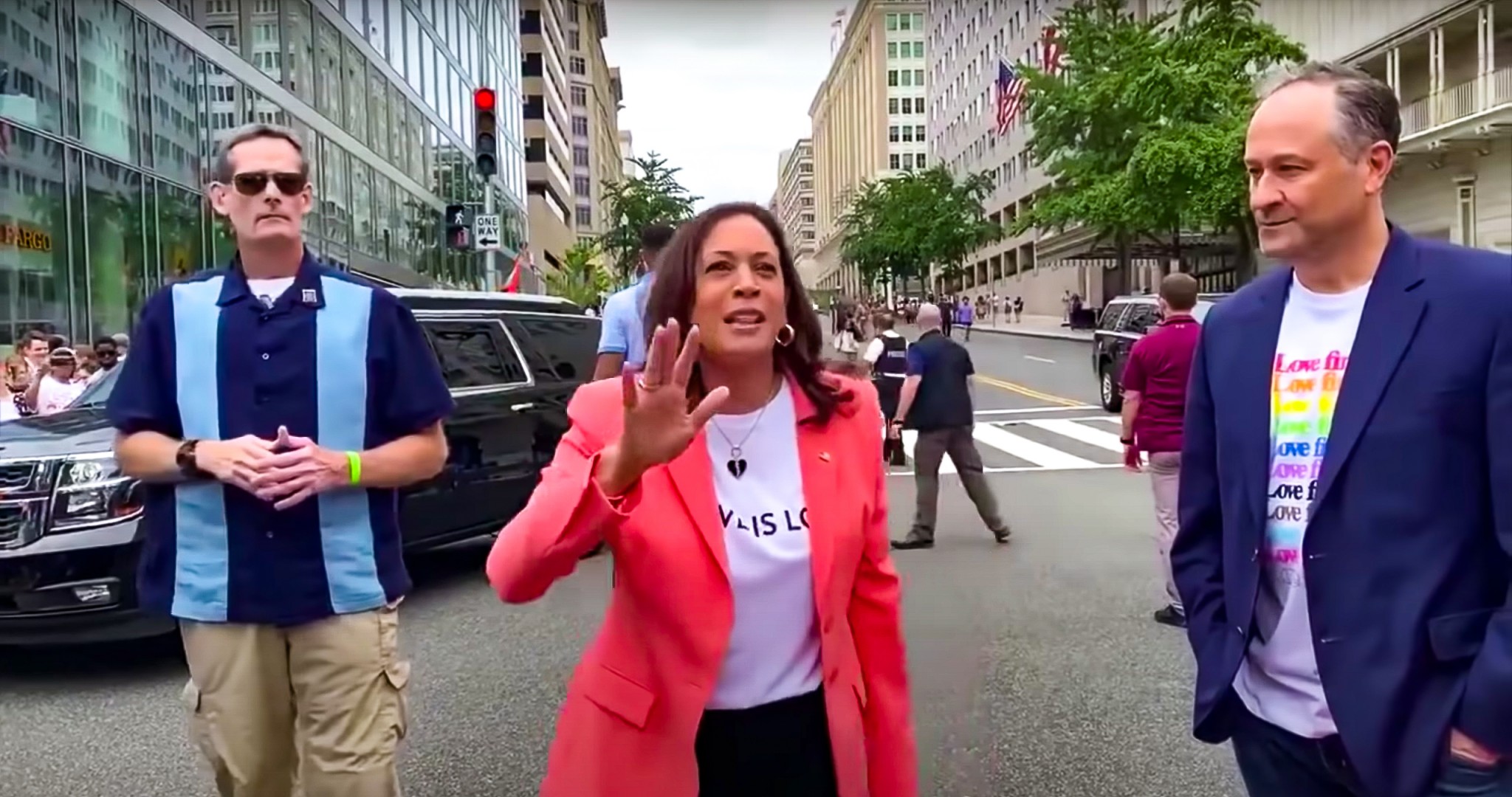 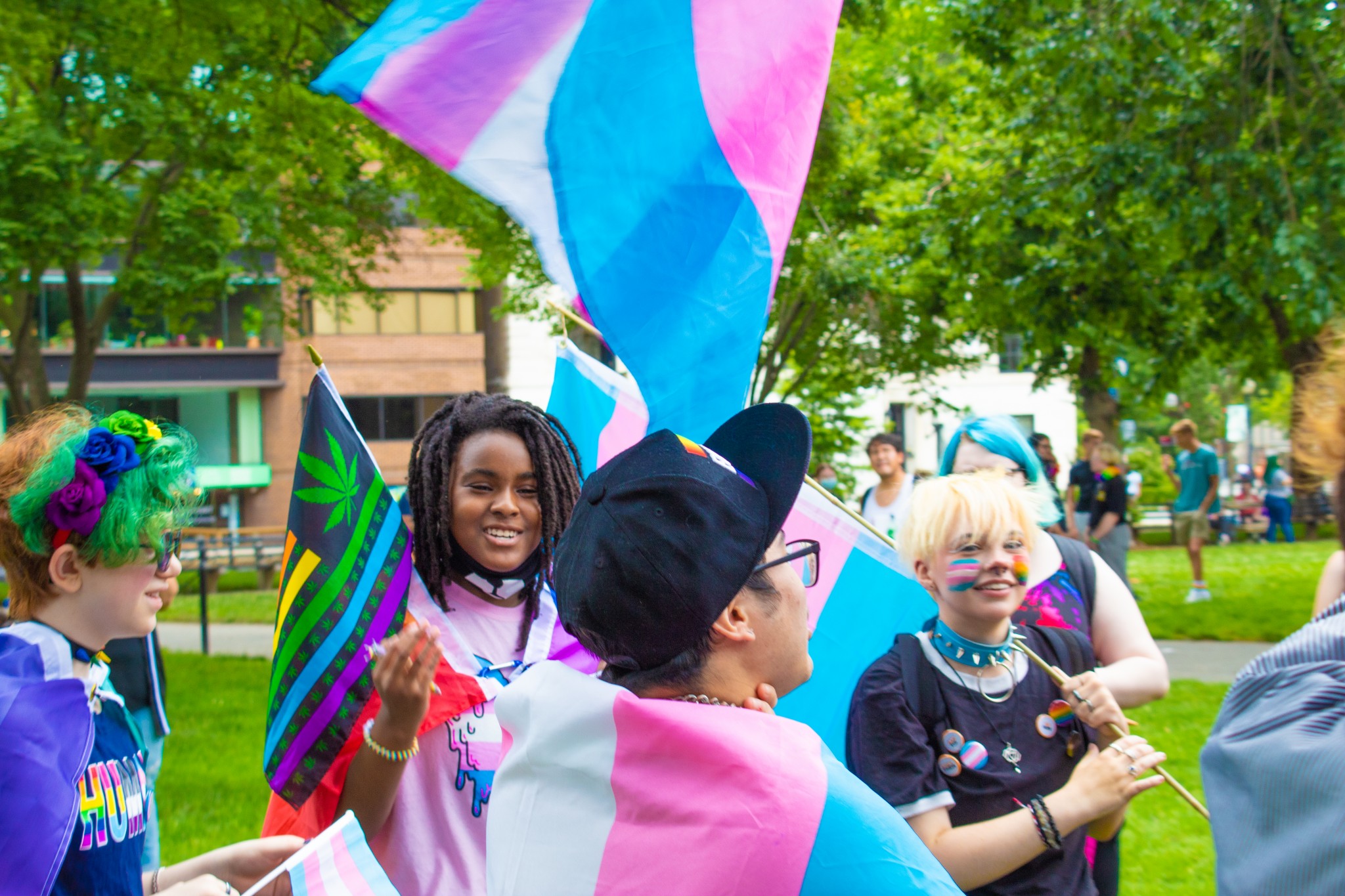 “We need to make sure that our transgender community and our youth are all protected,” she said. 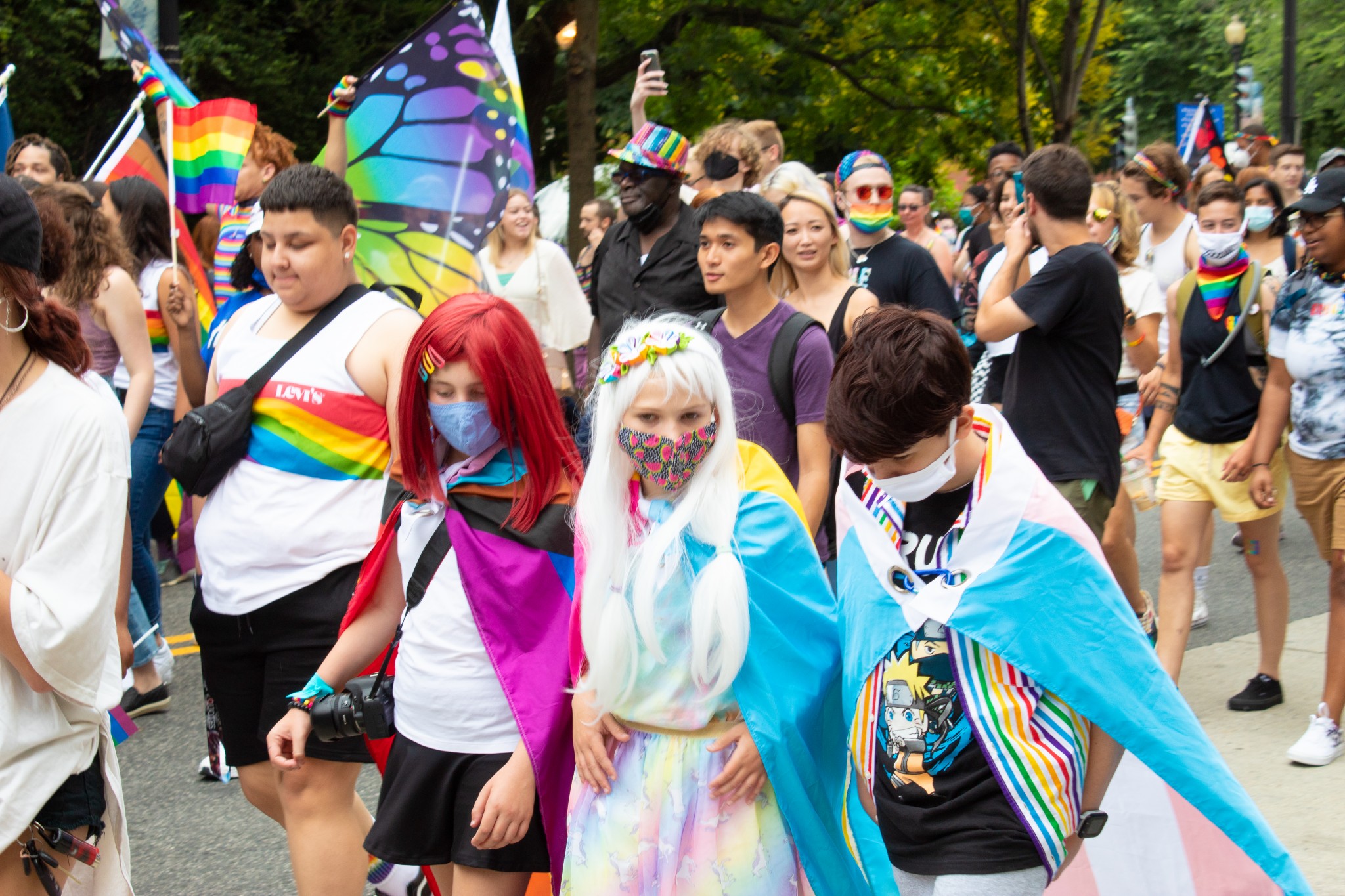 The event was noticeably smaller than other years due to the COVID-19 pandemic. The line of marchers stretched for about five city blocks.

The usual parade was canceled and replaced by a “Pridemobile Parade,” which featured a limited number of vehicles, but no pedestrians were allowed in the parade. 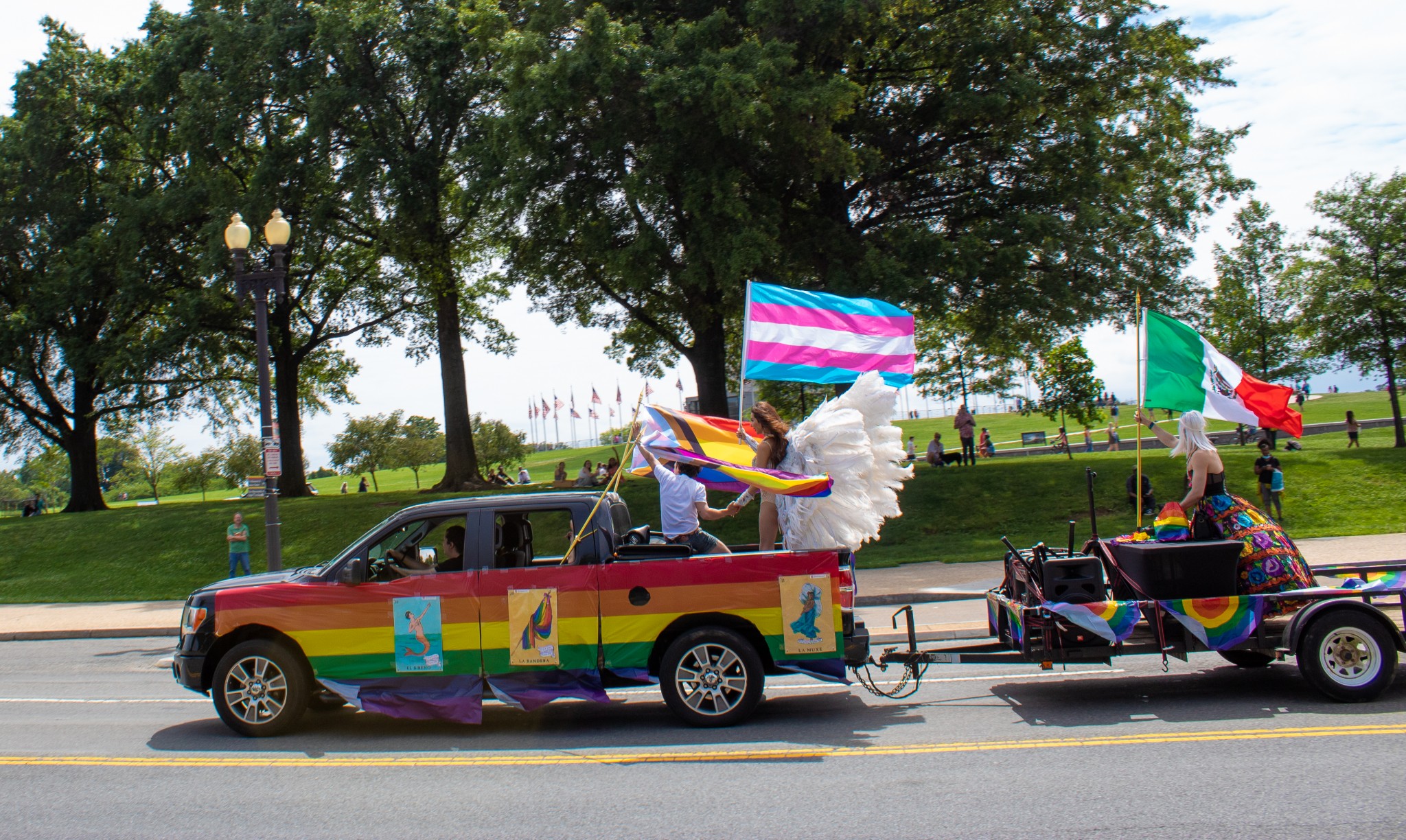 Organizers said the smaller event showed that LGBTQ people are “getting back to our roots,” to a time before corporatism became a major part of Pride events. They added that the event had been put together in “five days.” 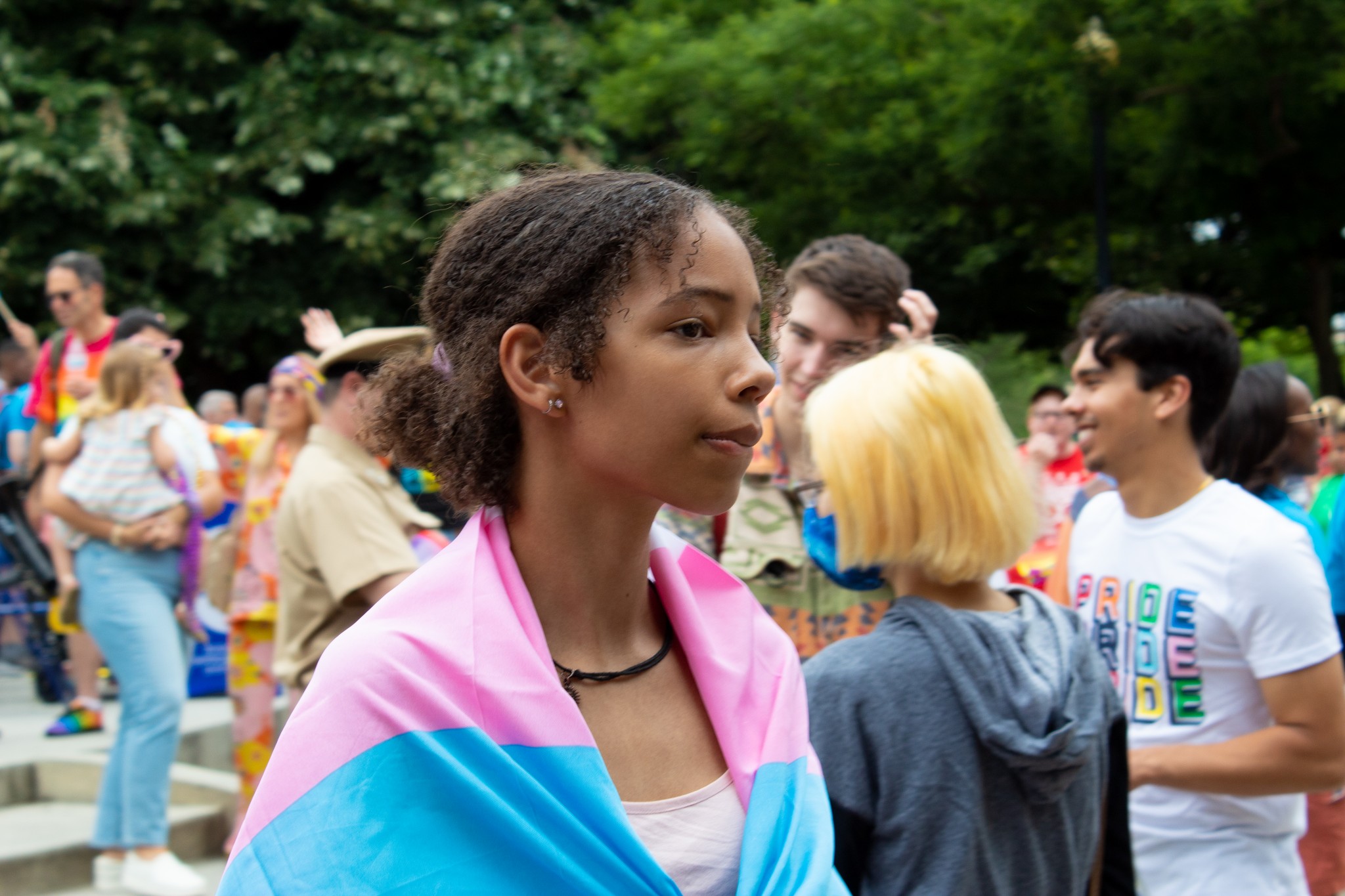 A child listens to speakers at Capital Pride on June 12, 2021 (The American Spectator)

“Who would have predicted about a month ago,” one organizer said, “that we would have been here today for a Pride march in D.C.?” 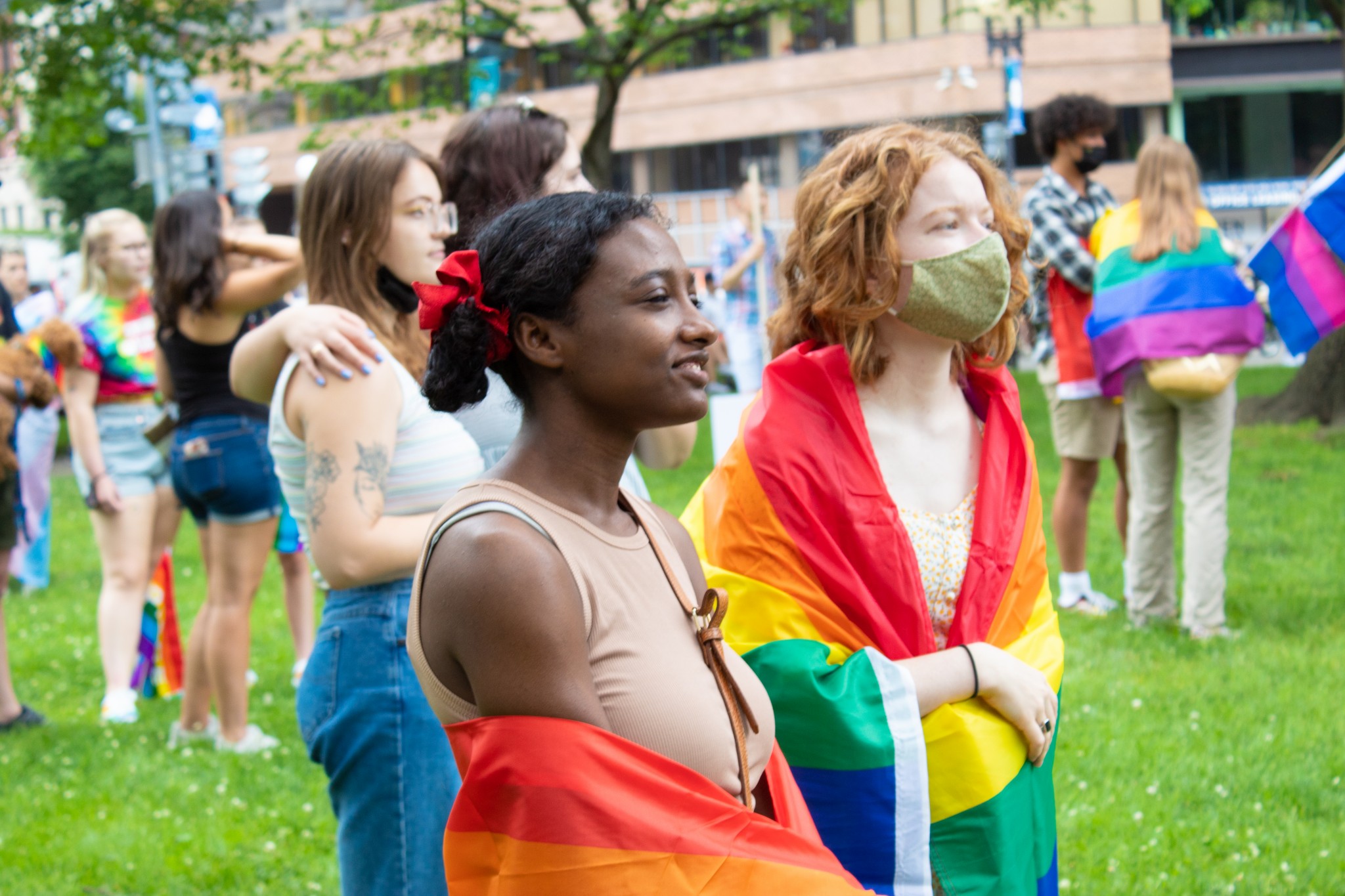 The march’s rallying cry was “We’re here, we’re queer, get used to it.” The march traveled from Dupont Circle to Freedom Plaza, where Muriel Bowser, the mayor of D.C., spoke. 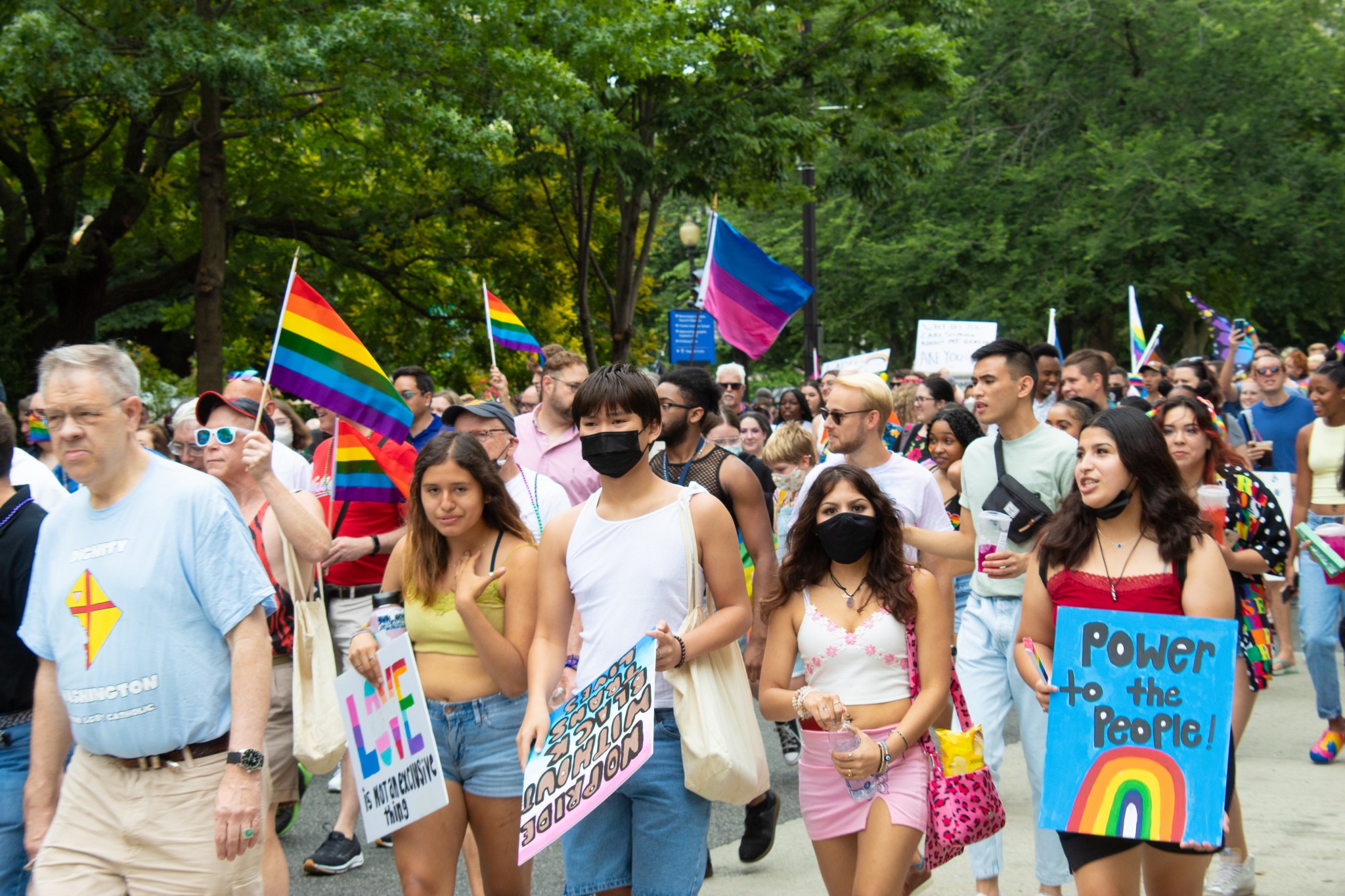 As is typical with Pride events, some marchers wore revealing clothing. One man wore a thong and carried around a crucifix and sign that said “Mary Magdalene.” 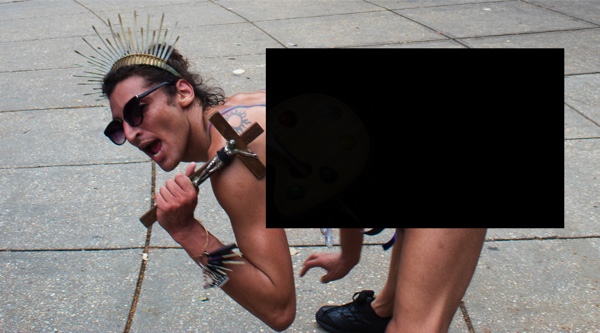 A man at D.C.’s Capital Pride, which was attended by Vice President Kamala Harris, carried around a crucifix (The American Spectator)

During the Pride march, Harris shouted, “Happy Pride!” to her fellow marchers and called for the passage of the Equality Act.

This is not the first time Harris has attended a Pride event. In 2019, she attended San Francisco Pride while wearing a bedazzled rainbow jacket. 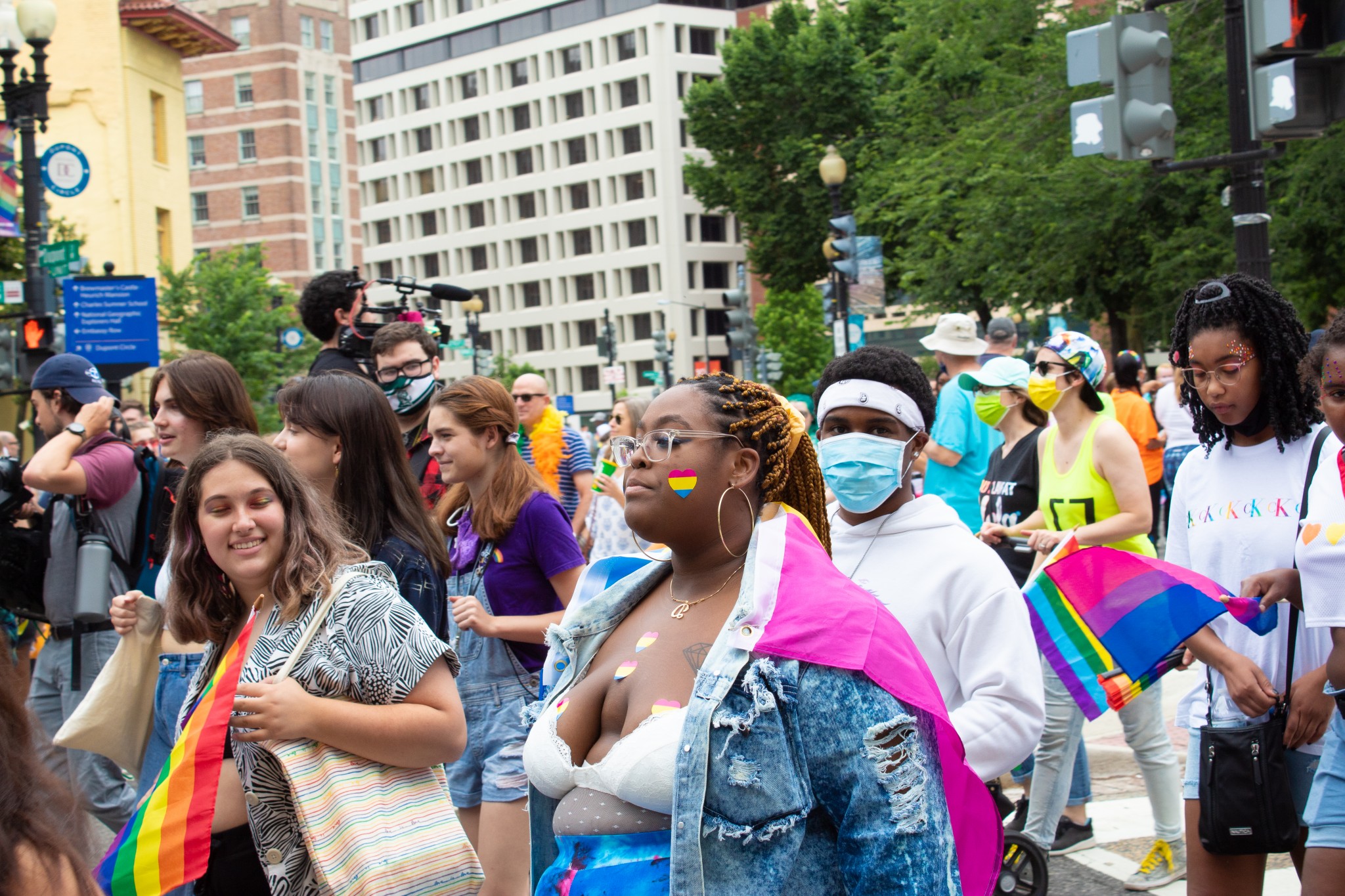 A woman is decked out in stickers with pansexual pride colors at Capital Pride on June 12, 2021 (The American Spectator)