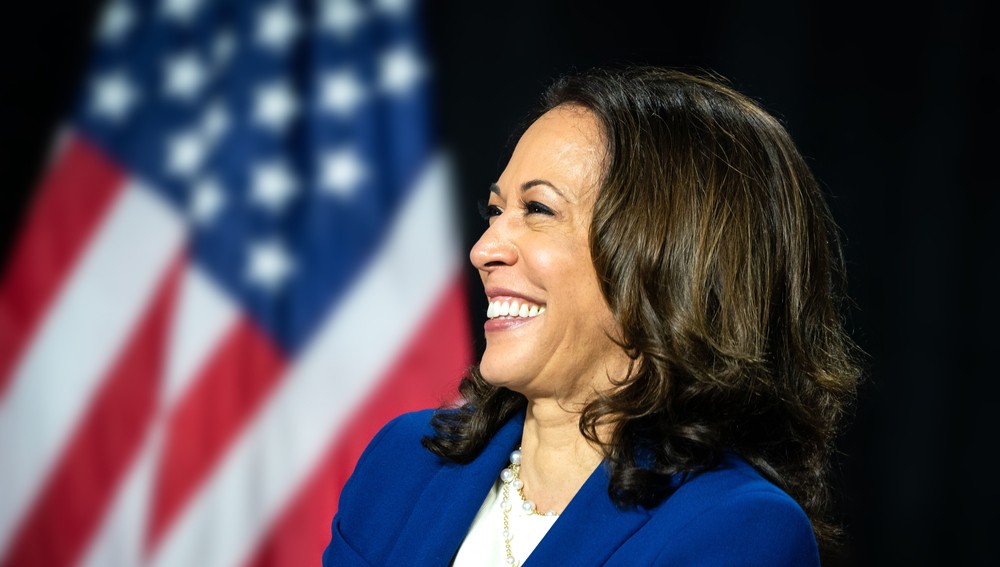 All her critics on the conservative side of the aisle are pillorying her for brazen hypocrisy in refusing to attack New York Gov. Andrew Cuomo for doing the kinds of things that were falsely impugned to Justice Brett Kavanaugh by Kamala and her cohort. Kavanaugh, a deeply religious and dignified family man, a devout Catholic of deep faith and upright morals, was targeted viciously by perjurers and Democrat Left hypocrites, accused by a #MeToo movement that has been exposed as the biggest joke in America since NBC’s weekly Thursday night of “Must See Comedy” went off the air.

#MeToo? What a joke!

Remember “Survivors must be believed”? “Women must be trusted”? All so noble — until two Black women revealed “Their Truth” that they each had been raped by Virginia’s Democrat Lt. Gov. Justin Fairfax before he rose in politics. Impeach Fairfax? Demand his resignation? Once it was realized that, well, the Democrat governor had gone blackface, the Dem Lt. Guv maybe had #MeToo-raped, and the Democrat attorney general had blackfaced, Democrat liberals grasped that, if they remained true to their stated beliefs, then a Republican would have to become Virginia governor after all the resignations would unfold. So, unlike Megyn Kelly, who had been driven to resign from NBC for asking about Halloween blackfacing, it turned out that for Democrats in Virginia blackface actually is kinda cute. Virginia is for Blackfacers. And #MeToo was yesterday’s news. Progressives need to progress.

Soon, we had Joe Biden getting accused of sexual assault. But if “Survivors must be trusted,” then Trump would have to be accepted for reelection, and deceased Democrats no longer would need to register to vote. So Tara Reade got read out of the #MeToo movement, and the whole #MeToo fallacy was exposed. Goodbye, #MeToo. We hardly knew ye.

Shift to Cuomo. The guy murdered some 10,000 or more seniors in New York, covered up the data that we spoke about months before here in The American Spectator, and got an Emmy Award in the process. Heckuva thing. As Yogi Berra said when told that a Jew had been elected mayor of Dublin: “Only in America!” Cuomo, an Emmy Award laureate for his stirring daily press briefings, lies, and attacks on Donald Trump, earned his acting trophy. What a guy! And his bro — don’t call him Fredo — regularly would interview him for hard-hitting news on CNN, the most trusted name in news. If he were not still alive, James Earl Jones — “This … is CNN” — now would be rolling in his grave. Instead, he presumably is rolling on the floor with laughter. Ease his pain.

It turns out that, when not attacking Trump and auditioning for the Emmys, New York’s governor actively talked beyond-dirty to women, suggested sexual interest, hugged and touched many ladies even more intimately than Joe Biden’s caresses and hair-sniffings. A snatch here. A snip there. Or, as we say in Yiddish, a k’nipp. And one wonders: Was Cuomo auditioning to be New York’s next deposed governor, embodying a new tradition that sees one Empire State governor after another fail to make it a full four years? There was Eliot Spitzer (known as “Client Number Nine” among the literati). Then his successor, David Paterson, was gone in two years. And now Cuomo is on the cusp of taking the Fredo rowboat out to the lake without a paddle.

So people are asking: Why won’t Kamala speak out? Kamala, who made her appearance on the national stage by defaming Brett Kavanaugh in front of his wife and daughters, conveying slanderously that he had acted improperly. Why is Kamala not standing on her soap box now and screaming, “#MeToo!” and “Survivors must be believed!”? The answer is simple: because Kamala would not be the vice president today if she had not previously role-modeled as the precedent for vice.

She had her own Cuomosexual, a guy named Willie Brown. Willie wielded more political power and influence in California than Cuomo ever did or will in Albany. Willie also was married — very publicly — to Blanche Brown. As Blanche famously said of Willie and Kamala during their very public affair: “Listen, she may have him at the moment, but come inauguration day and he’s up there on the platform being sworn in, I’ll be the b***h holding the Bible.”

And yet Willie and Kamala publicly partied and dated all over the town. The two lovebirds, a mere 30 years apart, were photographed looking hot and sexy at parties. Heck, they posed for the photos. When you got it, flaunt it, baby. So Willie flaunted his arm candy, and Kamala was the candy in the wrapper — and not just Kisses. She did her Willie thing, and he placed her in the mix of rising California Democrat politicians. He gave her the patronage jobs that opened the doors for her. #MeToo? Heck — #SheToo! She slept her way from the bottom to the top.

And that is why Kamala Harris is among the last to condemn the reprehensible Cuomo despite the way she character-assassinated the upright and noble Judge Kavanaugh. It is that simple. And if you cannot connect those dots — well, sleep on it.