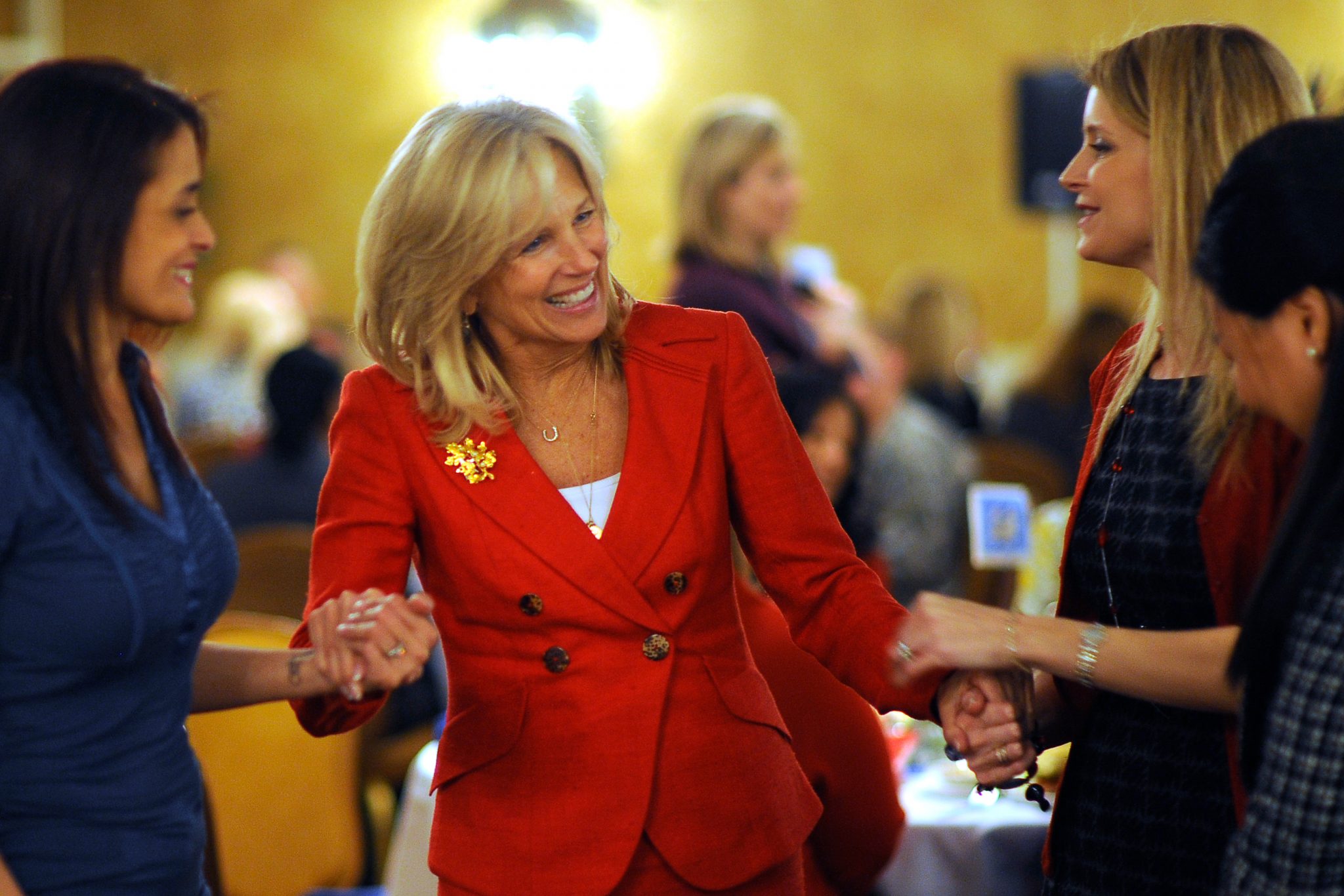 Please allow me to add to American Spectator senior editor Dan Flynn’s deconstruction of the mindless fertilizer storm that has followed Joseph Epstein’s amusing joshing of First-Lady-To-Be Jill Biden for using the honorific “Doctor.” This is important stuff in a nation that still calls itself “the land of the free.”

The reaction to Epstein’s December 11 Wall Street Journal column, coming from the usual PC suspects, has been completely over the top, giving us yet another dreary example of how easily excitable, intolerant, vindictive, and soul-crushingly humorless the cultural Left can be. For suggesting that Jill Biden ditch the Doctor, and along the way referring to her as “kiddo,” a herd of small-bore tyrants has bayed for Epstein’s head, calling him “sexist,” “misogynist,” and, most ridiculous of all, jealous of Jill Biden because she holds a doctorate and he doesn’t. (By the way, “kiddo” is not a gratuitous insult. It’s Joe’s nickname for Jill.)

The bar is set so low for misogyny nowadays it’s well-nigh impossible not to trip over it.

The hysteria has come from the usual organs of the Left: writers with the Washington Post, Atlantic magazine, NPR, a fair fraction of the nation’s largest newspapers, as well as the household-name leftist websites, all claiming Epstein only called for Biden to drop the Doctor because she’s a woman, which defies any clear reading of the column. Even Kamala Harris and Michelle Obama have joined in the indignation.

Jill Biden’s spokesman, Michael LaRosa, calls Epstein’s column a “disgusting and sexist attack … If you had any respect for women at all you would remove this repugnant display of chauvinism from your paper and apologize to her.”

It seems nowadays one must twist anything said or written by anyone not a certified member of the progressive hive into the Left’s victimology narrative. The narrative demands, among many other things, that no woman — even a public figure like Jill Biden — be criticized by anyone at any time for anything. Unless, of course, the woman is a conservative or a Republican. Space limitations prevent me from listing the insulting and condescending things some in this same circle have said and written about Melania Trump and other conservative women. This lot demands that writers and talking heads confine their comments about public figures to calling Donald Trump a racist.

Ever eager to stay in step with the progressive herd, Northwestern University has added its falsetto voice to the, “We’re for free speech, but … ” chorus. The capons in Evanston crooned, “Northwestern is firmly committed to equity, diversity, and inclusion and strongly disagrees with Mr. Epstein’s misogynistic views.”

Well, on the evidence, not all that firmly committed to diversity of thought. Their version of inclusion, like that on most university campuses nowadays, does not include any ideas or expressions outside of the vast and astringent system of progressive etiquette. And the bar is set so low for misogyny nowadays it’s well-nigh impossible not to trip over it.

On this last point, some of the picadors complained that Epstein would not be so tough on a male public figure. These folks are clearly not familiar with Epstein’s long and distinguished writing career, in which he has taken the bark off of such as Saul Bellow, Gore Vidal, Walter Cronkite, Philip Roth, Harold Bloom, and a lineup of male humbugs. (Always with the goods.) After these literary dressing-downs I don’t recall any of the current indignatos accusing him of misandry. I doubt many even know what the word means, or, if they do, think it’s even necessary.

This Cat-5 dudgeon is not only intolerant, it’s hypocritical into the bargain. On the one hand it’s “I am woman, hear me roar. Anything you can do I can do better. I’m just as big and mean and tough as any man.” But call me kiddo and the heavens fall. OK, ladies, which is it? Men public figures take criticism, some of it justified, some of it unfair. If we’re serious about sexual equality, women will have to take criticism as well. Get over it.

To the modern-day Madame Defarge, truth is not a defense. Most academics holding the Ph.D degree, even those who’ve made real contributions to learning in their discipline, don’t use the title Doctor before their names, considering it a bit pretentious, which it is. And Biden’s doctorate is an Ed.D, doctorate of education, an academic “discipline” with all the rigor of 20-minute angel hair. Those under the impression that this area of study has anything useful to impart should take the time to talk with a sample of high school graduates. They will be quickly disabused.

Epstein is not without his defenders. City Journal was cogent on the unjustified outrage: “Epstein’s piece triggered the now-usual chorus of outrage,” Bruce Bower wrote. “It was widely decried as sexist, which is ridiculous: Jill Biden’s sex has nothing to do with Epstein’s argument. One sharp observer noticed that the Washington Post, which in 2017 mocked Trump advisor Sebastian Gorka, a Ph.D., for using the honorific ‘Dr.,’ was now sneering at Epstein for criticizing Jill Biden’s use of it.”

Doctoral dissertations are supposed to make contributions to knowledge in the fields in question. They almost never do. Mostly they’re read and hashed about by a dissertation committee, accepted, and then filed away, never to be read again. With good reason. Those seeking contributions to knowledge, not to mention high-toned entertainment, would be better off spending reading time with Joseph Epstein’s essays and short stories rather than hacking though doctoral dissertations. The payoff would be much greater.