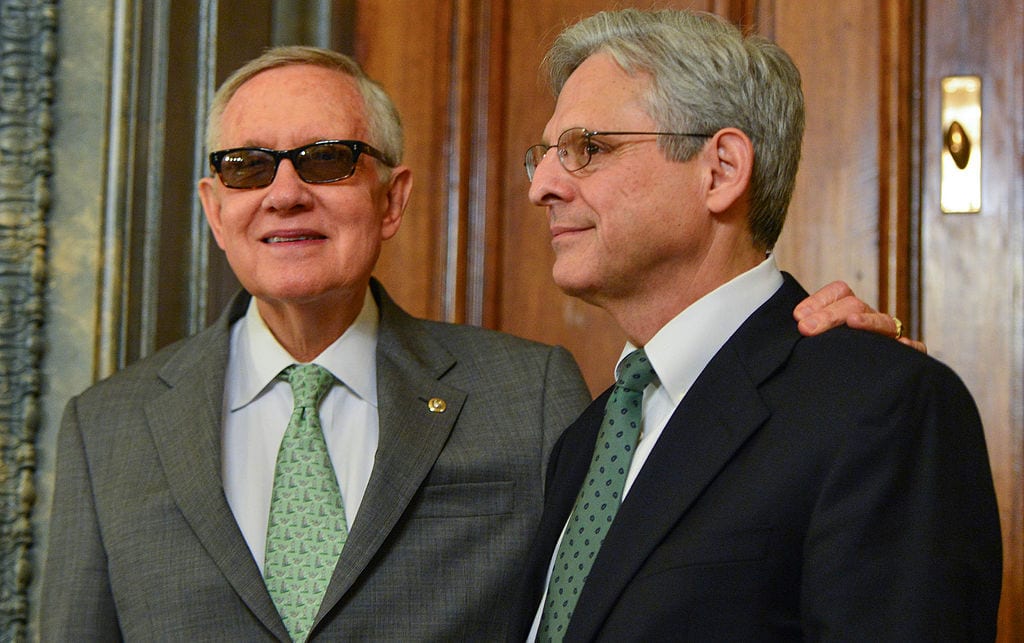 CIA interference in elections used to be a major no-no in the liberal catechism. At Jesuit Fordham University in the radical 1970s, a young John Brennan had devoured anti-American literature portraying the CIA as a wicked meddler in the political affairs of other countries. This radicalism had bred in Brennan, according to his own admission, a very dim view of America — an “unhappiness with the system,” he recalled once, that led him in 1980 to support Gus Hall, the presidential candidate for the Soviet-controlled American Communist Party.

At one of the most crucial moments in the Cold War, America’s future CIA director was rooting for the Reds. It sounds like an Onion parody, but it isn’t. It is the story of America’s decline, marked by a generation of radicals who rose to the top of agencies and institutions they once tried to destroy. The irony is no doubt lost on Brennan, who went from condemning CIA election interference abroad to spearheading it at home.

Contrary to the spinning in recent days by apologists for the Obama administration’s spying on the Trump campaign, Brennan, among others, did make partisan use of this surveillance before election day. The testimony of Harry Reid, the former Nevada senator notorious for his low blows, is decisive here. Reid has bluntly told reporters that Brennan sought him out as the conduit for a crippling leak against Trump during the campaign: “Why do you think he called me?”

Brennan needed Reid to dirty up Trump, a task Reid was happy to perform, but not without first noticing Brennan’s weirdness about it. Reid was struck by Brennan’s “ulterior motive,” as he explained to David Corn and Michael Isikoff in Russian Roulette. Reid, they write, “had concluded the CIA chief believed the public needed to know about the Russian operation, including the information about the possible links to the Trump campaign.”

Brennan has, of course, denied that he used Reid to publicize his spying on the Trump campaign, but even that denial through a spokesman is revealing. Nick Shapiro, one of Brennan’s retinue of radicals at the CIA, told the Washington Times that Brennan’s call to Reid revolved primarily around what Reid knew about alleged Trump-Russia ties: “In fact, most of the conversation was spent with Senator Reid telling Brennan what he had heard about Russians and the Trump campaign.”But anything that Reid claimed to know came from the Hillary-financed Christopher Steele dossier. It appears that Shapiro didn’t even bother to coordinate his denial with Brennan’s previous testimony before Congress in which Brennan claimed ignorance of the Steele dossier. If Reid was talking Brennan’s ear off about the Steele dossier, then that is more proof of Brennan’s perjury before Congress.

Brennan had also obviously heard about the Steele dossier through Steele’s old colleagues in British intelligence, through whom Steele was laundering his smears while waiting to see if his Hillary-supporting friend Jonathan Winer could disseminate them to others in John Kerry’s State Department. A sucker for left-wing conspiracy theories, Winer, who once did a film treatment for Oliver Stone, was happy to serve as a link in the chain of espionage across the Obama administration. Every name that pops up in this partisan farce is that of a determined Hillary supporter. The latest figure is one of Hillary’s old colleagues from the State Department, Elizabeth Dibble, to whom the Australian diplomat Alexander Downer handed off his Papadopoulos pub yarn, according to the Wall Street Journal’s Kimberley Strassel. After Trump won, Dibble left the State Department for the Carnegie Endowment for International Peace.

Every single link in the chain of espionage has partisan fingerprints on it, sometimes multiple smudges. Take the case of Winer, who served as an Obama administration middleman between two of Hillary’s opposition researchers, Christopher Steele and Cody Shearer. Winer was simultaneously passing Steele’s slop to others at the State Department (with an eye to passing it through them to the FBI) and passing Shearer’s slop to Steele, who then gave it back to the FBI as supposed corroboration of his own paid opposition research. The impropriety of it all is staggering. How much can you get for $150,000 or so in opposition research? It turns out a bogus dossier, FISA warrants on members of your opponent’s campaign, and a counterintelligence probe of it. That is, provided you have friends in high places, and Hillary did, with a vengeance — from Brennan’s CIA to John Kerry’s State Department to Jim Comey’s FBI, who made sure to keep this preposterously partisan probe close to headquarters, using the same team that exonerated Hillary to spy on Trump.

Even Peter Strzok, the Trump-hating FBI liaison to Brennan, knew before the election that the probe was a crock. But the FBI kept going under the prodding of Brennan and the White House. Brennan was desperately hoping for an October surprise and had selected Reid as one of his shock troops to deliver it. The problem was that he had nothing solid to give Reid. It looks like Comey and Brennan (who had two separate but overlapping groups going) were getting pretty desperate in September 2016. Election day was bearing down upon them and they hadn’t come up with squat. Out of this desperation came the last-ditch entrapment efforts of Stefan Halper, the spy Comey and Brennan sent to infiltrate the Trump campaign’s ranks. The reporting by the Daily Caller’s Chuck Ross captures the astonishing lowness of the espionage, with Halper evidently wiring up, getting mad at Papadopoulos for not telling him what he wanted to hear, and then even using his flirty female assistant to try and seduce info out of Papadopoulos:

As TheDCNF reported back in March, Halper contacted Papadopoulos through email on Sept. 2, 2016, offering to fly him to London to discuss writing a policy paper about energy issues in Turkey, Israel and Cyprus. Halper offered to pay $3,000 for the paper.

Papadopoulos made the trip and had dinner multiple times with Halper and a Turkish woman described as his assistant. Sources familiar with Papadopoulos’s version of their meetings said Halper randomly asked Papadopoulos whether he knew about Democratic National Committee emails that had been hacked and leaked by Russians.

Papadopoulos strongly denied the allegation, sources familiar with his version of the exchange have told TheDCNF. Halper grew agitated and pressed Papadopoulos on the topic. Papadopoulos believes that Halper was recording him during some of their interactions, sources said.

Halper’s assistant, who is named Azra Turk, brought up Russians and emails over drinks with Papadopoulos. Turk also flirted heavily with Papadopoulos and attempted to meet him in Chicago, where he lives, a source told TheDCNF.

Brennan would later testify before Congress that he had no evidence of collusion between the Trump campaign and Russia. But he didn’t care and needed to find someone equally reckless to make it appear to the public and the press that he did. In Reid, who once said to a Washington Post reporter that he knew of no “line” in campaign politics he wouldn’t cross, Brennan found his man.