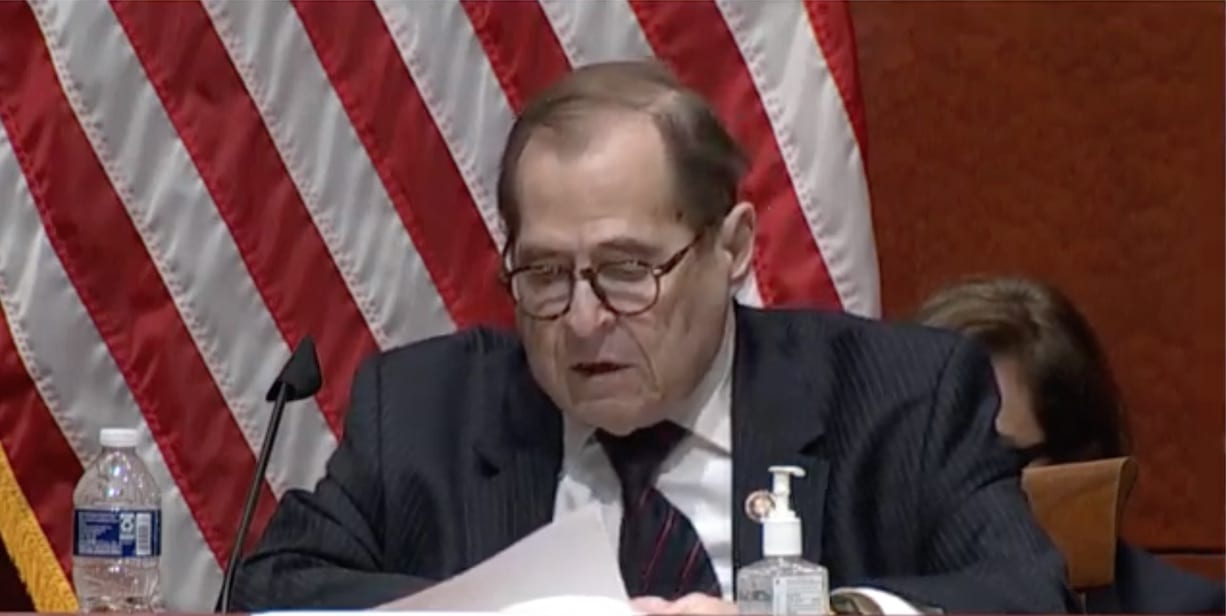 Get Trump Committee chairman Jerrold Nadler of New York set the Queen of Hearts tone early when in opening remarks he banged on about an AG who has “twisted the Department of Justice into a shadow of its former self.” He lamented an AG who “aided and abetted” the worst impulses of a president. He drove it home with, “Your tenure is marked by a persistent war against the department’s professional core in an apparent effort to secure favors for the president.” He painted a picture of an AG who was a stooge for the president.

Wow. These are some serious matters for patriotic Americanos to be concerned about. But what a surprise when I learned that our Gerald was not talking about Eric Holder, who, if you want to talk about stooges for a president, described himself as Barack Obama’s wingman.

Democrats really piled on and asked AG Bill Barr questions that weren’t really questions, but accusations phrased in the “When will you stop beating your wife?” genre. Of course Barr, a steady, reliable, and hard-to-rattle guy, knew this was coming. He did the best he could with what he was given, and maintained the civility that was lacking in his inquisitors. (At least through 3:45 p.m. Tuesday as I’m writing this.) A favorite trick, and McCarthyite tactic, was asking a complex question and demanding a yes or no answer. Then cutting Barr off when he tried to respond to what obviously could not be answered with a yes or no. It probably runs against the Barr grain, but I was hoping he would say to one of his scolds, “If you want to ask the questions and answer them too, you don’t need me for anything, and I have work to do. Adios.”

More than one Democrat picador, while treating Barr like an errant schoolboy called on the principal’s carpet, accused him of showing disrespect to Congress when he tried to fully answer questions. This while they demonstrated by their own outrageous behavior that no respect was due to them. If a majority of Americanos don’t see this unprincipled ambush and McCarthyite takedown as disgraceful, then we’re further down the rabbit hole than I feared.