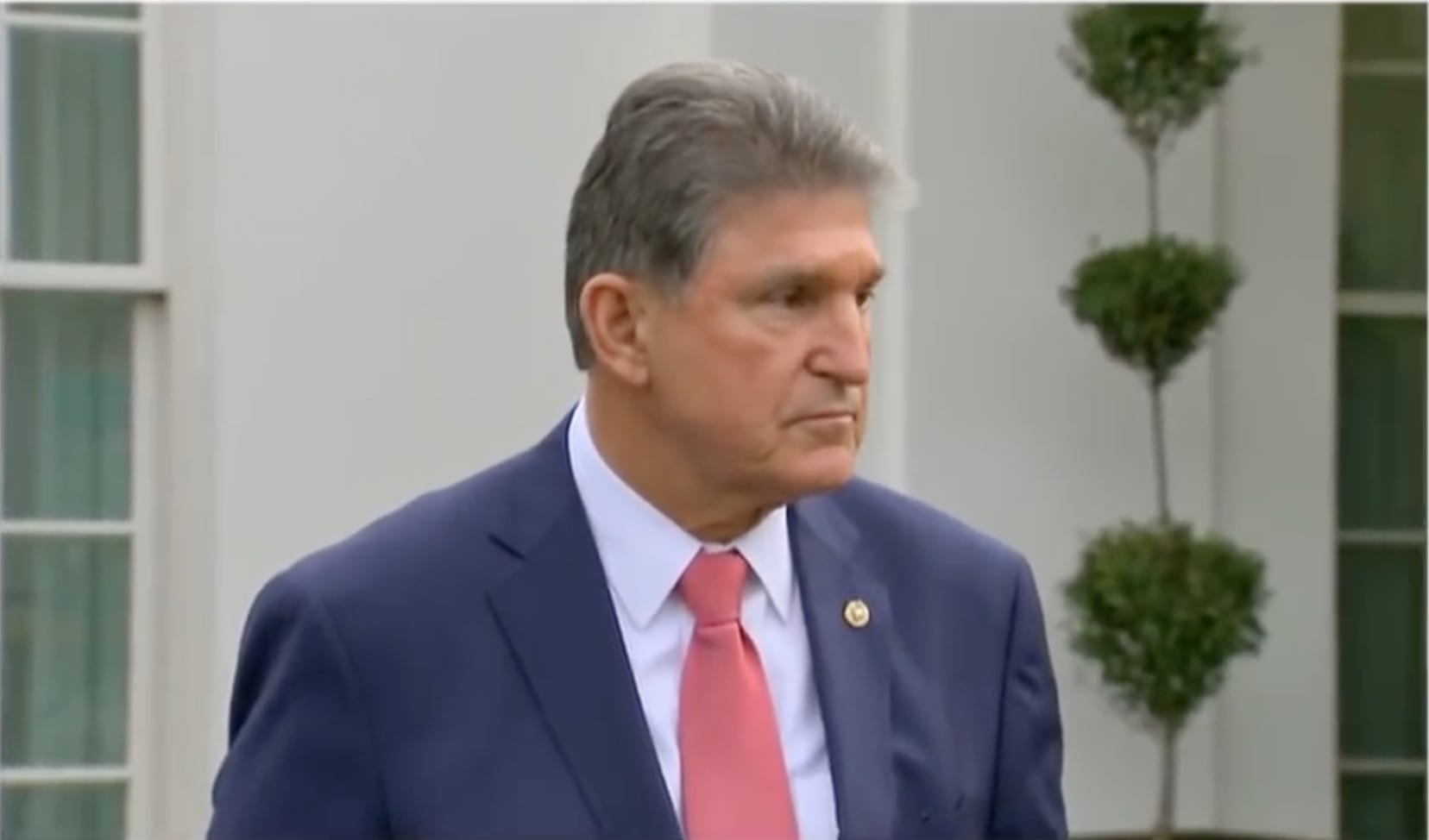 West Virginia Senator Joe Manchin is nervous. He’s a Democrat defending his seat in a state that President Trump carried by 41 points and his single-digit lead over GOP challenger Patrick Morrisey is shrinking. Even worse, the latest polls show his support below 50 percent while the “undecided” percentage grows. Consequently, like all Democrats with drooping leads, Manchin has reverted to the demagoguery that defines his party. He has just released a campaign ad that shows him shooting a piece of paper after looking menacingly into the camera and lying about his opponent’s position on pre-existing conditions.

This mirrors one of his 2010 campaign ads, wherein he blazes away at the cap and trade bill to demonstrate that he is a serious man of principle who would put the needs of Mountain State voters before the demands of the Democratic establishment. That year he was running in a special election to fill the seat of Senator Robert Byrd, who died in office, and was able to pull off the moderate imposture because he had no Senate voting record to live down. This time it’s different. His eight-year voting record shows him in lockstep with his Beltway master, Chuck Schumer, and even the ridiculous new ad is a defense of Obamacare:

That’s me shooting the cap and trade bill, because it was bad for West Virginia.… Now the threat is Patrick Morrisey’s lawsuit to take away health care from people with pre-existing conditions. He is just dead wrong, and that ain’t gonna happen.

The irony of reprising the goofy shotgun ad isn’t merely that it misrepresents Morrisey’s position on pre-existing conditions — Manchin’s rating with the NRA is a “D.” In fact, he has tried to use his position in the Senate to strip West Virginians of their Second Amendment rights. Manchin has twice introduced legislation that would have increased federal restrictions on the ability of law-abiding citizens to purchase guns. As to the Senator’s claims about Morrisey’s position on pre-existing conditions, he knows it’s nonsense. Manchin is just taking that line to avoid talking about the disastrous “Affordable Care Act.”

The truth is that Morrisey, in his capacity as Attorney General of West Virginia, joined officials from Texas and 18 additional states in a lawsuit against the federal government on the grounds that the entire law was rendered unconstitutional when Congress removed the fine from Obamacare’s insurance mandate. Joe Manchin and the rest of the Democrats voted to keep the mandate — and its fine — in place. But they know that Obamacare is extremely unpopular, and that the mandate’s fine was its most reviled provision. So they invented the cover story about pre-existing conditions to help weak Democrats evade the issue.

Manchin has been claiming that 800,000 West Virginians will lose their coverage if the lawsuit succeeds. This is preposterous. Even if the point of the lawsuit was about removing protections for people with preexisting conditions, the number of people who could theoretically be affected across the entire nationwould be half the figure Senator Manchin claims will lose their coverage in the Mountain State alone. How do we know that the worst case scenario is being wildly exaggerated by Manchin? We have a lot of data gathered from a program set up under Obamacare itself. The Heritage Foundation puts it as follows:

Manchin knows this, but he’d rather lie and play with his gun than lose that Senate seat. He and his fellow Democrats consistently claim that millions were denied insurance pursuant to pre-existing conditions before Obamacare. In fact, insurance regulations didn’t permit such denials where most Americans got their coverage — through their employers or various public programs like Medicare and Medicaid. Some people were denied in the individual market, but most had recourse to state-run high-risk pools. Across the country, these state pools covered about 225,000 patients until the Democrats decided to fix health care:

In other words, these high-risk pools were shut down and the patients were dumped into Obamacare exchanges where the cost of covering them doubled. Moreover, every GOP plan to repeal and replace Obamacare has had some mechanism, usually involving state-run high-risk pools, to protect people with preexisting conditions. But not a single Democrat, not even “moderate” Joe Manchin, was willing to compromise. Regardless of what Manchin claims in his ridiculous campaign ads there just isn’t any conspiracy, by Patrick Morrisey or any other Republican, to eliminate protections for preexisting conditions.

Where does all this leave us with what Manchin calls “Patrick Morrisey’s lawsuit”? Oral arguments were heard by U.S. District Judge Reed O’Connor last week. The 20 plaintiffs, including West Virginia, asked the judge for a preliminary injunction halting federal enforcement of Obamacare while the lawsuit winds its way toward the Supreme Court. Will Judge O’Connor pay any attention to gun tote’n mountebanks from the Mountain state? Nope. Will anyone take away health care coverage from people with pre-existing conditions? Nope. Are the voters of West Virginia as dumb as Joe Manchin thinks they are? Nope.