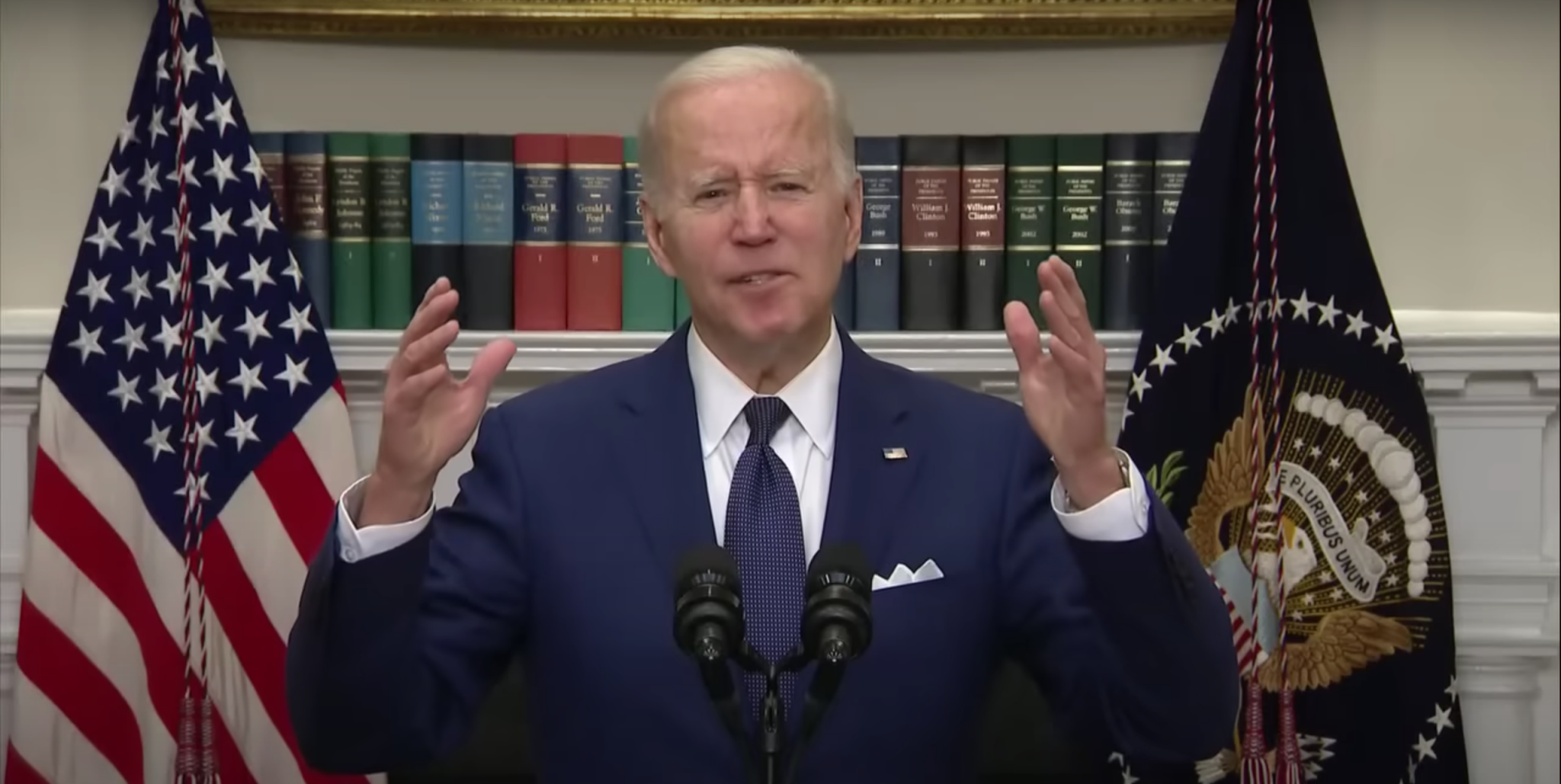 It takes a particularly contemptible brand of cynicism to cold-bloodedly exploit the slaughter of innocent children to promote a political agenda. Yet that is precisely what President Joe Biden and his amen corner in the corporate media have done by using the horrifying and senseless massacre at the Robb Elementary School in Uvalde, Texas, to trumpet their demands for more gun control.

Biden and his media chorus have shamelessly attempted to manipulate the nation’s shock and raw grief into support for their campaign against lawful gun ownership. Despite the overwhelming historical record to the contrary, they proclaim that even more legal restrictions on purchasing and possessing firearms will somehow prevent others from acting out their murderous schemes.

But when and where has gun control ever worked to thwart predators intent on mayhem? Has it worked in the United Kingdom, which has the most restrictive gun laws in the free world? If so, then how to explain the massacres at the Dunblane School in Scotland (17 victims), Hungerford in England (31 victims), and other mass shootings? And how to explain the daily and widespread use of guns by that country’s criminals?

Has it worked in Chicago, New York, or Washington, which have some of our highest gun murder rates despite their draconian restrictions on firearms ownership? Did Connecticut’s strict, gun-hostile laws save the children massacred at Sandy Hook Elementary?

In short, can the proponents of gun control point to a single jurisdiction where gun laws have worked other than to burden or disarm law-abiding citizens?

For example, the Uvalde killer reportedly purchased his firearms from a federally licensed dealer. This required him to verify in writing and under penalty of law that, among other things, he was not under criminal indictment; a convicted criminal; a fugitive from justice; a drug addict or user of controlled substances; an adjudicated “mental defective”; someone who had been committed to a mental institution; or someone subject to a domestic abuse restraining order.

All of the foregoing sworn information had to have been checked against the FBI’s records before the sale was completed.

But within days of undergoing this process, he used those legally purchased guns to slaughter his victims. Which raises the question: do legally mandated background checks and restrictions on gun ownership have any real-life material impact on the possession of firearms by criminals?

In January 2019, the U.S. Department of Justice issued a report titled “Source and Use of Firearms Involved in Crimes: Survey of Prison Inmates, 2016.” It provides a statistical analysis of where and how state and federal prison inmates obtained firearms that they either possessed or used in the commission of their crimes.

Of the prisoners who used firearms in committing crimes such as murder, robbery, and burglary, only 1.3 percent obtained their guns from a retail source. Among those who possessed a firearm during their offense, 0.8 percent obtained it at a gun show. Instead, the most common source of firearms for these prisoners had been the “off the street/underground market.”

So it is that the already onerous background checks and restrictions on commercial sales have not materially kept firearms out of the hands of criminals. So, why should we expect expanded legal restrictions on the purchase and ownership of firearms to produce a different result?

The inconvenient and irrefutable truth is that antigun laws never have and never will deprive criminals of firearms. To maintain otherwise is to replace logic and the hard lessons of history with magical thinking in which a wave of the legislative wand will somehow solve the problem.

Which is not to say that the antigun zealots are a harmless lot of dreamers. Indeed, policies based on their gun phobia have materially contributed to the grisly body count. Local governments in thrall to this bloc have effectively disarmed millions of city dwellers, leaving them defenseless against armed, violent predators.

And the most pernicious form of this unilateral disarmament has been the fatuous declaration of our schools as gun-free zones. While this no doubt has made the antigun crowd feel good about themselves and their enlightened moral vision, the fact is that gun-free zones pose a threat to public safety.

According to the Crime Prevention and Research Center, between the years 1950 and 2018, 97.8 percent of all mass public shootings occurred in gun-free zones.

There is also ample anecdotal proof that mass-casualty shooters prefer gun-free zones. For example, in 2016, Michigan ISIS supporter Khalil Abu-Rayyan had an online discussion with an undercover FBI agent in which he discussed his plan for a “martyrdom operation” by attacking a Detroit church. He told the agent that this would be an easy target because “people are not allowed to carry guns in church.”

Similarly, in 2015, Elliot Rodger murdered six people in a Santa Barbara, California, gun-free zone. In his 141-page “manifesto,” he explained that in planning his attack, he had decided against launching it in other locations where someone with a gun might be present to cut short his killing spree.

In a 2012 Aurora, Colorado, theater massacre, the killer’s diary showed that he had decided against attacking an airport because of its “substantial security.” And, out of the seven movie theaters within 20 minutes of the shooter’s home, he chose the only one that had posted signs declaring it to be a gun-free zone.

In 2019, the shooter who murdered 22 people in an El Paso, Texas, Walmart store issued a “manifesto” which stated, in part, the following:

Similarly, in a Dayton, Ohio, mass shooting, that immediately followed the El Paso murders, the victims were attacked as they exited a nightspot that was a gun-free zone.

And in the 2019 Garlic Festival shootings in Gilroy, California, the victims were trapped inside a fenced area after going through metal detectors to make sure that they were disarmed. The shooter, however, avoided the metal detectors by cutting through the fence and then attacking a victim pool that the Gilroy authorities had rendered incapable of defending themselves.

So it is that these and other massacres share the one common element of almost all mass casualty shootings: gun-free zones.

Although Texas allows teachers and school staff to carry firearms, only 30 percent of school districts have armed personnel. The Uvalde School District is not among that group. In other words, the Robb Elementary School was an inviting, target-rich environment where the killer knew that murder and mayhem would go unchecked until the police made their unavoidably belated arrival. What better place for him to seize the media spotlight and achieve instant fame, secure in the knowledge that he would be the only gunman in a gun-free zone?

It is time for Biden, the progressive media, and politicians to give their antigun agenda a rest and acknowledge the obvious: gun-free zones are a dangerous feel-good myth, and predators, mental patients, and deranged loners have and will continue to have access to guns no matter what laws are passed.

In a nation with more than 90 million sane, responsible, and legal gun owners, cadres of school staff already familiar with firearms can readily be recruited, screened, trained, and armed. That would be a good first step. But, if the Biden regime is really serious about taking meaningful action, it should spend the relatively modest sums necessary to transform our schools into hard targets with restricted entry points, alarm systems, comprehensive video surveillance, and armed police.

Faced with that kind of meaningful deterrent, predators would have to find a path to infamy that did not involve the wholesale murder of innocent children.