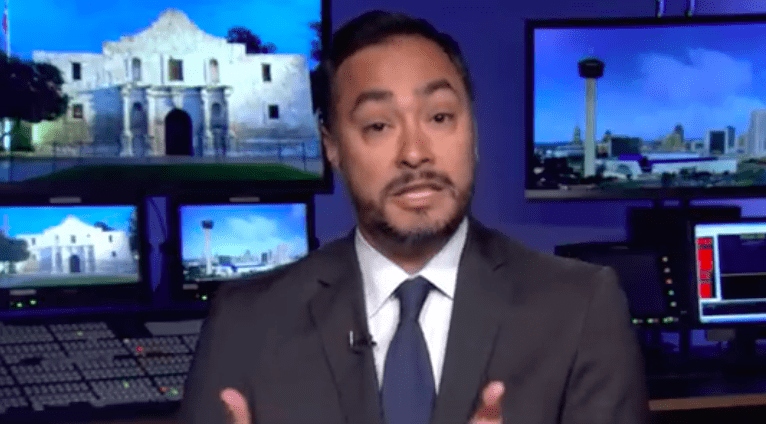 Rep. Joaquin Castro (D-Texas) on Monday tweeted a graphic containing the names and occupations of 44 San Antonio residents who donated the maximum legal amount ($2800) to President Donald Trump’s reelection campaign. Castro, who chairs his brother Julián Castro’s campaign for the presidency, claimed he was “sad to see so many San Antonians as 2019 maximum donors to Donald Trump,” arguing that “their contributions are fueling a campaign of hate that labels Hispanic immigrants as ‘invaders.’ ”

Castro’s tweet, which comes in the wake of last week’s mass shooting in El Paso, Texas, where 22 people were killed, immediately attracted outrage.

On Wednesday morning, the hashtag #ImpeachJoaquinCastro was trending on Twitter in reaction to the tweet. House Minority Leader Kevin McCarthy (R-Calif.) accused Castro of “targeting and harassing Americans because of their political beliefs.” Rep. Steve Scalise (R-La.) similarly commented that “people should not be personally targeted for their political views.” Scalise, who was injured when a gunman shot at Republican congressmen practicing for a baseball game in 2017, noted that he knows the dangers of political targeting “firsthand.” Sen. Ted Cruz’s (R-Texas) accused Castro of “doxxing” the individuals on the list.

In an ironic twist, one of the individuals on the list had also donated to Castro’s congressional campaign. Wayne Harwell donated $1000 to Castro and thousands more to President Trump. In an interview with Fox, Harwell said he will no longer donate to Castro: “If he dislikes me enough that he wants to put my name out there against Trump, I’m not going to give money to him.”

MSNBC’s Willie Geist pressed Castro to consider the implications of his tweet in an interview Wednesday morning. “These people are undoubtedly already being harassed online or perhaps face to face in some cases, they could be,” Geist said. Castro claimed that he “doesn’t want anybody harassed or targeted … that wasn’t my intention.” Geist responded, “They will be, because you put their names in public.”

Castro and others, such as MSNBC’s Joe Scarborough, have continued to defend the graphic. Scarborough tweeted, “Any business that donates to Trump is complicit and endorses … white supremacy.” Castro also argued that because the information was already publicly available, the graphic is not harmful. Any individual who donates over $200 to a political campaign can be found through a simple search on the FEC’s donor database. The person’s name, along with their occupation, city and state, is available for all to see.

Nothing Castro did was illegal. But the graphic, though it simply compiled public information, placed it into an easily digestible format for potential harassers to abuse.

Yet there is also an element of hypocrisy behind Castro’s actions. He has repeatedly claimed that “rhetoric can lead to incitement,” arguing that Trump’s rhetoric influenced the El Paso shooter. Castro fails to consider that his tweet could also incite people to harassment or, worse still, violence.