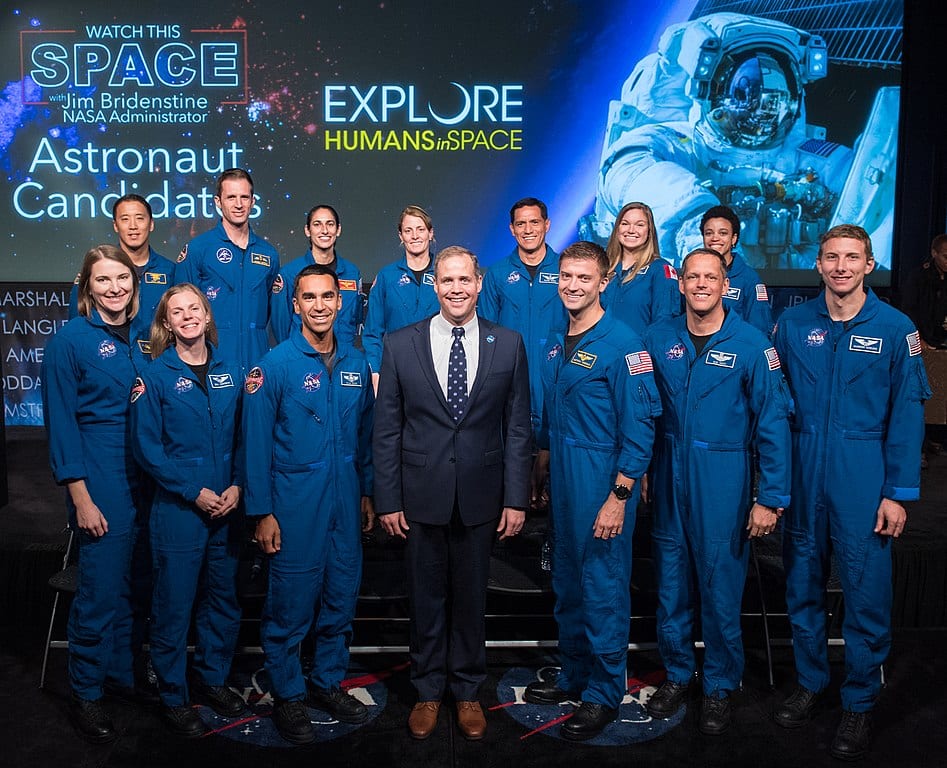 When he represented Oklahoma in the U.S. Congress, Jim Bridenstine was a conservative hero, earning lifetime scores of 97% from Conservative Review, 93% from the American Conservative Union, and 96% from Club for Growth.

Through thick and thin, the man stuck to his guns, ensuring that the America First agenda of protecting the citizenry through pro-consumer regulatory, healthcare, and national defense policy was heard and advanced in our nation’s capital.

So, it shouldn’t surprise anyone that Bridenstine is doing the same in his new position as Director of the National Aeronautics and Space Association (NASA).

Everyone knew that restoring NASA to its former glory wouldn’t be an easy task. After President Obama canceled Project Constellation, which would have “return[ed] us to the Moon no later than 2020,” the agency became not much more than a passive activist and research arm of the federal government, pushing global warming theories and, as explained by former NASA Administrator Charles Bolden himself, “…[reaching] out to the Muslim world and [engaging] much more dominantly with Muslim nations…” Gone were most plans of sending astronauts anywhere into space and doing the things necessary to ensure that the U.S. is leading the way in space exploration.

But throughout his life, Bridenstine — a nine-year active duty Navy veteran — has faced more significant challenges. He’s makes revamping the agency look like an easy lift.

Although President Trump signed the Executive Order that would make Moon exploration and protecting U.S. space assets a priority, Bridenstine is the one responsible for making his vision a reality. Doing so sometimes requires him becoming somewhat of a bogeyman in the eyes of the mainstream media, but he seems to relish the opportunities given to put his foot down, make hard decisions, and tell them things they don’t want to hear. Nothing exemplifies this point more than Bridenstine’s new no-hold-back defense of NASA’s Space Launch System (SLS) and its companion Orion spacecraft from leftist holdovers’ chopping block.

It’s unfortunate that lapdogs for the previous administration, both in the mainstream media and in the Washington bureaucracy, have even made this a controversy. SLS will soon be the most powerful rocket NASA has ever built and will allow the U.S. to get to the Moon and engage in deep space exploration by “offering more payload mass, volume capability energy to speed missions through space than any current launch vehicle…” However, if you don’t care about exploring outer space and protecting the U.S. space program/human capital, and if you lack understanding on the national security risks that other countries’ growing space capabilities pose, naturally none of these standout SLS specifications mean much to you.

That’s likely why President Obama — the guy that seemed intent on transforming NASA into a global warming and foreign outreach-promoting powerhouse — tried scrapping what was then called the Ares V and Orion despite the government already being billions in the hole creating it. All things considered, he was not successful in achieving his ostensible objectives, but that hasn’t stopped his allies from pushing onward.

In October, Paul Martin, a NASA Inspector General Obama holdover, came out with what some perceived to be a hit job report on the SLS, which, given the mainstream media coverage, seemed to set off a few dominoes. For example, Stephen Jurczyk, NASA’s associate administrator, even told Business Insiderthat he thought that it would be possible for NASA to retire the government system eventually.

And yet, even with these Obama supporters possessing a clear agenda appearing to bend the truth and craft a narrative that might have even changed the minds of some of Bridenstine’s co-workers, Bridenstine refused to take the easy way out and go along with the choir. With the word “cower” not even seeming to belong in his vocabulary, Bridenstine defended the rocket most critical to the new NASA’s ambitious agenda without hesitation.

“In case there is any confusion, @NASA will NOT be retiring @NASA_SLS in 2022 or any foreseeable date,” the NASA head wrote on Twitter. “It is the backbone of America’s return to the Moon with international and commercial partners.”

It may not be easy to be portrayed as a loose cannon contrarian, but by sticking to what he’s always believed and defending the SLS, Bridenstine has ensured that America will be able to get where it needs to go to remain competitive with the rest of the world in the most efficient and affordable way possible.

By no means will Bridenstine stop the buck with the SLS. If his recent interviews are any indication, he will continue full speed ahead, ensuring that the administration’s goal of eventually getting the U.S. to Mars and back to the Moon before it is achieved.

As with SLS, the political talking class — especially come January, when the Democrats take over the House — will likely do everything they can to stop ventures like the new Moon mission, working to make NASA more like the body that President Obama envisioned, but none of that will matter for Bridenstine. NASA’s new maestro won’t lose sleep over it and will remain laser-focused on the critical goals ahead.

At this pivotal time, the Trump administration is lucky to have this veteran of the legislative branch at the helm.

David Wallace, a former Republican nominee for Congress, is president of the FAIR Energy Foundation, a leading Maryland Tea Party activist, and a freelance journalist.