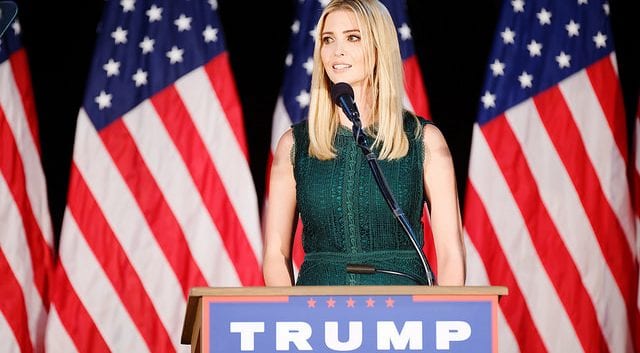 Ivanka Trump’s foray into the world of fashion is officially coming to a close.

The oldest daughter of the president stated, “After 17 months in Washington, I do not know when or if I will ever return to the business, but I do know that my focus for the foreseeable future will be the work I am doing here in Washington.”

The decision to close doors arrives on the heels of Hudson’s Bay Co. electing to remove all Ivanka clothing items from their 90 Canadian stores. Hudson’s Bay adds to the laundry list of companies dropping Ivanka’s products including Nordstrom, Neiman Marcus, and T.J. Maxx.

Hudson’s Bay cites “weak performance” as their rationale for the move. The drop in sales is spurred by the wave of boycotts against Trump products, as emphasized by some less-than-friendly tweets:

BREAKING: Ivanka Trump is closing down her fashion line.

I’m sure she will claim it’s because she wants to concentrate on her work for the country.

Many criticized Ivanka and her father for the President’s supposed “exemption” of Ivanka’s clothing line from the billions of dollars of tariffs against China. Upon further inspection, it was discovered that no clothing line, not even one, had been included in the tariff list, making this claim difficult to prove at best.

This leads to a chicken-egg scenario. Were sales slowing because the products were truly lackluster or because of the mounting pressure from the Left to boycott Ivanka products? Ivanka herself mentioned neither in her decision to step back from the brand, instead stating that she is simply too busy to oversee the business.

A spokesperson said, “The decision has nothing to do with the performance of the brand and is based solely on Ivanka’s decision to remain in Washington indefinitely”.

As President Trump’s close confidant and advisor on all things business and political, Ivanka is busy in Washington. Politics isn’t enriching the Trump family, as some have suggested, but cost Ivanka, at least, dearly.