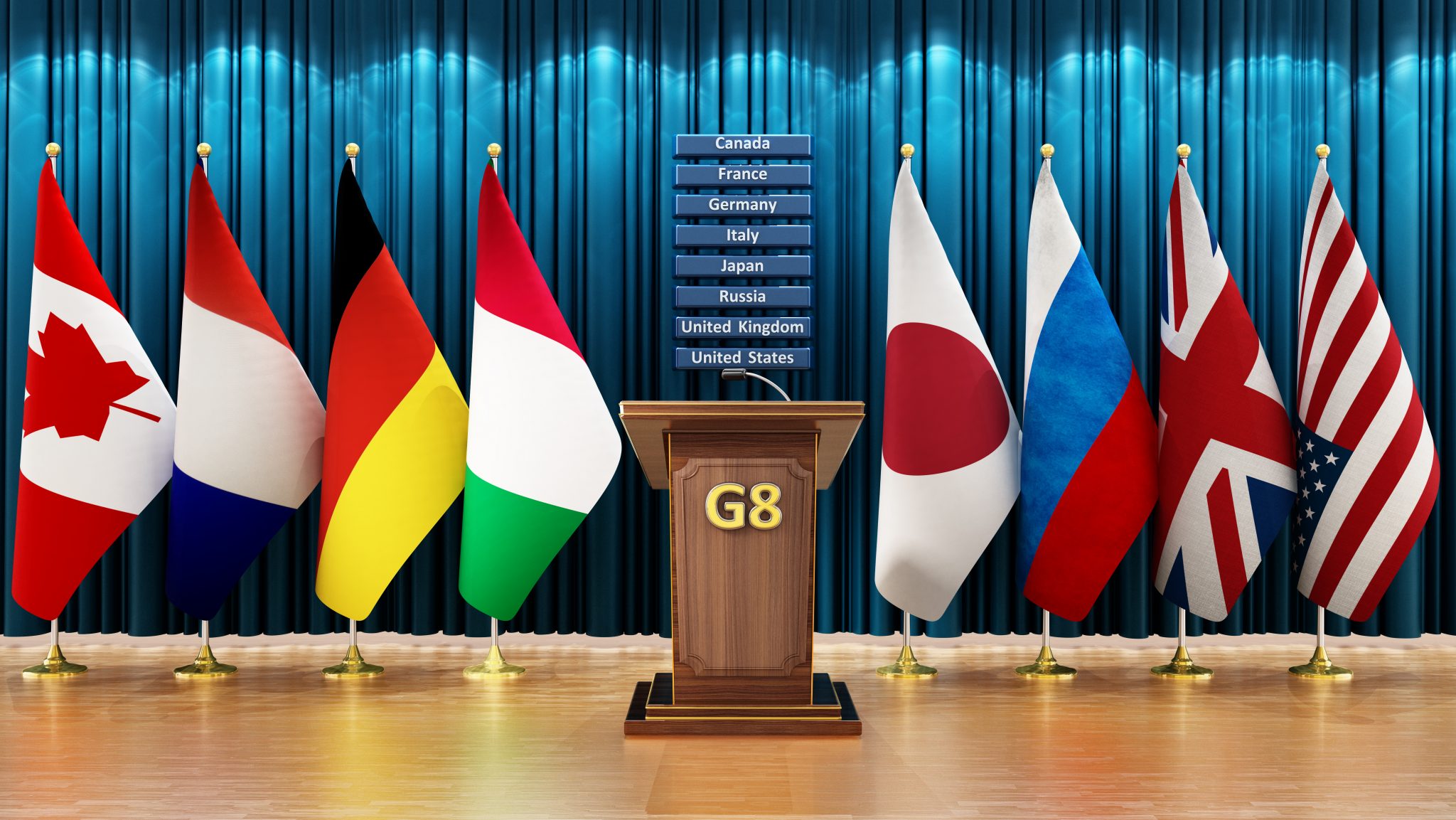 What is the sound of one hand clapping? Ask the Group of Eight, also known as the G-8 — which just assembled in Canada to discuss the state of the world at the picturesque and historic Deerhurst Resort in Muskoka, Ontario. Its members include Canada, France, Germany, Italy, Japan, Russia, the United Kingdom, and the United States.

What was remarkable about this summit, and indeed about the G-8 itself, is that it excluded the People’s Republic of China, the world’s second largest economy in terms of purchasing power parity, and the world’s third largest based on current exchange rates. One must wonder why its membership includes Italy, hardly a world power by most standards, and Russia, whose standards of governance can make it a high risk environment.

It is difficult to imagine a country with such a complicated profile as China. It is a trade partner, a formidable competitor in manufacturing, and a potential adversary in the quest for oil and mineral resources. Its economic success in recent decades is nothing short of miraculous: China is now the second largest consumer of oil as well as the world’s largest exporter. Having moved hundreds of millions of its population into an aspiring and new middle class, the China economic model may also offer insights to other emerging nations, particularly regarding the importance of foreign direct investment and an export driven economy.

Relegated to G-20 status (at the subsequent meetings of that Group in Muskoka), China is therefore optically positioned as a second tier global player, along with countries such as Argentina, Australia, Indonesia, and South Korea.

Relations with China embrace a wide matrix of issues. They include charges of currency manipulation resulting in huge trade imbalances and holdings of U.S. monetary instruments; a control freak export economy; weapons sales to Taiwan; relations with the exiled Dalai Lama; differences over human rights; intrusions in cyberspace and Internet censorship; world climate policy; the ascent of a blue water navy and the projection of power; and support for the so-called axis of evil. Very recently, India and Brazil have joined American and European calls for an upward movement of China’s controlled currency, the Renminbi also known as the Yuan, making economic relations no longer an issue among China and Western or former colonial powers, but rather with the entire world.

At the G-8 summit, North Korea was criticized for its nuclear weapons development, with the G-8 calling for cessation of such activity. North Korea was further castigated for its alleged sinking of a South Korean warship. Further concerns were expressed over Iran’s continuing nuclear aspirations and expressed commitment to enrichment activity.

China, of course, has more influence than most with those two rogue regimes. As noted by the Council on Foreign Relations in a July 2009 publication, China is the leading sponsor of North Korea since 1950, and its largest provider of weapons, fuel and food, also having opposed economic sanctions against the government of Kim Jong Il. In the case of Iran, China imports an estimated 15% of its oil from that country, its second most important supplier after Saudi Arabia. China has also vigorously opposed sanctions against Tehran.

Obviously, something is wrong with this picture. A nuclear-armed country with extensive ties with two of the most dangerous nations on earth is not at the table as a first class citizen in the august G-8. A country with aspirations that challenge the current world order and the naval power of the United States in the Pacific is seen but not heard as a peer.

China’s disrespect for human rights and the way it has mandated economic development are at odds with principles of liberal democracy. And there is also fear of China’s increasing military capacity, as evidenced by a report of the U.S. Naval Institute in March 2009 regarding Chinese efforts to produce a Mach ten anti-ship missile for use against U.S. Carrier Strike Groups.

There are no simple formulas to govern relations with China, but engagement is preferable to isolation. And given China’s surreal economic progress and power, as well as the composition of the G-8 which includes peripheral world players as well as a Russia that is fundamentally hostile to U.S. and European interests, it’s time to rethink the criteria for membership in the club.