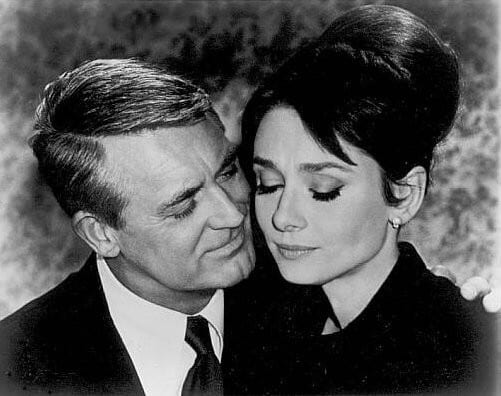 Joseph Epstein, in addition to his engaging short-stories and amusing essay collections, has parsed at book length such life staples as Snobbery (2002), Envy (2003), Friendship (2006), and Gossip (2011). In his latest of more than 30 books, Epstein puts charm under the microscope to our advantage.

Those familiar with Epstein’s work over the decades will doubtless agree there is no writer more qualified to strap on the matter of charm. He has, after all, given us some of the most charming writing of the last half century.

Epstein describes charm as a diminishing virtue in our devolved culture, and who can argue with this? Hollywood may have retailed charm on the silver screen from the thirties into the sixties — see Audrey Hepburn, Cary Grant, Deborah Kerr, Fred Astaire, et al. But whatever Tinsel Town is retailing now, no one not on controlled substances would call it charm.

And such charm as a rude, crude, and out-of-control Hollywood hasn’t smothered with a pillow has been put to rout by our in-your-face, tribal politics and the self-obsession of our regnant therapeutic culture. Political rants, while considered necessary by the ranter, are never considered charming by the rantee. And no one can be charming while swimming about in one’s own navel, in continuous pursuit of the illusive self. (Which for those who finally overtake it, usually turns out to be pretty uninteresting. Hardly worth the chase).

In Charm, as has been his practice in his previous one-subject books, Epstein never defines the matter at hand. But this is no disadvantage. When dealing with matters as broad and many-sided as those Epstein takes up, almost any definition would be too confining, would leave out too much. Better to go along with Epstein as he examines, describes, diagnoses, dissects, and gives examples of who and what he takes to be charming, and who and what distinctly fail to make the cut. He also teaches us to distinguish between cool, charisma, elegance, the ability to amuse, wittiness, general likability, and other near-charm qualities that are often found among the charming but are not the thing itself.

Not everyone will consider charm a sufficiently important subject to justify hours of reading time. After all, charm doesn’t produce goods or services, doesn’t cure disease or alleviate poverty. It almost never makes a political point and never makes us better looking. But this virtue, that many might consider a trifle, can make our lives better. More enjoyable. Epstein makes his case for charm’s value and our attention to it economically here:

Almost everyone will recognize when he or she is in the presence of charm. Charm is magic of a kind; it casts a spell. In the presence of charm the world seems lighter and lovelier. A charming person can cause you to forget your problems, at least temporarily, to hold the world’s dreariness at bay. Charm is a reminder that the world is filled with jolly prospects and delightful possibilities. Watching Fred Astaire dance, or listening to Blossom Dearie sing, or reading the poems of C.P. Cavafy or merely looking at Rita Hayworth or Ava Gardner, one recalls that the world can be a pretty damn fine place.

All right, attentive reader, defense stipulates that several of these examples have a bit of age on them. Understandable, as neither Epstein nor I are in the first bloom of youth. More to the point though, the examples buttress one of Epstein’s messages, that charm, thanks to some melancholy cultural shifts, is now on the endangered species list, if not on life support. Whatever history remembers this generation for, it won’t be charm.

Challenge: Name three people in public life today who deserve to be called charming. OK, name one. I’ll wait here while you struggle to come up with a name… That’s what I thought.

Epstein gives numerous examples of the era shift in charm. I’ll list just a couple. In the case of black musicians, compare the Mills Brothers, Duke Ellington, Louis Armstrong, and Ella Fitzgerald with Jay-Z, LL Cool J, and a host of other rappers and hip-hoppers. Anyone attempting to put George Clooney in the same charm league with Cary Grant has a hill to climb. And contrast the amusing and clever lyrics, the smooth melodies of Johnny Mercer, Jerome Kern, Cole Porter, and others with Tin Pan Alley addresses, with the clamor of Elton John or the Rolling Stones. (Younger TAS readers may derive some pleasure from the music of these last two. But to call either their music or their presentation charming would be language abuse. Mick Jagger has danced and pranced across hundreds of stages for the last half century and has yet to make a graceful movement. Epstein styles John as a noisy Liberace with bad sun glasses.)

Of course what and who any of us considers charming varies from person to person as much as our politics do. But regardless if readers’ charm and un-charm lineups resemble Epstein’s, anyone can enjoy Epstein’s insightful and amusing tour d’horizon of charm’s geography and taxonomy. In chapters with names like What Is and Isn’t Charming, Who Isn’t Charming, Charming Rogues, Women Charmers, The Charmingest Generation, Charmless Politics, et al., Epstein takes the full measure of one of life’s pleasures.

I’ll leave it to readers to discover who is in Epstein’s charm lineup, who is a near miss, and who is to be cast into outer charmlessness. The book is worth the trip, even to the relentlessly practical who consider charm less than central to their lives. Just a hint or two: Epstein cites both Noel Coward and Gore Vidal. Guess which side of the charm divide he places these two gents. And I much appreciate his multi-page treatment of Audrey Hepburn, which confirms my youthful decision to fall in love with the screen Audrey. (I’ve always thought that there must be something lacking in the character of men of a certain age who confess to never having been in love with Audrey Hepburn.)

Charm features Epstein’s trademark humor, which ranges from the gentle to the laugh out loud. At no extra cost, readers will benefit from his keen insights, penetrating observations, and lively commentary. Those new to the byline and who enjoy Charm can consult Epstein’s considerable backlist, most volumes of which are still available. But a warning. If you do this, you may fall under Epstein’s considerable literary charm.