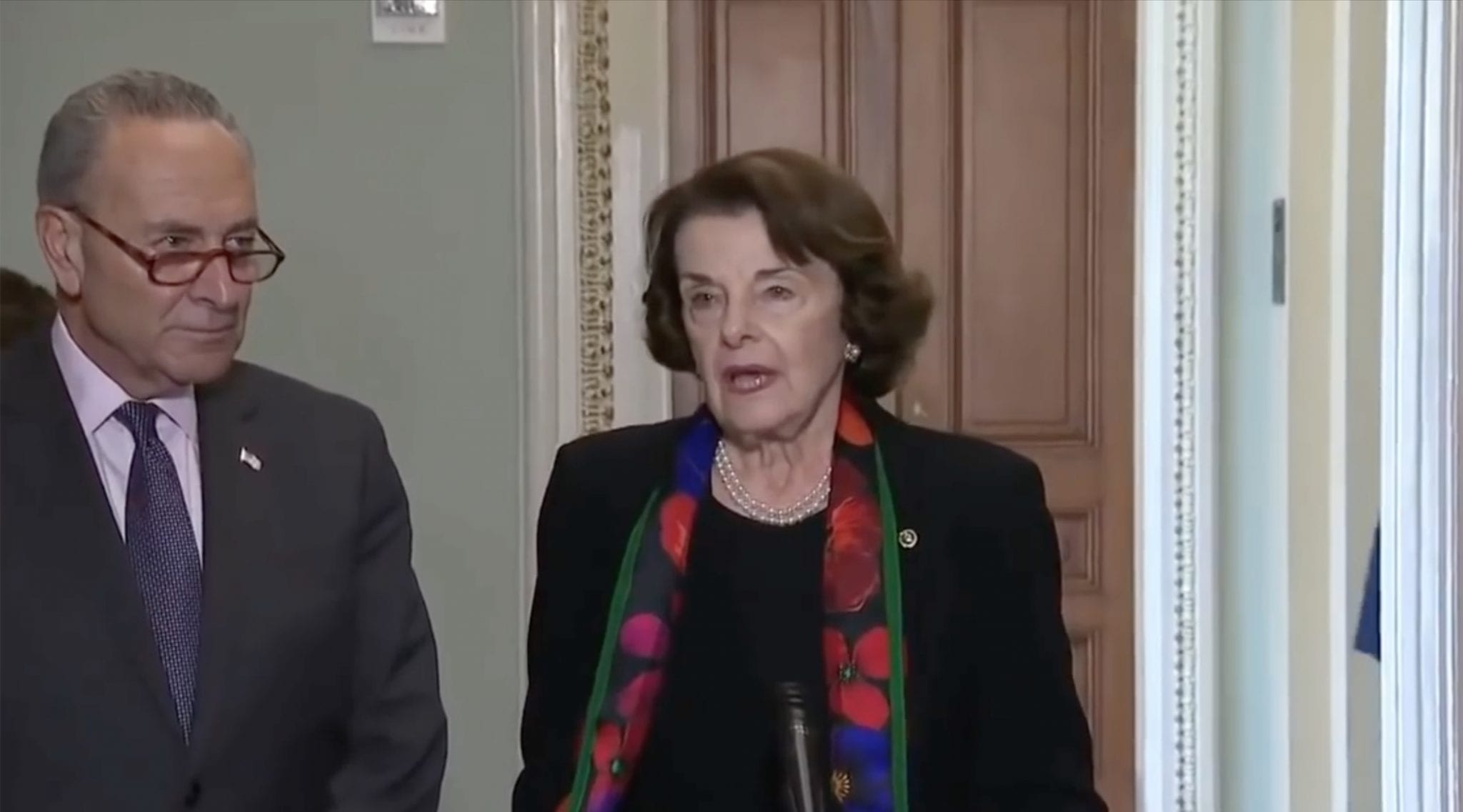 The election of Donald Trump to be president of the United States is viewed by many as a modern political miracle (or, if you’re Hillary Clinton or her fans, a curse). But if you want to find the true political wonder of recent years, the electoral equivalent of feeding thousands from two fish, I offer you the miracle-worker of 2018, Senator Dianne “the Galvanizer” Feinstein.

Although Feinstein likely did not betray Dr. Christine Blasey Ford’s request for anonymity herself, her feckless and reckless handling of Ford’s 36-year-old sexual assault accusation against D.C. Circuit Court of Appeals Judge and Supreme Court nominee Brett Kavanaugh led to a spectacle so outrageous, so beneath the dignity even of an already ignominious Senate Democratic Caucus, that Republicans and non-leftist unaffiliated voters across the nation have come together to oppose the injustice meted out by Feinstein, Spartacus, Kamala Harris, and others against a good man and his family.

It’s a feat that was so obviously beyond anybody’s ability to accomplish — and beyond many people’s interest in accomplishing — that it seemed as unlikely as feeding five thousand hungry souls with two fish and five loaves of bread. (I trust my fellow Jews will not mind my use of a New Testament metaphor.) When it came to uniting the increasing number of factions within the splintered GOP coalition — the #MAGA Trump base, the Never-Trump crowd within elite/elitist conservative media, the “establishment” among elected politicians and the Chamber-of-Commerce/Rotary Club types, evangelical Christians, and libertarian-leaning Constitutionalists — few were trying and none were succeeding.

Not Donald Trump. Not Mitch McConnell or Lindsey Graham (the two Republican heroes of the Kavanaugh story so far), not Jim Jordan or Paul Ryan. Not the NRA; not Citizens United. Not the persistently anti-Trump writers at the Weekly Standard, not the slightly-less-persistent at National Review, nor even my more Trump-friendly colleagues here at The American Spectator.

No, it took Dianne Feinstein to unify the un-unifiable, and to bring us this headline from those right-wing cheerleaders over at NPR: “Amid Kavanaugh Confirmation Battle, Democratic Enthusiasm Edge Evaporates.” Or this from McClatchy: “Republican enthusiasm surges amid Supreme Court battle.” In the latter article, we learn from the National Republican Congressional Committee “that the average (small-dollar) donation total is up 111 percent, and that the committee has raised 194 percent more overall in the last week, again compared to the same timeframe the month before — all signs of grassroots enthusiasm.”

Polls in key Senate races across the country have moved substantially in Republicans’ directions with North Dakota’s endangered Democrat incumbent Heidi Heitkamp, now declared as a “No” vote on Kavanaugh, appearing unrecoverably far behind her challenger, Kevin Cramer. Martha McSally has narrowed the gap in Arizona, while races in Florida, Indiana, and Tennessee remain nail-biters. If Republicans win all of these races, they’ll have to throw a party for their new champion, the unlikely poster child of the depths to which the formerly-loyal opposition will sink in pandering to the ever-more-radical base of the Democratic Party, 85-year-old Dianne Feinstein.

There remain major concerns for the GOP going into the midterms, however: While some critical Senate races are occurring in “red” states, the battle for control of the House — which means the battle over whether the next two years will be one long investigation of, and attack on, President Trump — is taking place largely in suburban districts where the president is unpopular among women and young adults. Just as one example of women’s recent political impact, the Democratic candidate for governor in Virginia — a man — won the female vote by 22 points, a good 5 points more than Hillary Clinton’s margin of victory among those same voters a year earlier.

Those pink-hat-wearing throngs are irate and motivated to vote. But what Feinstein and her Senate Judiciary Committee colleagues have done is remind so many other women that their husbands or brothers or fathers or sons could at any moment have their lives ruined by false (or at least unproven) sexual assault accusations, perhaps decades old, made by a woman with an axe to grind, whether political, business-related, personal or otherwise.

It goes without saying that many politically moderate men who were feeling unmotivated to vote next month have also been shaken out of a complacent stupor and seen the risk that the “guilty until proven innocent” Democrats pose to them, and to their fathers and brothers and sons.

The best thing President Trump has done throughout the Kavanaugh confirmation chaos, with the notable exception of his ill-considered mockery of Christine Blasey Ford at a rally in Mississippi (politically unwise, though quite well delivered), has been to remain, at least by Trump standards, quiet. To the extent that Trump has spoken out on the issue recently, it has wisely been more about the unfairness of Kavanaugh’s treatment than of Dr. Ford’s increasingly suspect testimony.

Trump should keep it that way — mostly silent on this — even after the final vote on Kavanaugh.

This issue has been so unifying, so galvanizing for the broader Republican coalition because it is the first major political issue of the Trump presidency that has very little to do with Trump himself. It’s hardly a secret: the president is a polarizing figure even within his own party. He is particularly polarizing among suburban independents and Republicans in the key House districts mentioned earlier.

If there is a chance for Republicans to avoid living under Speaker of the House Nancy Pelosi, the chance comes from making the election about opposing Democrats, not supporting Trump. The chance comes from making the election in large part about the treatment of Brett Kavanaugh, about Democrats dragging his reputation and his family through mud with shards of broken glass in it, about making the country debate what “Devil’s Triangle” means and about whether a highly respected jurist once “threw ice.”

Which brings us back to our hero of the month, Dianne Feinstein, the person who single-handedly has given Republicans that chance.